Ababco – An eastern Algonquian tribe or sub-tribe, this group originally lived on the Choptank River in Maryland when first encountered by Europeans. They were first mentioned by Thomas Bacon in his Laws of Maryland, published in 1765, as having been connected with the Hutsawap and Tequassimoe, as a distinct tribe; however, later historians believed them to be a division of the Choptank. They were not mentioned in John Smith’s documents of his exploration of the Chesapeake Bay in the early 1600s. By 1837 the entire tribe had dwindled to a few individuals of mixed Indian and African blood. 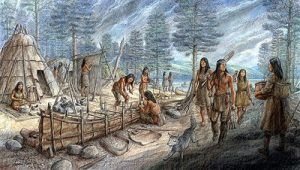 Abenaki (or Abnaki) – Pronounced OBB-uh-nah-kee, the name means “people of the dawn.” The Abenaki were a linguistic and geographic grouping, rather than a single tribe. They were made up of numerous smaller bands and tribes who shared many cultural traits. Their homeland, which they called Ndakinna meaning “our land” extended across most of northern New England, southern Quebec, and the southern Canadian Maritimes.

Aberginian – A collective term used by the early settlers on Massachusetts Bay for the tribes to the north. They were described in 1654 as consisting of the Massachusett, Wippanap, and Tarratine tribes. The name may be a corruption of Abnaki or a misspelling for “aborigines.” The Wippanap were evidently the Abenaki, while the Tarratine are the same Indians or a part of them.

Abihka – Abihka was one of the four mother towns of the Muscogee Creek Confederacy. Abihka is also used to refer to all Upper Creek (or Muscogee) people. The Abihka were the remnants of the 16th century “Chiefdom of Coosa,” which was a powerful Native American chiefdom in Georgia. Their main place of residence was along the banks of the Coosa and Alabama Rivers, in what is now Talladega County, Alabama. The bulk of the Natchez people settled with the Abihka after being dispersed by the French in the 18th century. After their removal to the Indian Territory, Abihka refugees established a ceremonial stomp dance ground located near Henryetta, Oklahoma.

Abittibi – A little known Algonkin band whose habitat has been the shores of Abittibi Lake, in Ontario, Canada. The first recorded notice of them is in the Jesuit Relations for 1640. In the Jesuit Relations of 1660, the Iroquois warred upon them and two other tribes of the same area. The French explorer Daniel Greysolon Sieur du Lhut included them in a list of nations living north of Lake Superior in 1684. They were estimated by Chanvignerie in 1736 to be 140 warriors living with the Tětes de Boule. He mentions as totems — the partridge and the eagle. They were reported by the Canadian Indian Office to number 450 in 1878, after which date they are not officially mentioned. 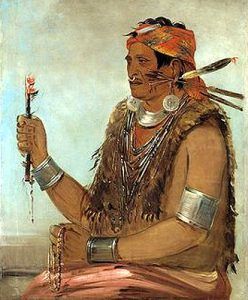 Absentee Shawnee – The Absentee are a division of the Shawnee tribe who originally lived in the eastern United States, in Ohio, Indiana, Illinois, Kentucky, Tennessee, Pennsylvania, and other neighboring states. These Algonquian-speaking people traveled widely through lands from Canada to Florida and from the Mississippi River to the eastern continental coast. Today they are one of three Shawnee tribes in Oklahoma.

Accohanoc – A tribe of the Powhatan Confederacy, they formerly lived on the river of the same name, in Accomac and Northampton Counties of Virginia. They were described as having 40 warriors in 1608. Later, they became mixed with African-Americans and what was left of them were driven off during the Nat Turner insurrection in about 1833.

Accominta/Agamenticus – A small tribe or band of the Pennacook Confederacy, they first occupied a village of the same name at or near the site of present-day York, Maine, to which the name “Boston” was given on some early maps. English explorer, Captain John Smith said that they were allied with other tribes immediately north of them, and were subject to attacks by the Penobscot, which would seem to place them in the Abnaki Confederacy, though later they were correctly included in the Pennacook Confederacy.  Under what name the Accominta people were subsequently recognized is not known. 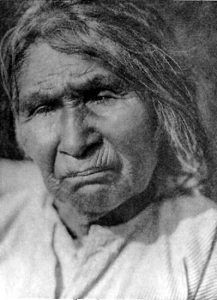 Achomawi – A division of the Shastan family, they formerly occupied the Pit River country of northeast California, with the exception of the Burney, Dixie, and Hat Creek Valleys, which were inhabited by the Atsugewi. They had a principal village near Fallriver Mills in  Shasta County. The languages of the Achomawi and the Atsugewi, while unquestionably related, are strikingly unlike. The term Achomawi was also used by some historically as all the Pit River Indians.

Achiligonan – A tribe or band, who, between 1640 and 1670, were living on the north shore of Lake Huron, about the mouth of French River and westward

Acolapissa – Of Choctaw lineage this band formerly lived on Lake Ponchartrain, about the coastal lagoons, and on the Mississippi River, in Louisiana. Early French writers derived the name from the Choctaw káklo pisa, meaning “those who listen and see.”  The name appears to have been used by an early author; to include several tribes — the Bayogoula, Mugniasha, and others. They were said to have had six or seven different villages, but, suffered severely from an epidemic about 1700. They later settled north of New Orleans and what was left of them were absorbed into the Houma tribe.

Acquintanacsnak – A tribe or sub-tribe which English explorer, Captain John Smith encountered living on the west bank of Patuxent River in present-day St Mary’s County, Maryland. They lived near to and were allied with the Patuxent and Mattapanient tribes, and were described as having about 200 warriors within the three tribes. The principal village bore the tribal name and was situated at the mouth of a small creek. Captain Smith described them as “the most civil to give entertainment.” Although they had a chief, it is doubtful whether they formed a distinct tribe and may have been a band or division of the Patuxent. The name later dropped from documentation without indication of the extinction of the people, very likely because subsequent and more correct information showed that they were a division of another well-known tribe.

Acuera – Part of the Timucuan linguistic division of the Muskhogean family, the Acuera were located at the headwaters of the Ocklawaha River in Florida. They were first noted by the Spanish explorer, Hernando de Soto, in a letter written at Tampa Bay to the Civil Cabildo of Santiago de Cuba. De Soto described where they lived as being “a large town where with much convenience we might winter.” though the Spaniards did not pass through the village, while they were at Ocale, they sent to Acuera for corn. The name appears later in French explorer, René Goulaine de Laudonnière’s narrative of the second French expedition to Florida in 1564-65, as a tribe allied with the Utina. Later, they were noted briefly in Spanish documents and in 1604, an encounter between the tribe and Spanish troops. By 1655, there were two Acuera missions — San Luis and Santa Lucia, both of which had disappeared by 1680. The inland position of the Acuera is partly responsible for the few early descriptions of them. Later, the tribe was probably gathered into the “Pueblo de Timucua,” which stood near St. Augustine, Florida in 1736, and was finally removed to the Mosquito Lagoon and Halifax River in Volusia County. The tribe is entirely extinct today.