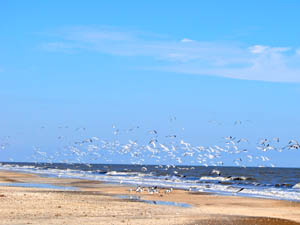 The Avoyel people were a small tribe Natchez-speaking band who called themselves Tamoucougoula. The word Avoyel is of French derivation and means either “Flint People” or “the people of the rocks,” reflecting their active trading of flint for tools.

Said by French explorers to have numbered about 280 people in 1698, they soon began to decline. In the 18th century, they were were one of the nations living along the Red River, having their villages near its mouth, within what is now Avoyelles Parish, Louisiana. They probably belonged to the Caddoan family, the tribe representing a group that had remained near the ancient habitat of its kindred.

The country occupied by the Avoyel was fertile and intersected by lakes and bayous. Living in villages, they cultivated maize and vegetables and practiced the arts common to the tribes of the Gulf region. Nothing definite is known of their beliefs and ceremonies. Like their neighbors, they had come into possession of horses, which they bred, and later they obtained cattle. During the general displacement of the tribes throughout the Gulf states, which began in the 18th century, the Avoyel country proved to be attractive.

The Biloxi settled there and other tribes entered and took possession. The Avoyel mingled with the newcomers, but through the ravages of wars and new diseases, the tribe was soon reduced in numbers. Before the close of the century, their villages and their tribal organization had melted away. According to John Sibley, an Indian agent, the tribe had become reduced to two or three women by 1805. The Avoyel survivors were believed to have been absorbed by marriage into the neighboring Tunica, Ofo, and Biloxi peoples who had moved to the area sometime in the late 1780s or 1790s because of encroachment by Euro-Americans at their previous locations.

Today, a non-profit organization called the Avoyel-Taensa Tribe/Nation of Louisiana, Inc. exists in Marksville, Louisiana. There is an Archeological period named after the Marksville site which dates back between 1 A.D. and 400 A.D. This period was when the mound-building was at its peak.