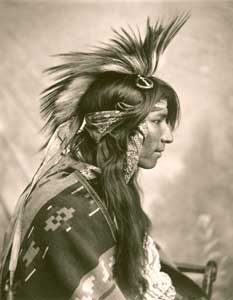 One of the largest native groups in North America, the name “Cree” comes from “Kristineaux”, or “Kri” for short; a name given to them by French fur traders.

The Cree are indigenous people that originally lived in Manitoba, Canada, however, one branch later moved southwest to adopt a buffalo-hunting culture. This group, referred to as the Plains Cree, lived from Lake Superior westward in northern Minnesota, North Dakota, and Montana.

Living as hunter-gatherers, the Cree people lived in lodges comprised of several groups who moved and hunted together. Within each lodge were several family groups of about 8-12 people who lived together in the same wigwam or tipi. Separate lodges were part of larger bands that could be formed and dissolved with relative ease. In the case of disagreement, lodges could leave bands, but, as there was safety in numbers, a departing lodge would quickly find another band with which to travel and dwell. Various bands usually had ties to other neighboring bands through intermarriage often assembled to hunt and socialize together. Though each band was independent, they sometimes also joined together when facing outside enemies. If they went to war, the various bands would nominate a temporary military commander, called a okimahkan, which loosely translated as “war chief”.

The Cree were first contacted by Europeans in 1682, at the mouth of the Nelson and Hayes Rivers in northern Manitoba, Canada by a Hudson’s Bay Company party traveling about 100 miles inland. Contact was made again with southern bands in 1732 in northwestern Ontario when Pierre Gaultier de Varennes met with an assembled group of 200 Cree warriors and members of the Monsoni tribe, a branch of the Ojibwe (Chippewa), near present-day Fort Frances. At that time, the Indian groups were wearing war paint and were preparing an attack on the Dakota Sioux and another group of Ojibwe Indians. 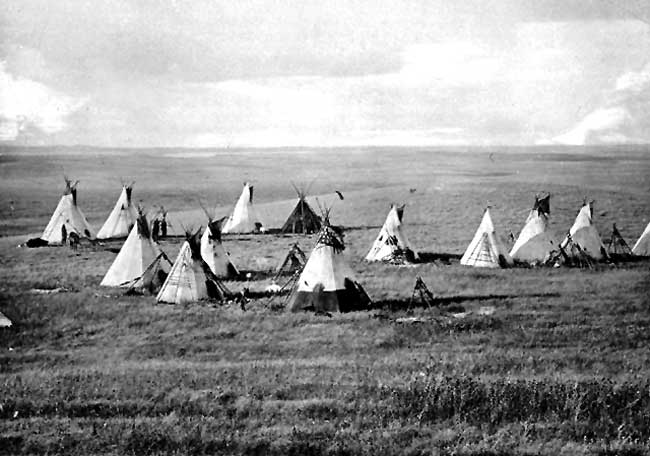 From the Hudson’s Bay Company, the Cree acquired firearms and many moved into the plains as middlemen with the fur trade company. Although warlike, the Cree were friendly to fur traders, and their history closely follows that of the Hudson’s Bay and North West fur companies. Many Cree people intermarried with the French and later Scottish settlers to form a mixed-blood people known as the Metis.

For many years, the influx of European settlers into America had little effect on the daily life of the Woodland Cree in northern Canada. However, the Plains Cree took on the “horse culture” of the Plains Indians and became bison hunters. Those Cree who moved onto the Great Plains and adopted bison hunting were allied with the Assiniboine and the Saulteaux in what was known as the “Iron Confederacy”. This group became a major force in the North American fur trade from the 1730s to the 1870s.

Over time, the expansion of European settlers and the loss of the buffalo herds forced the Plains Cree to move to reservations and take up farming. In Canada, the Metis and Cree fought the Canadian government forces when the building of the Canadian Pacific Railroad encroached upon their lands. Finally, in 1885 they were defeated. 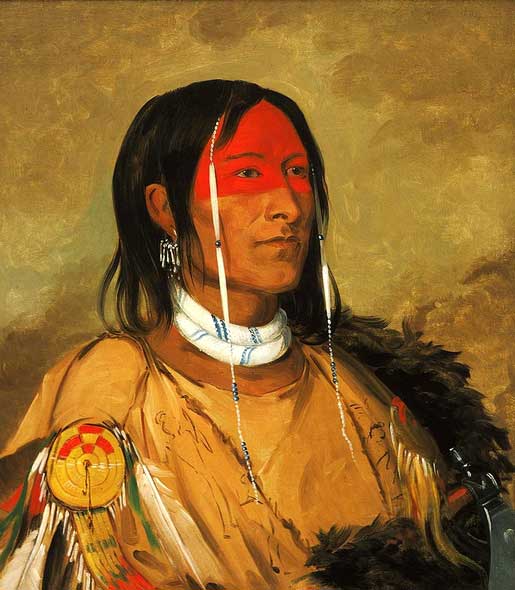 The Rocky Boy Reservation, lying in the rolling foothills and plains of the Bear Paw Mountains north-central Montana, encompasses approximately 128,000 acres. It is home to 55% of the approximate 6,500 enrolled Chippewa & Cree tribal members. The tribe calls themselves “Ne Hiyawak” which means “those who speak the same language”. The name “Rocky Boy” was derived from the name of a leader of a band of Chippewa Indians. The reservation’s economy is primarily supported by agriculture and livestock. The tribe celebrates Rocky Boy’s Pow Wow annually in August.