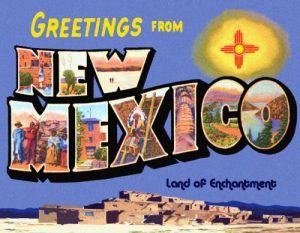 New Mexico Legends was the first “chapter” of Legends of America because of my love of the Moreno Valley area of New Mexico.

Spending every summer in the Moreno Valley with my grandparents, I fell in love with the majestic peaks, peaceful silences, and rich history.  I vividly remember huddling around the potbelly stove in my grandparents’ old miner’s cabin in Idlewild, watching papa prepare his tackle box on his way to Eagle Nest Lake and grandma cooking breakfast on the cast iron stove.

Grandma was always taking us to see the sites of the area, from Elizabethtown to drinking the cool waters from the log at Clear Creek, watching the construction crews when Angel Fire was being built, and exploring the old Klondike Mine in Idlewild, where my sister (shame on her) carved her name into the wall in 1967. This publication is truly a labor of love and a tribute to my deceased grandparents, Ben and Irene Foster of Stinett, Texas.

A nostalgia buff from birth, grandma perpetuated that interest. I’ve always known that I longed to learn more about the history of this beautiful valley and share my enthusiasm with all of you that are fortunate to live there and visit.

Enjoy the Land of Enchantment! 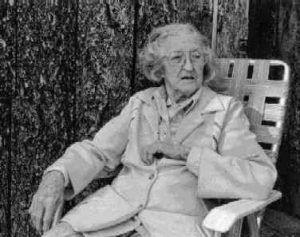 Thava Irene Foster, my grandma from Stinnett, Texas, sitting in front of our old Idlewild cabin. She was and is the inspiration for Legends of America. – Kathy

New Mexico Flag – The yellow field and red symbol colors are the colors of Spain. First brought to New Mexico by Spanish explorers in 1540. On New Mexico’s flag, we see a red sun with rays stretching out from it. There are four groups of rays with four rays in each group. This is an ancient sun symbol of a Native American people called the Zia. The Zia believed that the giver of all good gave them gifts in groups of four. These gifts are:

These are bound by a circle of life and love, without a beginning or end. 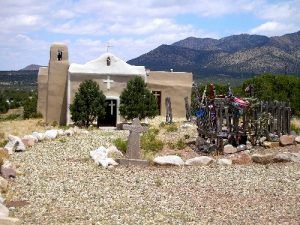 The 1830’s San Francisco Church in Golden is one of the most photographed sites along the Turquoise Trail. Photo by Kathy Weiser-Alexander.

Little has changed at the Taos Pueblo in the last century. Kathy Weiser-Alexander. 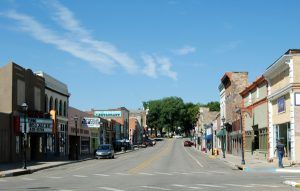 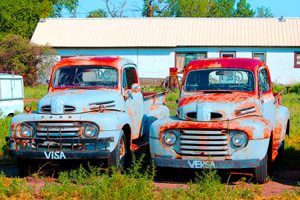 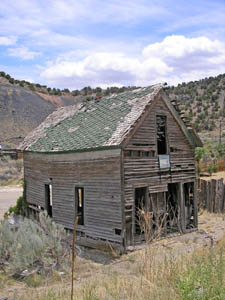 The Civil War in New Mexico

Across the Continental Divide on Route 66

Cline’s Corners – Middle of Nowhere & the Road to Everywhere

Idlewild and the Klondike Mine

Endee to San Jon – Another Ghostly Stretch of Route 66

Gallup – Indian Center of the Southwest

The Largest Land Grant in History

Moriarty to Tijeras on the Salt Missions Trail

The Flood At Santa Fe – A Miracle Legend

The Treacherous Raton Pass on the Santa Fe Trail

Phantom Poker at the St. James

Ghost Hunters at the St. James