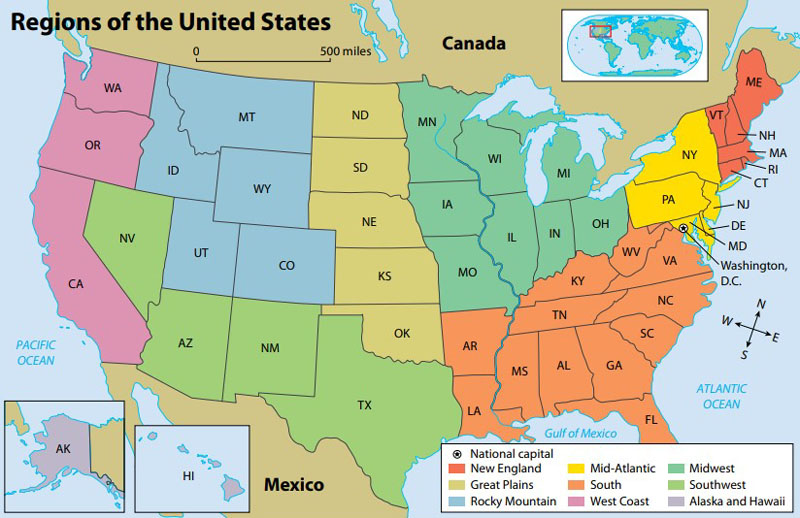 “Not merely a nation but a nation of nations.” 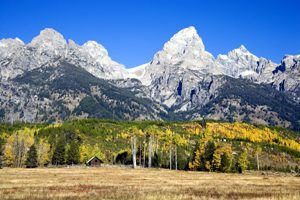 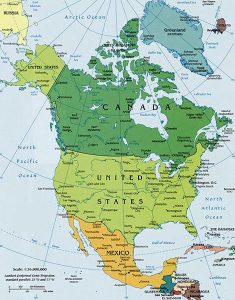 Comprised of some 3.7 million square miles, the United States is the third biggest nation in the world and nearly the third largest in terms of population. Bordered by Canada to the north and Mexico to the south, the contiguous 48 states are in between. Alaska is at the northwestern end of North America, separated from the Lower 48 by Canada, while Hawaii lies far to the southwest of the mainland in the Pacific Ocean.

The United States is made up of 50 states, which are often grouped into different regions with each region having its own geographic characteristics, such as climate and natural resources, culture, and other unique features that set it apart from other regions.

Over time, eight distinct regions, encompassing 48 states, emerged in the continental United States: New England, the Mid-Atlantic, the South, the Midwest, the Great Plains, the Rocky Mountains, the Southwest, and the West Coast. Alaska and Hawaii are not physically joined to the other 48 states, but they are part of the political region of the United States.

Government agencies have different ways of grouping the states based on geography, culture, and other factors. This grouping of regions is based on the Core Knowledge Sequence that describes the shared knowledge that all children should learn in U.S. schools.

Across the nation, the landscape varies widely from tropical beaches in Florida, rolling prairies in the Midwest, high peaks in the Rocky Mountains, barren deserts in the West and dense wilderness areas in the Northeast and Northwest. Interspersed in between are the Great Lakes and the Mississippi River in the Midwest, the Grand Canyon in the Southwest, the majestic Yosemite Valley and Yellowstone in the West, and numerous other natural wonders. And, like its geography, the weather of the United States also varies widely from tropical in Hawaii and Florida, arctic in Alaska, semiarid in the plains west of the Mississippi River and arid in the Great Basin of the southwest.

The country is divided into six regions: New England, Mid Atlantic, the Southeast, the Midwest, the Southwest, and the West.

The first Thanksgiving in 1621

New England — Comprised of Connecticut, Maine, Massachusetts, New Hampshire, Rhode Island and Vermont, the geography of this region is diverse for such a small area, which includes coastal plains, rolling hills, and the northern end of the Appalachian Mountains. It was here that the first Europeans settled in what would become the United States, including the pilgrims at Plymouth Harbor, Massachusetts who celebrated the nation’s first Thanksgiving in 1620. New England is home to Acadia National Park in Maine and the Cape Cod National Seashore in Massachusetts. Rhode Island is the nation’s smallest state and Boston is the largest city in the region. 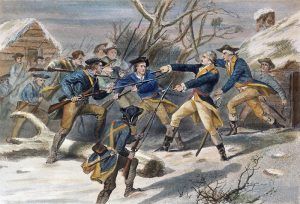 Mid-Atlantic – Including the states of New York, New Jersey, Pennsylvania, Delaware, Maryland, and Washington D.C., this region has a varied geography with a broad, flat coastal plain lining the Atlantic shores. With the exception of Pennsylvania, these states border the Atlantic Ocean, hence the name.

It was in this region that much of the American Revolution was fought and the Declaration of Independence signed in Philadelphia on July 4, 1776. The Nation’s capitol, Washington D.C. is located here along the Potomac River. With numerous industrial areas, this region attracted millions of European immigrants and gave rise to some of the East Coast’s largest cities: New York, Baltimore, and Philadelphia. The climate in the northwest is humid with cool summers in the northernmost areas. Snow falls during the winter as the temperatures are regularly below freezing. Major geographical areas of the region include the Appalachian Mountains, Atlantic Ocean, Great Lakes and the border with Canada to the north. Much of the economy is based on industry, trade, commercial farming, and some commercial fishing. New York City is the most populated city in the United States.

South – Including Alabama, Arkansas, Florida, Georgia, Kentucky, Louisiana, Mississippi, North Carolina, South Carolina, Tennessee, Virginia and West Virginia, the Southeast is a region of subtropical forests and, near the gulf coast, wetlands, especially in Florida. This region is home to Shenandoah National Park in Virginia, Smoky Mountain National Park in North Carolina and Tennessee, the Everglades in Florida, and more. Virginia was the birthplace of eight presidents. Atlanta’s Hartsfield Airport is the busiest in the world. These states all struggled after the Civil War. The climate in the Southern region is humid subtropical with hot summers. Hurricanes can reach landfall in the summer and fall months along the Atlantic and Gulf coasts. Major geographical features include the Appalachian Mountains, Atlantic Ocean, Gulf of Mexico, and the Mississippi River. Much of its economy is based on commercial farming, areas of industry, and oil drilling. 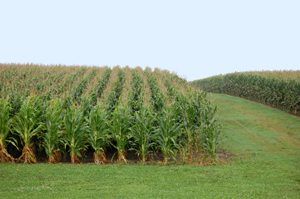 Midwest – Called the “Nation’s Breadbasket,” this region includes Illinois, Indiana, Iowa, Michigan, Minnesota, Missouri, Ohio, and Wisconsin. West of the Appalachian Mountains lies the Mississippi River basin and two large eastern tributaries, the Ohio River and the Tennessee River. The Ohio and Tennessee Valleys and the Midwest consist largely of rolling hills and productive farmland. The climate here is generally humid throughout the region with snow common during the winter, especially in the northern areas. The region is known for Chicago — “the Windy City” and the beginning of the meat-packing industry, Detroit, the motor city, the five Great Lakes, and St. Louis and the Gateway Arch. The region’s economy is primarily based on major commercial farming and manufacturing.

Antelope on the Plains of Southwest Kansas by Kathy Weiser-Alexander.

Great Plains – Comprised of Kansas, Nebraska, North Dakota, South Dakota, and Oklahoma, this region occupies the northern central part of the United States. This broad expanse of flat land lies west of the Mississippi River and east of the Rocky Mountains. Before the general conversion to farmland, the Great Plains were noted for extensive grasslands. Elevation rises gradually from less than a few hundred feet near the Mississippi River to more than a mile high in the High Plains. The climate includes cold winters and warm summers and the precipitation varies from year to year with much of the winter precipitation in the form of snow. Much of the economy is based on commercial farming and cattle ranching. The region is associated with “Tornado Alley” and dust storms, buffalo, Native Americans hunting on horseback, the last Indian wars, cattle trails, the Homestead Act, and western expansion.

Rocky Mountains – Home of rolling plains, high mountain peaks, the cowboy, and the pioneering spirit of the United States, this region includes Colorado, Idaho, Montana, Utah, and Wyoming. Here, the climate includes cold winters with much snow and warm summers. The economy is mostly based on tourism and some commercial farming. Early settlers came here working in the fur trade and to mine valuable metals. The region is known for skiing, growing potatoes in Idaho, the Mormon Church in Utah, and beautiful parks including Yellowstone and Rocky Mountain National Park. The Rockies also extend into northern New Mexico and Washington state as well as Canada. The region is best known for its numerous recreational opportunities including skiing and snowboarding in the winter, and road and mountain biking, hiking, camping, kayaking, horse-back riding, and white water rafting in the summer. 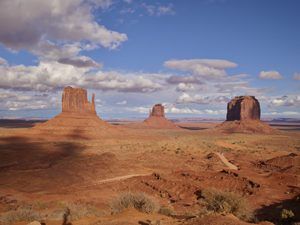 Southwest – Including Arizona, New Mexico, Nevada, and Texas the Southwest is known for its beautiful stark landscape of prairie and desert. However, the geography of the Southwest is actually varied, made up of Coastal Plains, Great Plains, and the Rocky Mountains. The Southwest is drier than the adjoining Midwest in the weather. The population is less dense and, with strong Spanish-American and Native-American components, more ethnically varied than neighboring areas. Two major rivers flow through this region — the Rio Grande flows out of the Rocky Mountains, forming the border between the United States and Mexico; and the Colorado River flows through the Grand Canyon, falling more than 1,000 feet in elevation. Major geographical features include the southern Rocky Mountains, Colorado River, Grand Canyon, Carlsbad Caverns, Gulf of Mexico, and the Mexico border to the south.

West Coast – Home of rolling plains, high mountain peaks, and deserts, this region includes Alaska, California, Hawaii, Oregon, and Washington. This diverse region ranges from endless wilderness to barren desert, coral reefs to Arctic tundra, and Hollywood to great national parks. Along the Pacific coast is a series of low mountain ranges and much of the Pacific Northwest coast is inhabited by some of the densest vegetation outside of the Tropics, and also the tallest trees in the world (the Redwoods). Alaska also features rugged mountains as well as river valleys and much of Hawaii’s landscape is dominated by volcanic topography. The west is home to the highest place in the United States – Denali (Mt. McKinley) at 20,320 feet and the lowest place at Death Valley with an elevation of 282 feet below sea level.

The region displays a range of climates including semiarid and alpine mountain areas, hot summers and cool winters along the southern coast, mild winters and summers but with much rain year-round in the northwest. The economy is primarily based on mining, cattle ranching, light industry, lumbering, and dairy products. The coast is known for the California Gold Rush, mining towns, Spanish influences in architecture, and a broad diversity of people.

“The dark and mysterious Ohio, and Cincinnati and dawn. Then Indiana fields again, and St. Louis as ever in its great valley clouds of afternoon, the muddy cobbles and the Montana logs, the broken steamboats, the ancient signs, the grass and the ropes by the river. The endless poem. By night Missouri, Kansas fields, Kansas night-towns in the secret wides, crackerbox towns with a sea for the end of every street, dawn in Abilene.”

— Jack Kerouac, On the Road 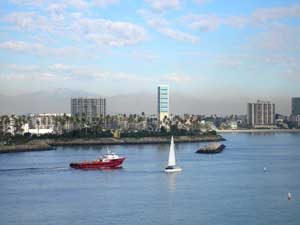