California Coastal National Monument, by the Bureau of Land Management 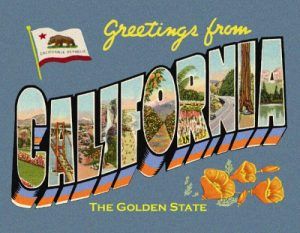 California is rich with history and attractions where you can experience clear blue lakes, vast deserts, the Pacific Ocean, giant redwoods, and massive mountains.

As you travel around California, you’ll be struck by the state’s astounding cultural diversity and sense of prosperity. You will also be struck by its natural beauty; towering forests, remote wilderness, and significant landmarks.  Its incredible mountains are just hours away from beautiful beaches and deserts.

California Flag – The historic Bear Flag was raised at Sonoma on June 14, 1846, by American settlers in revolt against Mexican rule. William Todd designed the flag on a piece of new unbleached cotton. The star imitated the lone star of Texas. A grizzly bear represented the many bears seen in the state. The word “California Republic” was placed beneath the star and bear. The 1911 State Legislature adopted it as the State Flag. 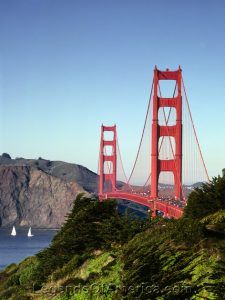 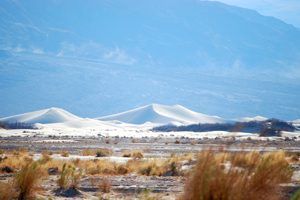 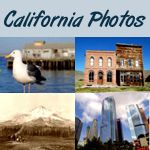 Vintage and Modern Photographs of California.

Barstow – Where The Trails Meet

Ghost Town Stretch of the Mojave Desert on 66

Hollywood – Home of the Stars

The Inland Empire on Route 66

Needles – Gateway To The Colorado River

Placerville – Hub of the Mother Lode

Santa Monica at the End of the Mother Road