Nabedache – A tribe from eastern Texas, their name means “blackberry place” in the Caddo language. The Nabedache was the western branch of the Hasinai branch of the Caddo Confederacy. Their traditional territory was located between the Neches and Trinity Rivers. European contracts brought devastating diseases, and the Nabedache suffered an epidemic in 1690-91. Their principal village was 12–15 miles west of the Neches River in the ensuing century. The tribe moved further up the Neches between 1779 and 1784. Ultimately, they were forced to relocate to the Wichita Reservation in Indian Territory in the 19th century. Today they are enrolled in the Caddo Nation of Oklahoma.

Nacisi – Also known as Nacassa and Nahacassi, this tribe was probably a Caddoan group. They lived on the Red River in Louisiana. In 1790 they had moved out of that area and were under the jurisdiction of the Nacogdoche Indians in Texas.

Nacogdoche – The Nacogdoche are a Caddoan tribe of the Hasinai group in eastern Texas who lived in the vicinity of present-day Nacogdoches in the 17th and 18th centuries. In 1716 the Nuestra Señora de Guadalupe de los Nacogdoches Mission was established in the principal Nacogdoche settlement and was intermittently maintained until 1773. The tribe was significantly reduced by disease and warfare by 1800. Many of the Nacogdoche were absorbed by the population of the Spanish settlement established at Nacogdoches in 1779, while others lost their identity among other nearby Hasinai tribes. Descendants of the Nacogdoche Indians are probably included in these Hasinai survivors, who today live in Caddo County, Oklahoma.

Nakota, aka Yankton, Yanktonai – Nakota is the name they give themselves and means “Allies” or “Confederates,” expressing their intimate relationship with the Dakota and Lakhota Sioux tribes. The Yankton lived in the southern part of what is now South Dakota, and the Yanktonai lived to the north. They lived in teepees and were, in most other respects, of the Plains’ Culture. They generally displaced the more sedentary Arikara in the north; in the south, they fought the Pawnee. They now live on the Crow-Creek and the Lower Brule Reservations in central South Dakota.

Naltunnetunne – An Athapascan tribe formerly living on the coast of Oregon between the Tututni and the Chetco tribes, their name means “people among the mushrooms. They had a dialect distinct from the Tututni that is no longer spoken. Like many other West Coast Indian tribes, the Naltunnetunne Indians were relocated to the Siletz Reservation in Oregon during the 1800s and merged with other native peoples. In 1877 they numbered 77 people.

Nanatsoho – Part of the Kadohadacho branch of the Caddo Confederacy, the Nanatsoho lived at the border of Arkansas, Oklahoma, and Texas. During the late 17th and early 18th centuries, they settled along the Great Bend of the Red River in present-day Bowie and Red River Counties. Henri Joutel, a French adventurer, was the first known European to have contact with the tribe in 1687. Ultimately, they assimilated into other Kadohadacho tribes in the 19th century and are enrolled in the Caddo Nation of Oklahoma today.

Napissa – This tribe was united with the Chickasaw, living in adjoining villages and speaking the same or a similar language. They disappeared from history early in the 18th century, probably absorbed by the Chickasaw.

Napochi – A Muskogean tribe, they lived near the Coosa River in Alabama. In 1560 they were known to have been at war with the Coças (Creek). Sometimes known as the Napochee, they were relatives of the Chickasaw and Choctaw tribes. The Napochi no longer exist as a distinct tribe and are believed to have merged into the Chickasaw, Choctaw, and Acolapissa tribes.

Narragansett – There were more than 10,000 Narragansett in the early 1600s, but this had dropped to half that number by 1674. Today they are a federally recognized tribe in Rhode Island.

Natchez – The Natchez are a Native American people who originally lived in the Natchez Bluffs area near the present-day city of Natchez, Mississippi. They were socially advanced people whose language had no known affinities. The Natchez are noted for having distinct social classes that dictated their responsibilities and privileges. Today, most Natchez families and communities are found in Oklahoma, mainly within the Cherokee and Creek nations. The last speaker of the language died in 1965.

Natchitoches – From Louisiana, this tribe was part of the Caddo Confederacy. In the early 17th century, they were joined by some of the remnants of the Kadohadacho, a tribe with many members who had been killed or enslaved by the Chickasaw. They settled on the Cane River around present-day Natchitoches, Louisiana, a city named after the tribe. The Natchitoches does not exist as a distinct tribe today. They merged with other Caddoan tribes in the 1700s. They are enrolled in the Caddo Nation of Oklahoma today.

Nauset – Shortly after Columbus voyaged to the New World in 1492, a steady stream of European explorers, fishermen, and adventurers began regular visits to the coast of New England. Located on a landmark as evident as Cape Cod, the Nauset had contact with Europeans at an early date, but these first meetings were not always friendly. Through the years, the native community at Mashpee has become associated with the Wampanoag, although many of its members are descendants of the Nauset. The current population is about 1,100. 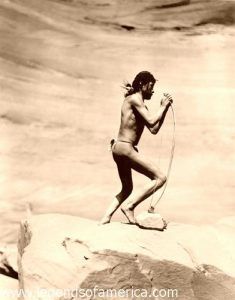 Navajo – Native Navajo economy relied on agriculture and livestock such as sheep, goats, and horses. They planted corn, beans, and squash fields and practiced hunting and gathering to obtain even more plant foods. Navajo life became difficult after western contact.

Neusiok – Also known as the Neuse tribe, they were thought to have been of Iroquoian stock. In 1584 they occupied the country on the south side of the lower Neuse River, within the present Craven and Carteret Counties, North Carolina. They were at war with the more southerly coast tribes. In the later colonial period, the Indians of the same region were commonly known as Neuse Indians. They had dwindled by the year 1700 to 15 warriors in two towns, Chattooka and Rouconk. They probably disappeared by incorporation with the Tuscarora.

Neutrals – The tribe was originally located in southern Ontario, north of Lake Erie. Their territory also included some of western New York (east and south of Niagara Falls) and a portion of southeastern Michigan near Detroit. In 1641 2,000 warriors of the Neutrals attacked a large, fortified Asistagueronon village in central Michigan (presumed by location to have been Mascouten). After a ten-day siege, the village was overrun, and 800 prisoners were taken. Women and children were taken back to the Neutrals’ villages, but the men were blinded and left to wander in the woods until they were starving. Eventually, the tribe drifted south, migrating into several other tribes. Some of the blood of the Neutrals probably still flows in the veins of the Seneca in Oklahoma.

Neketemeuk – Thought to have been a Salishan tribe who lived above the Dalles, Oregon. Later historians discredited the existence of an independent tribe of this name.

Nemalquinner – A Chinookan tribe, they lived at the Willamette Falls in Oregon when Lewis and Clark met them in 1806. They also had a temporary house on the north end of Sauvies Island. They numbered 200 in 4 houses.

Nespelem – A small Salishan tribe of Washington state, they are relatives of the Okanagan tribe and speak the same language. In the 1800s, many other native tribes of Oregon were moved onto Nespelem land by the US government, which eventually became the intertribal Colville Reservation, where most Nespelem descendants still live today.

Nez Perce – The largest ethnic group in the Columbia Plateau, in western Idaho, northeast Oregon, and southeast Washington, the Nez Perce were closely related to the Cayuse, Tenino, and Umatilla tribes to their west. Their name means “pierced noses,” given to them by French traders.

Nipmuc – The Nipmuc generally lived along rivers or on the shores of small lakes and seemed to have occupied the area for as far back as can be told. Like other New England Algonquin, the Nipmuc were agricultural. They changed locations according to the seasons but always remained within the bounds of their territory. Part of their diet came from hunting, fishing, and gathering wild food, but as a rule, they did not live as well as the coastal tribes who had the luxury of seafood. Each group was ruled by its sachem, but there was little political organization beyond the village or band level. Only two identifiable groups of Nipmuc have survived to the present day. Both are recognized by the Commonwealth of Massachusetts and have nearly 1,400 members, 250 of whom live in Connecticut (which has not recognized the Nipmuc). The Hassanamisco have a small two-acre reservation at Grafton, Massachusetts. The Chaubunagungamaug have a privately owned ten-acre reservation in northeast Connecticut. Although both groups have applied, neither is federally recognized.

Nootka – A confederacy of 20 or more tribes of mountainous western Vancouver Island who all speak closely related dialects belonging to the Wakashan language family. They had a hunter-gatherer economy with extensive reliance upon fishing, including the hunting of whales. Well-crafted dugout canoes were used to ply the ocean. The Sky and Thunder gods were important in their religious beliefs, as were the Wolf Spirits. At a certain point in their lives, Nootka boys were abducted by men impersonating Wolf Spirits. They were taken away and taught wolf songs and dances. In a mock battle before, men of the tribe rescued their boys and drove away the Wolf Spirits. The Nootka also practiced the ritual giving away of wealth known as “potlatch,” the word itself coming from the Nootka patchatl, “sharing.” Today the Nootka live in 18 villages scattered about western Vancouver.