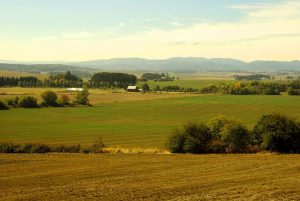 The Kalapuya Family of Native Americans is a group of tribes that formerly occupied the Willamette River Valley in northwest Oregon, and spoke closely related languages. The Kalapuya people are believed to have entered their historical homeland in the Willamette Valley by migrating from the south of the valley northwards and forcing out earlier inhabitants. They seem to have confined themselves to this territory, except in the case of one tribe, the Yoncalla, which pushed southward to the valley of the Umpqua.

The Kalapuya did not belong to a single homogeneous tribal entity, but rather, to multiple autonomous subdivisions. Their major tribes were the Tualatin, Yamhill, and Ahantchuyuk in the north, the Santiam, Luckamiute, Tekopa, Chenapinefu in the central valley, and the Chemapho, Chelamela, Chafin, Peyu (Mohawk), and Winefelly in the southern Willamette Valley. The most southern, Yoncalla, had a village on the Row River and villages in the Umpqua Valley and so lived in both valleys.

The game, in which the country abounded, and roots of various kinds constituted their chief food supply. Unlike most of the Indians of the region they did not depend on salmon, which are unable to ascend the Willamette River above the falls, and at which point the Kalapuya territory ended. The tribe made use of obsidian obtained from the volcanic Cascade ranges to the east, to fashion sharp and effective projectile points, including arrowheads and spear tips. Trade with other tribes in the region was a significant activity of the Kalapuya where they obtained dried and smoked salmon, bison products, Pacific coast shells, and other products at trading centers and festivals.

The Kalapuyans married extensively with neighboring bands and counted among the Chinookan especially important wealthy kinship relations. The patriarchal Kalapuyan society had divisions by wealth and personal property. Special religious leaders were also recognized as a distinct class. They were believed to possess supernatural predictive or healing powers and might be either male or female. Marriage was arranged by purchase and was accompanied by certain curious ceremonials. Flattening of the head by frontal-occipital pressure was practiced. 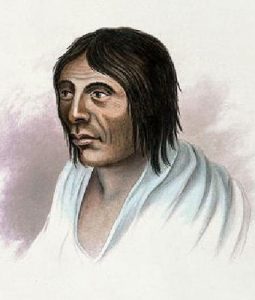 Labor was differentiated within the tribal group according to gender. Males engaged in fishing, hunting, and warfare, as well as tool manufacturing and the construction of canoes. Women gathered and prepared the staple plant foods, set up temporary camps, and constructed baskets and other craft products.

As was the case for many tribes of the Pacific Northwest, the Kalapuyan practiced slavery, which were generally obtained through trade, gifts, obtained by raids on distant tribes, or through servitude related to paying off debts. Slaves were considered a form of wealth and were used for the purchase of desired commodities, including beads, blankets, and canoes. Slaves lived with the families who owned them, working side-by-side in daily tasks and performing mundane chores such as the collection of firewood and water. Slaves were often free to marry, and their freedom could be purchased through their own accumulation of property or through sufficient payment to the owner.

The earliest accounts describe the Kalapuyan population to have numbered as many as 15,000 people living in Willamette Valley, which is one of the most fertile in the northwest. Later, in the early 1800s, they were estimated to have a population of about 9,000. However, as American pioneers began to push westward, they suffered losses by epidemic diseases in the early 1800s. They were also at constant war with the coastal peoples. Some accounts record tales of entire villages empty of people and by 1849, the population had dropped to around 600.

By the Treaty of Calapooia Creek, Oregon, on November 29, 1854, the Umpqua and Kalapuya tribes of Umpqua Valley ceded their lands to the United States, the tract, however, to constitute a reserve for these and other tribes, unless the President should decide to locate them elsewhere. This removal was effected, and the entire tract was regarded as ceded. By another treaty at Dayton, Oregon, on January 22, 1855, the Calapooya and confederated bands of Willamette Valley ceded the entire drainage area of Willamette River and the Grande Ronde Reservation was set aside for them and other bands by Executive order on June 30, 1857. By an agreement dated June 27, 1901, and confirmed on April 21, 1904, the Indians of Grande Ronde Reservation ceded all the unallotted lands of said reservation. The Kalapuya bands at Grande Ronde numbered 351 in 1880, 164 in 1890, 130 in 1905. There were also a few representatives under the Siletz Agency.