Our cruel and unrelenting Enemy leaves us no choice but a brave resistance or the most abject submission; this is all we can expect. We have therefore to resolve to conquer or die: Our own Country’s Honor, all call upon us for a vigorous and manly exertion, and if we now shamefully fail, we shall END_OF_DOCUMENT_TOKEN_TO_BE_REPLACED

“When the last dutiful & humble petition from Congress received no other Answer than declaring us Rebels, and out of the King’s protection, I from that Moment look’d forward to a Revolution & Independence, as the only means of Salvation; and will risque the last Penny of my Fortune, & the last Drop of my END_OF_DOCUMENT_TOKEN_TO_BE_REPLACED

by Charles Morris, 1899 England was never guilty of greater folly than in the treatment of her American colonies after the close of the French and Indian War. She was oppressed by burdensome taxation and began seeking an excuse for shifting a large portion of it upon the shoulders of her prosperous subjects across the END_OF_DOCUMENT_TOKEN_TO_BE_REPLACED 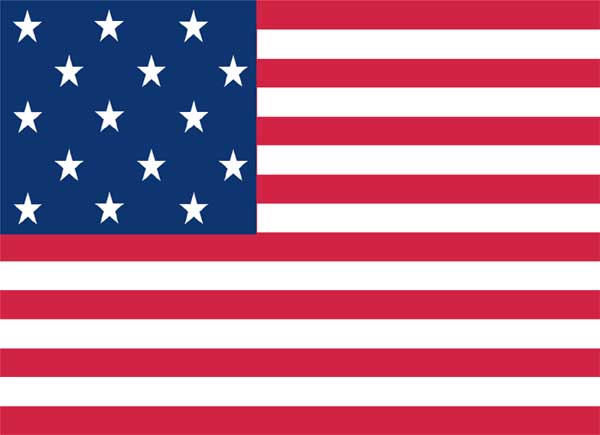 John Adams and Thomas Jefferson died on July 4, 1826 – 50 years to the day after signing the Declaration of Independence.

In 1893, an amendment was proposed to rename the U.S. into the “United States of the Earth.”

The tomato was put “on trial” on September 25, 1820, in Salem, New Jersey. In front of a courthouse, Robert Johnson ate a basket of tomatoes to prove they were not poisonous. The crowd waited for him to keel over dead. He never did. 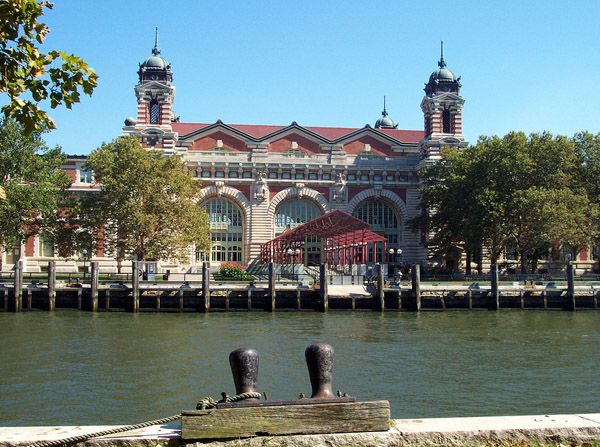 From 1892 to 1924, Ellis Island was America’s largest and most active immigration station, where over 12 million immigrants were processed. On average, the inspection process took approximately 3-7 hours. For the vast majority of immigrants, Ellis Island truly was an “Island of Hope” – the first stop on their way to new opportunities and experiences in America. For the rest, it became the “Island of Tears” – a place where families were separated, and individuals were denied entry into the United States.  Learn more HERE. 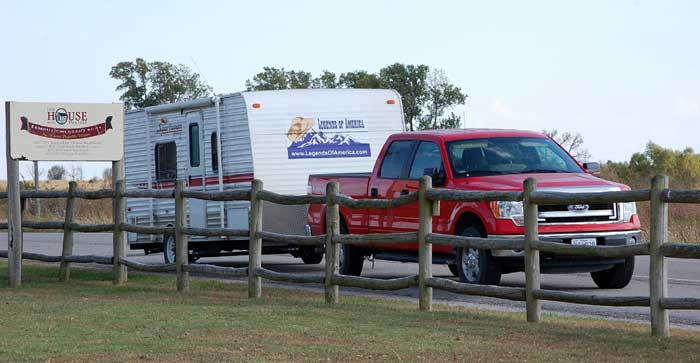 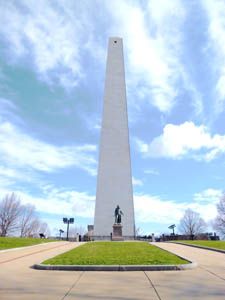 On June 17, both the British and the Colonists suffer great losses at the Battle of Bunker Hill. The battle is just one reason Boston is known for its key role in the American Revolution.  Let’s Explore Boston, Massachusetts – The Revolution Begins.

From our Photo Print Shop 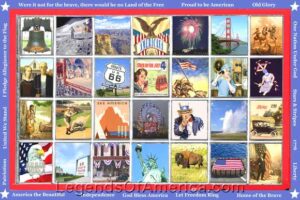 Restored vintage photos, illustrations, and posters of Patriotic people, scenes, and slogans in American History, including
Freedom, Liberty, the American Flag, Heroes in American History, and much more.! Just some of the thousands of photos to choose from. And Save 20% off your purchase. Use coupon code 2022 at checkout.  Shop Patriotic Prints Here 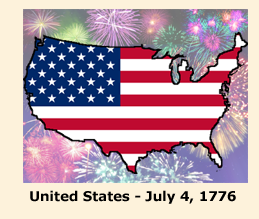 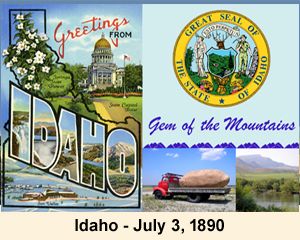 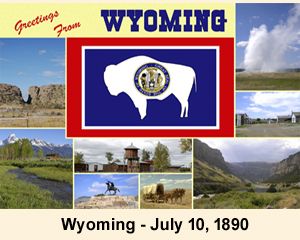 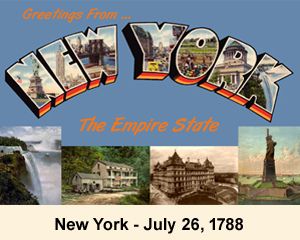 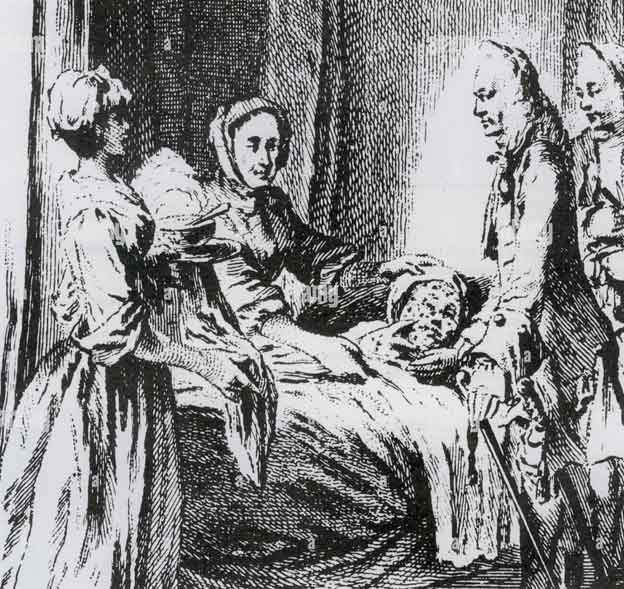 We Americans can thank, in part, smallpox for helping us win our independence. Read how General Washington’s insistence on inoculation helped save the Revolution HERE. 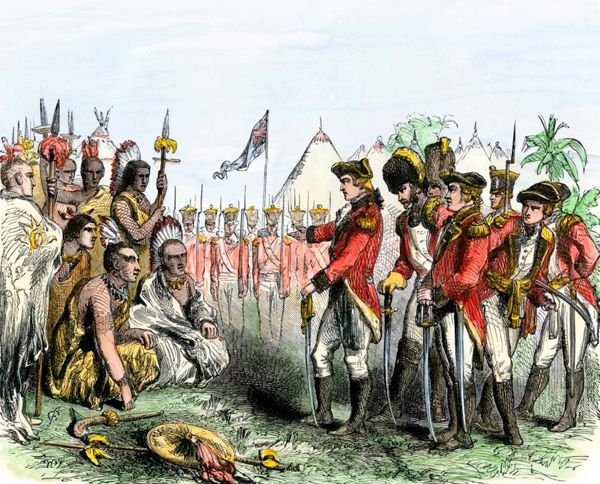 The Declaration of Independence accused King George III of unleashing “merciless Indian Savages” against innocent men, women, and children. The image of ferocious warriors propelled into action by a tyrannical monarch fixed in memory and imagination the Indians‘ role in the American Revolution and justified their subsequent treatment. But, many Indian nations tried to stay out of the conflict, some sided with the Americans, and those who fought with the British were not the king’s pawns: they allied with the Crown as the best hope of protecting their homelands from the encroachments of American colonists and land speculators.  Read more about American Indians & the American Revolution. 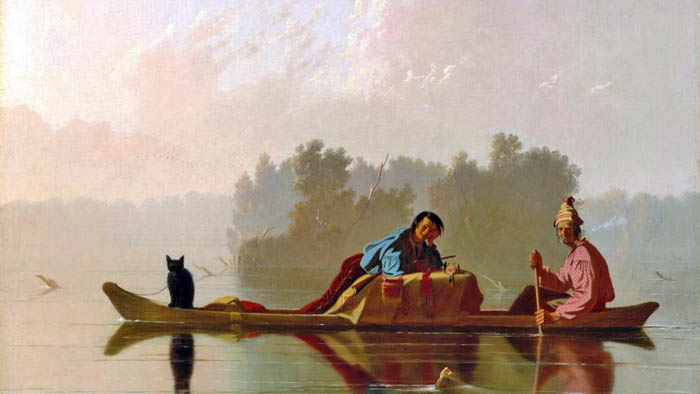 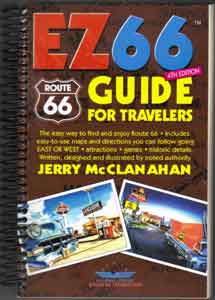 The ultimate guide for the Mother Road.

Its maps and directions are comprehensive yet easy to follow. The spiral-bound guide stays open to the pages you are reading while you are driving or riding. Also includes attractions, tips, other sources, and games. Convenient 5 1/2″ x 8 1/2″, 216 page, paperback format.

Free Shipping in the U.S. (Media Mail), or choose between First Class and Priority Mail. 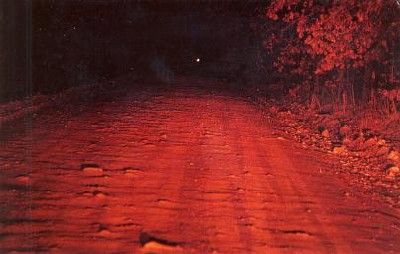 Bobbing and bouncing along a dirt road in northeast Oklahoma is the Hornet Spook Light, a paranormal enigma for more than a century. Described most often as an orange ball of light, the orb travels from east to west along a four-mile gravel road, long called the Devil’s Promenade by area locals. Venture if you dare HERE. 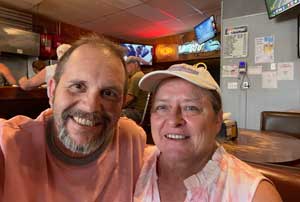 Enjoying a burger at the B-Hive while traveling through Colby, Ks.