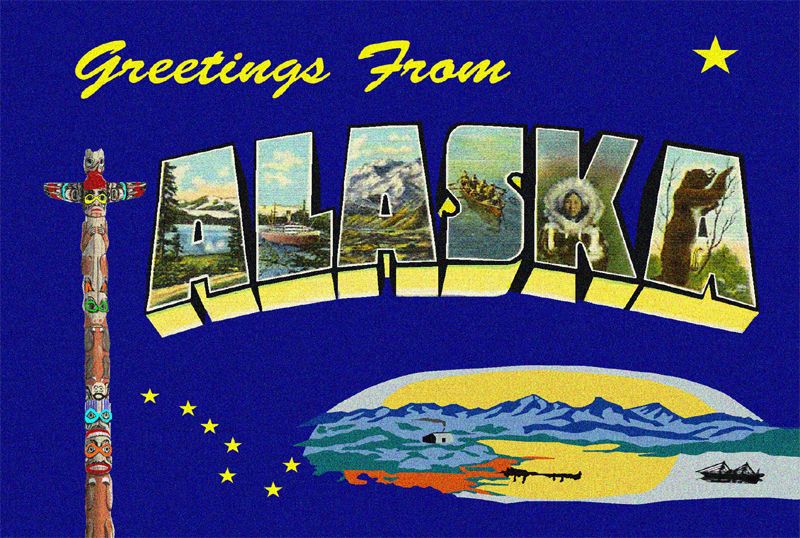 The United States purchased  Alaska from the Russian Empire on March 30, 1867, for 7.2 million U.S. dollars. The area went through several administrative changes before becoming organized as a territory on May 11, 1912. It was admitted as the 49th state of the U.S. on January 3, 1959.

It is the largest state by area, the 3rd least populous, and the most sparsely populated of the 50 United States. Population estimates from 2015 put Alaska with almost 740,000, with approximately half of those living within the Anchorage metropolitan area. Alaska’s economy is dominated by the fishing, natural gas, and oil industries, resources which it has in abundance. Military bases and tourism are also a significant part of the economy.

State Nicknames include “The Last Frontier”, “Land of the Midnight Sun” and “Seward’s Icebox”. The state motto is “North to the Future”.

The flag of Alaska consists of eight gold stars, forming the Big Dipper and Polaris, on a dark blue field. The Big Dipper is an asterismin the constellation Ursa Major which symbolizes a bear, an animal indigenous to Alaska. As depicted on the flag, its stars can be used as a guide by the novice to locate Polaris and determine true north, which varies considerably from a magnetic north.

The state seal contains rays above the mountains that represent the famous Alaskan northern lights. The smelter symbolizes mining; the train stands for Alaska’s railroads, and ships denote transportation by sea. The trees pictured in the seal symbolize the state’s wealth of timber, and the farmer, his horse, and the three shocks of wheat stand for Alaskan agriculture. The fish and the seals signify the importance of fishing and seal rookeries to Alaska’s economy.

Kennecott Mine and Mill Town

Skagway – Jumping Off to the Klondike 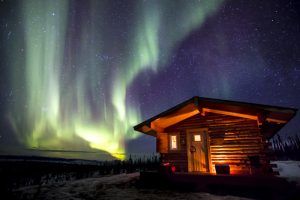 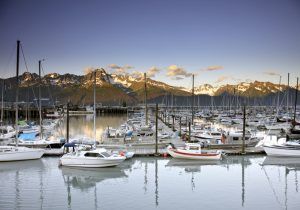