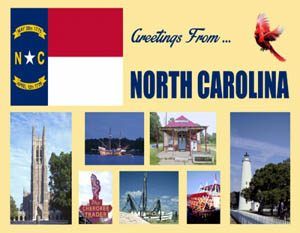 Renowned for its natural resources with more than 300 miles of Atlantic coastline and the highest mountain peaks east of the Rocky Mountains, North Carolina is known for its scenic beauty, moderate climate and a culture that is rich in history.

Spanish explorers were the first Europeans to make a permanent settlement in the area when Juan Pardo and his men built Fort San Juan in 1567 near the present-day city of Morganton. But, the fort was short lived.

English colonists, sent by Sir Walter Raleigh, unsuccessfully attempted to settle Roanoke Island in 1585 and 1587. Finally, in 1653, the first permanent settlements were established by English colonists from Virginia near the Roanoke and Chowan Rivers.

In 1718, after losing his ship and appealing to the governor of North Carolina who promised safe-haven and a pardon, the notorious pirate, Blackbeard was killed in an ambush by British soldiers.

North Carolina became one of the English Thirteen Colonies and with the territory of South Carolina was originally known as the Province of Carolina. The northern and southern parts of the original province separated in 1729.

During the American Revolution, there was relatively little fighting within the state, but many North Carolinians saw action elsewhere. Later, when the Civil War erupted, the state joined the Confederacy despite considerable pro-Union, anti-slavery sentiment.

The state flag for North Carolina was not established until 1861 when the constitutional convention passed the ordinance of secession. This flag was used by North Carolina troops during the Civil War and existed until 1885 when a new design was adopted. The new design consisted of a blue union containing a white star in the center with a gilt N on the left and gilt C on the right, with scrolls above and below documenting the date of the Mecklenburg Declaration of Independence.

Blackbeard – The Fiercest Pirate of Them All

Carroll A. Deering – Ghost Ship on the Diamond Shoals

Great Wagon Road of the East

North Carolina in the Civil War 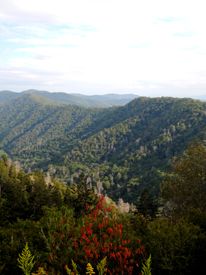 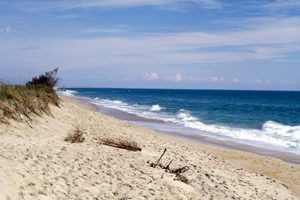 Beach at the Outer Banks in North Carolina. By Carol Highsmith. 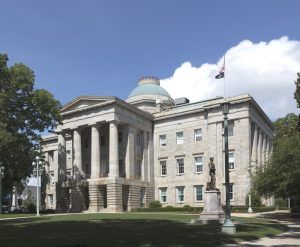