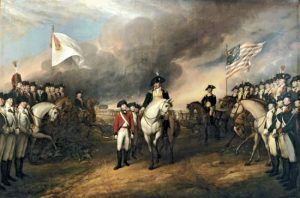 From the American Revolution to the Civil War, Indian Wars, and everything in between, there were a number of men, and even a few women, who made names for themselves during these historic periods. Many were career soldiers, such as Generals Sherman and Terry; others went on to make names for themselves as explorers, such as Kit Carson and Zebulon Montgomery Pike; sadly, some died in the line of duty such as Davy Crockett and James Bowie at the Battle of the Alamo, and yet, a few more gained more fame as U.S. Presidents.

Though there were hundreds of men who have fought and continue to risk their lives for our great nation in various American conflicts, this list focuses on some of the most well-known soldiers, sailors, and officers. However, as new articles are added to Legends of America’s many pages, this list is continually updated.

William “Bloody Bill” Anderson (1839-1864) – Best known as one of Quantrill’s Raiders, Anderson fought for the Confederates during the Civil War. 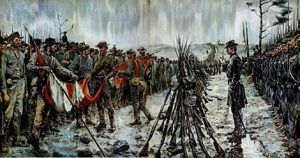 Army of Northern Virginia (1861-1865) – The primary military force of the Confederate States of America in the Eastern Theater of the Civil War, the army most often battled against the Union Army of the Potomac.

Army of the Potomac (1861-1865) – The primary Union fighting force in the Eastern Theater of the Civil War, primarily in Eastern Virginia, Maryland, and Pennsylvania. Its dual mission was to defeat the Confederate Army of Northern Virginia and to safeguard Washington, D.C.

Army of the Tennessee – (1862-1865) – A Union army in the Western Theater of the Civil War, it was named for the Tennessee River. When it was first organized in October 1862, it was led by General Ulysses S. Grant. 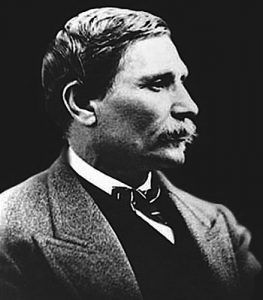 General P.G.T. Beauregard (1818-1893) – General Beauregard earned early fame for the capture of Fort Sumter, South Carolina and victory at the First Battle of Bull Run, Virginia. After being defeated at Shiloh, Tennessee other officers found it difficult to work with General Beauregard, who moved through a series of secondary commands.

James Bowie (1796-1836) – An aggressive frontiersman, pioneer, explorer, and commander of the volunteers at the Alamo, where he died.

Braxton Bragg (1817-1876) – A career United States Army officer, and then a general in the Confederate States Army, he was the principal commander in the Western Theater of the Civil War and later the military adviser to Confederate President Jefferson Davis.

Benjamin Brown (1859-1910) – Buffalo Soldier who fought bandits in the Wham Paymaster Robbery and awarded the Medal of Honor.

John Brown (1800-1859) – Abolitionist who advocated and practiced armed insurrection as a means to end all slavery. He led the Pottawatomie Massacre in 1856 in Bleeding Kansas and made his name in the unsuccessful raid at Harpers Ferry, West Virginia in 1859.

Buffalo Soldiers – Though African Americans have fought in various military conflicts since colonial days, they did not receive the nickname of “Buffalo Soldiers” until they began to battle Cheyenne warriors in 1867.

Joshua L. Chamberlain (1828–1914) – A former Bowdoin College professor, Colonel Chamberlain had led the 20th Maine for only a month when they met destiny at Gettysburg. Late in the afternoon of July 2, 1863, the 20th Maine repulsed three Confederate assaults against the extreme Union left among the boulders and trees along the southern slopes of Little Round Top. Again, enemy infantry climbed the hill. Low on ammunition with no help available and retreat inadmissible, a wounded Chamberlain ordered a bayonet charge. Those Confederates not killed or captured fled in panic; and Little Round Top, the key to the Union line, was secured. Chamberlain received the Medal of Honor.

John M. Chivington (1821-1894) – A hero in the Battle of Glorieta Pass in New Mexico, and the infamous Commander of the U.S. Army troops at the Sand Creek Massacre in Colorado, John Chivington was born in Lebanon, Ohio on January 27, 1821. When he grew up he became a Methodist minister and was appointed to the Payson Circuit in the Illinois Conference, where he served for ten years.

David Crockett (1786-1836) – Frontiersman, explorer, and American folk hero, Crockett a represented Tennessee in the U.S. Congress, served in the Texas Revolution, and died at the age of 49 at the Battle of the Alamo.

George Crook (1828-1890) – General Sherman said the greatest Indian fighter of them all was General Crook, who finished near the bottom of his West Point class.

George Armstrong Custer – A United States Army officer and cavalry commander in the American Civil War and the Indian Wars. In the Civil War, he developed a strong reputation and when it was over, he was dispatched to the west to fight in the Indian Wars. His disastrous final battle overshadowed his prior achievements. Custer and all the men with him were killed at the Battle of the Little Bighorn in 1876.

Jefferson Finis Davis (1808-1889) – An American military officer, statesman and leader of the Confederacy during the American Civil War, serving as the President of the Confederate States of America for its entire history, 1861 to 1865.

Grenville Dodge (1831-1916) – Dodge served in the Civil War, obtaining the rank of Major General, and afterward in the Indian campaigns in the West. He later served as a U.S. Congressman and worked as a businessman and railroad executive who helped construct the Transcontinental Railroad.

Jubal A. Early (1816-1894) – A lawyer and Confederate general in the Civil War, he served under Stonewall Jackson and then Robert E. Lee for almost the entire war, he rose to a lieutenant general and the command of an infantry corps in the Army of Northern Virginia. He was the Confederate commander in key battles of the Valley Campaigns of 1864, including a daring raid to the outskirts of Washington, D.C.

Richard Stoddert Ewell (1817-1872) – A career United States Army officer and a Confederate general during the Civil War, he achieved fame as a senior commander under Stonewall Jackson and Robert E. Lee. He fought effectively through much of the war, but, his legacy has been clouded by controversies over his actions at the Battle of Gettysburg and at the Battle of Spotsylvania Court House.