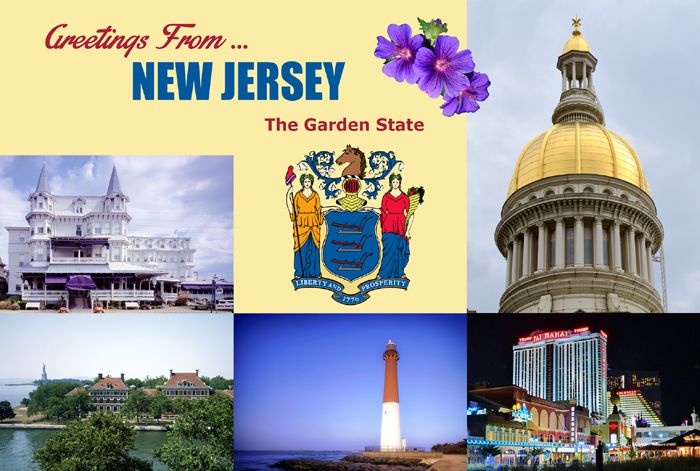 Inhabited by Native Americans for more than 2,800 years, the Dutch and the Swedes made the first European settlements in New Jersey in the early 17th century. In 1664, the British took control of the land, at which time it was named New Jersey. It was the site of several decisive battles during the American Revolution, and it became the third state to ratify the U.S. Constitution and the first state to sign the Bill of Rights in 1787.

New Jersey is the fourth-smallest state by area but the 11th most populous and the most densely populated of all 50 states, lying entirely within the combined statistical areas of Philadelphia and New York City.

The Lenni-Lenape Native American tribe was the dominant population when the Dutch first laid claims to lands here in 1630.  They referred to the land as Scheyichbi and traded in fur with the Europeans. The entire region came under England’s rule in 1664, when Colonel Richard Nicolls sailed into New York Harbor and took control of Fort Amsterdam. New Jersey, one of the original Thirteen Colonies to revolt against British rule, became the last northern state to abolish slavery in February of 1804. 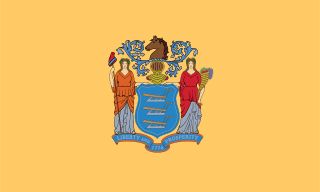 The Flag and coat of arms of New Jersey were initially designed in 1777 and slightly modified in 1928. The design makes up both the flag and official seal of the state. It features a shield with three plows representing the agricultural tradition and the nickname “The Garden State,” a horse’s head on top of a forward-facing helmet, showing that New Jersey governs itself, and two Goddesses representing the state motto “Liberty and Prosperity.” Liberty is on the left with the liberty cap on the staff, and Prosperity on the right, which is the goddess Ceres, goddess of agriculture, holding a cornucopia. The flag includes this coat of arms on a buff-colored background, which is said to have resulted from an order by George Washington. In September of 1779, Washington said that uniform coats of the New Jersey Continental Line be dark blue with buff facings.

Brigantine Castle – Lost to the Ghosts 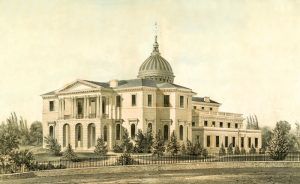 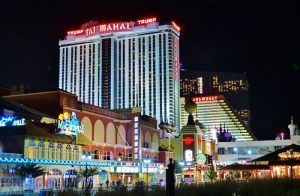