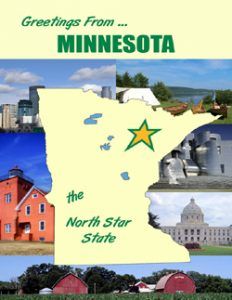 The “Land of 10,000 Lakes,” Minnesota got its nickname because there are more than 12,000 lakes throughout the state. Its name comes from the Dakota (Sioux) word for the Minnesota River’s “sky-tinted waters.” The Minnesota Territory was formed in 1849 from what had been part of the Northwest Territory, and Minnesota joined the Union on May 11, 1858. The state flower is the pink and white lady’s slipper, and the capital is St. Paul.

It is also known as the North Star State, a motto adopted by the state’s first governor, Henry Hastings Sibley. It is based on the French phrase L’E´toile du Nord, meaning “The Start of the North”.

With more than 10,000 lakes, 4,000 miles of paved bike trails, 76 state parks, and the country’s only freshwater-based national park, Minnesota is a nature lover’s dream. Canoe the Boundary Waters, trek the Superior Hiking Trail, mountain bike in Cuyuna, or go birding along the Pine to Prairie Trail. In winter, traverse the snowy landscape via skis, snowshoes, snowmobiles or even dogsleds. And of course, fishing and hunting are year-round pursuits. Find more outdoorsy activities below, add them to your favorites, and plan your Minnesota adventure today.

Wendigo – Flesheater of the Forests 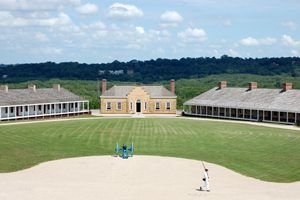 Around the state seal is a wreath of the state flower, the lady slipper. Three dates are woven into the wreath: 1858, the year Minnesota became a state; 1819, the year Fort Snelling was established; and 1893, the year the official flag was adopted. Nineteen stars ring the wreath. The largest star represents Minnesota.