When at the age of sixteen, I joined a jolly band.
We marched from San Antonio down to the Rio Grande.
Our captain he informed us, perhaps he thought it right,
“Before we reach the station, we’ll surely have to fight.” 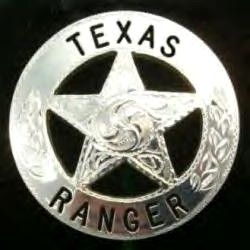 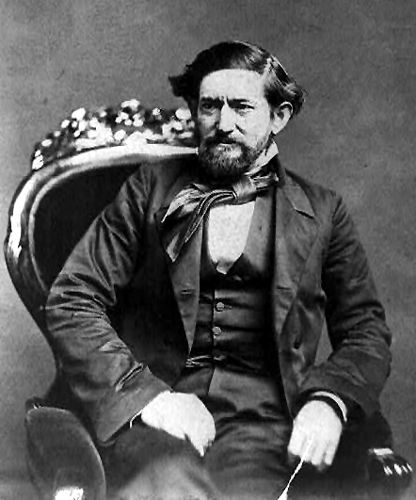 Texas officially became part of the United States in 1846, which also started the Mexican War when the U.S. attempted to establish the boundary at the Rio Grande. During the two year affair, the Texas Rangers were called on to assist the American Army and soon achieved worldwide fame as a fighting force. Superbly mounted with a large assortment of weapons the Rangers were found to be so successful against Mexican guerillas, that they soon earned the name “los diablos Tejanos” or the “Texas Devils.” 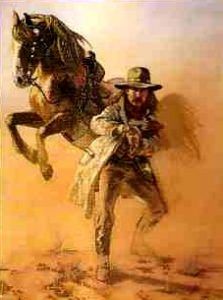 Their role changed once again in May 1874, when the state Democrats returned to power and Governor Richard Coke, along with the Legislature, appropriated $75,000 to organize six companies of 75 Rangers each. By this time, Texas was overrun with outlaws, Indians ravaging the western frontier, and Mexican bandits pillaging and murdering along the Rio Grande. The new troops were stationed at strategic points over the state and were known as the Frontier Battalion. During this era, the Ranger Service held a place somewhere between that of an army and a police force. 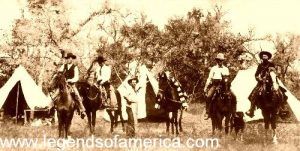 Over the next several years, the Frontier Battalion captured more than 3,000 Texas outlaws, but by 1882 the “frontier” was beginning to disappear.

During the next three decades, the Rangers’ prominence and prestige waned, although they continued to occasionally intercept cattle rustlers, contended with Mexican and Indian marauders along the Rio Grande, and at times protected blacks from white lynch mobs. By the turn of the century, critics began to urge the curtailment or abandonment of the Texas Rangers. As a result, the Frontier Battalion was abolished in 1901 and the Ranger force was cut to four law enforcement companies of twenty men each.

Ranger activities were soon redirected towards law enforcement among Texas citizens, but when violence increased along the Rio Grande, the Rangers participated in numerous bloody brush fights with Mexican nationals. 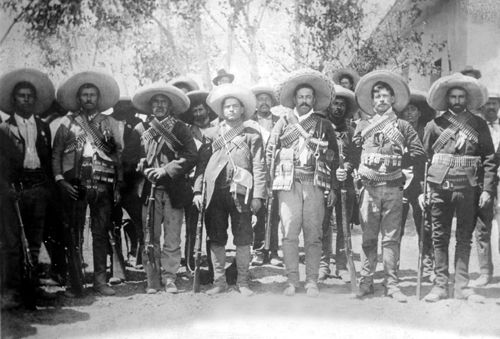 In 1914, during the early days of World War I, the Rangers had the daunting task of identifying and rounding up numerous spies, conspirators, saboteurs, and draft dodgers. In 1916, Pancho Villa’s raid on Columbus, New Mexico intensified already harsh feelings between the United States and Mexico. As a result, the regular Rangers, along with hundreds of special Rangers appointed by Texas governors, killed approximately 5,000 Hispanics between 1914 and 1919, which soon became a source of scandal and embarrassment.

In order to restore public confidence, the Texas legislature overhauled the force in January 1919, but not before a number of sordid tales of ranger brutality emerged. Soon the four companies of Ranger recruits were cut from twenty to fifteen per unit. The legislature also established higher salaries in order to attract men of higher character and established procedures for citizen complaints.

After the enactment of Prohibition in 1920, the Ranger’s primary function was patrolling the Rio Grande against tequila smugglers and cattle rustlers.

During the Great Depression, the Ranger force was reduced to just 45 men. Adding fuel to the fire, the Rangers openly supported Governor Ross Sterling against Miriam A. “Ma” Ferguson in the Democratic primary in the fall of 1932. As a result, when Ferguson took office in January 1933, she fired every ranger for his partisanship, salaries were slashed and the budget further reduced the force to thirty-two men. Without the protection of the Rangers, Texas soon became a haven for outlaws such as Raymond Hamilton, George “Machine Gun” Kelly, and Clyde Barrow and Bonnie Parker.

In 1934, Frank A. Hamer, a long-time Ranger who had been let go during Ferguson’s cutback, was asked by the head of the Texas prison system to utilize his skills to track down Bonnie and Clyde. Previously the pair had successfully broken out a member of their gang from the Huntsville Prison, killing a guard in the process. 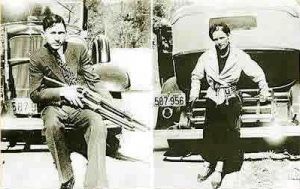 After tracking the Barrow gang across nine states, Frank Hamer, in conjunction with law enforcement in Louisiana, learned that Bonnie and Clyde had visited Bienville Parish on May 21, 1934, and that Clyde had designated a rendezvous point near there with gang member Henry Methvin. Unknown to Bonnie and Clyde was that Methvin, cooperating with law enforcement, participated in assisting with an ambush along the route to the rendezvous.

Led by former Texas Rangers Hamer and Manny Gault, a posse including two Louisiana lawmen, and two more Texans lie in wait on Highway 154, between Gibsland and Sailes. In place by 9:00 p.m., they waited all night and through the next day with no sign of Bonnie and Clyde. However, around 9:10 a.m. on May 23, 1934, the posse, concealed in the bushes and almost ready to concede defeat, heard Clyde’s stolen Ford V-8 approaching. When he stopped to speak with Henry Methvin’s father, planted there with his truck that morning to distract Clyde and force him into the lane closest to the posse, the lawmen opened fire, killing Bonnie and Clyde while shooting a combined total of approximately 130 rounds. 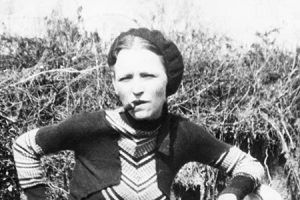 It is not clear what legal authority there was to kill Bonnie Parker, who was not known to have killed anyone, but Hamer made it clear that he had intended to kill her. He had a reputation for not being overly solicitous with regard to law details. Hamer and others from the posse kept for themselves some of the stolen guns from Bonnie and Clyde’s vehicle, and the United States Congress awarded him a special citation for trapping and killing the outlaws.

In 1935, James Allred became the Texas governor after having run on a platform of better law enforcement. The legislature soon established the Texas Department of Public Safety, of which the Texas Rangers became a part of on August 10, 1935. Also in this new department was the Highway Patrol and a scientific crime laboratory and detection center known as the Headquarters Division.

Over the years, the Texas Rangers have investigated crimes ranging from murder to political corruption, kept the peace during riots, protected the Texas governor, tracked down fugitives, and functioned as a quasi-military force.

Today’s Texas Rangers are an investigative division of the Texas Department of Public Safety. The more than 100 highly trained men and women are posted across the State of Texas and are one of the most effective investigative law enforcement agencies in the world. 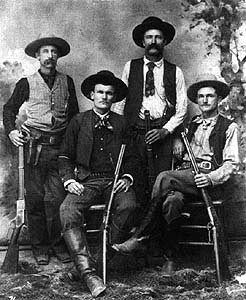