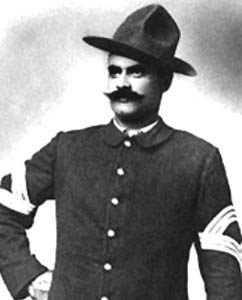 Benjamin Brown was a Buffalo Soldier during the Indian Wars of the American West who was awarded the Medal of Honor.

Born in Spotsylvania County, Virginia, in 1859, Benjamin Brown grew up to fight as a Buffalo Soldier. On May 11, 1889, he was serving as a Sergeant in Company C of the 24th Infantry when he and several others in his regiment were asked to escort Army Paymaster Major Joseph Washington Wham and a strongbox carrying more than $28,000 in gold and silver coins, from Fort Grant to Fort Thomas, Arizona. However, when the caravan was about 15 miles from Pima, Arizona, they were ambushed by bandits, and a gun battle ensued in what is known as the Wham Paymaster Robbery. Eight escort members were wounded in the bitter engagement, including Benjamin Brown, and the bandits made off with the payroll.

During the robbery, Sergeant Benjamin Brown refused to give up the defense even though he was shot in the abdomen and wounded in both arms. A year later, he was awarded the Medal of Honor on February 19, 1890. He died on September 5, 1910, and was buried at the United States Soldiers’ and Airmen’s Home National Cemetery in Washington, D.C.

He, and fellow officer, Corporal Isaiah Mays, who was involved in the same engagement, were the only black infantrymen to receive the Medal of Honor for bravery in the frontier Indian Wars. The money from the robbery was never recovered, and no one was ever convicted of the robbery or the shootings. 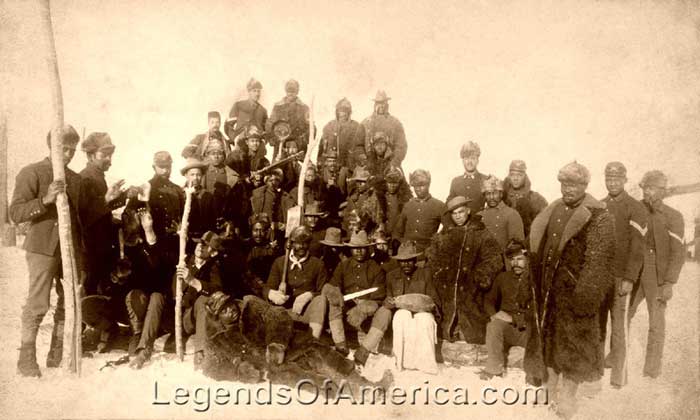