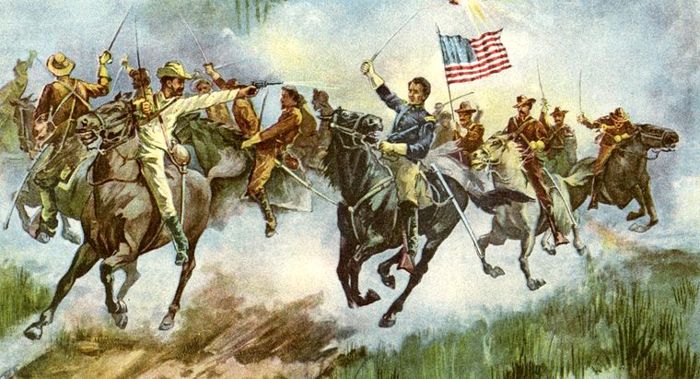 The Spanish-American War of 1898 ended Spain’s colonial empire in the Western Hemisphere and secured the position of the United States as a Pacific power. U.S. victory in the war produced a peace treaty that compelled the Spanish to relinquish claims on Cuba and to cede sovereignty over Guam, Puerto Rico, and the Philippines to the United States. The United States also annexed the independent state of Hawaii during the conflict. Thus, the war enabled the United States to establish its predominance in the Caribbean region and pursue its strategic and economic interests in Asia.

The war that erupted in 1898 between the United States and Spain was preceded by three years of fighting by Cuban revolutionaries to gain independence from Spanish colonial rule. From 1895–1898, the violent conflict in Cuba captured the attention of Americans because of the economic and political instability it produced in a region within such close geographical proximity to the United States. The long-held U.S. interest in ridding the Western Hemisphere of European colonial powers and American public outrage over brutal Spanish tactics created much sympathy for the Cuban revolutionaries.

By early 1898, tensions between the United States and Spain had been mounting for months. After the U.S. battleship, Maine exploded and sank in Havana harbor under mysterious circumstances on February 15, 1898, U.S. military intervention in Cuba became likely. 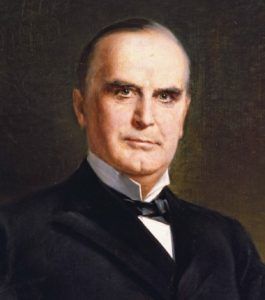 On April 11, 1898, President William McKinley asked Congress for authorization to end the fighting in Cuba between the rebels and Spanish forces and to establish a “stable government” that would “maintain order” and ensure the “peace and tranquility and the security” of Cuban and U.S. citizens on the island. On April 20, the U.S. Congress passed a joint resolution that acknowledged Cuban independence, demanded that the Spanish government give up control of the island, foreswore any intention on the part of the United States to annex Cuba, and authorized McKinley to use whatever military measures he deemed necessary to guarantee Cuba’s independence.

The Spanish government rejected the U.S. ultimatum and immediately severed diplomatic relations with the United States. McKinley responded by implementing a naval blockade of Cuba on April 22 and issued a call for 125,000 military volunteers the following day. That same day, Spain declared war on the United States, and the U.S. Congress voted to go to war against Spain on April 25.

The future Secretary of State John Hay described the ensuing conflict as a “splendid little war.” The first battle was fought on May 1 in Manila Bay, where Commodore George Dewey’s Asiatic Squadron defeated the Spanish naval force defending the Philippines. On June 10, U.S. troops landed at Guantanamo Bay in Cuba, and additional forces landed near the harbor city of Santiago on June 22 and 24. After isolating and defeating the Spanish Army garrisons in Cuba, the U.S. Navy destroyed the Spanish Caribbean squadron on July 3 as it attempted to escape the U.S. naval blockade of Santiago. 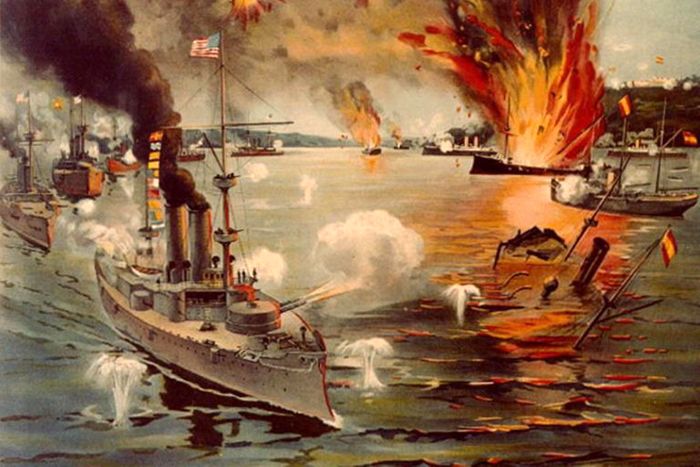 On July 26, at the behest of the Spanish government, the French ambassador in Washington, Jules Cambon, approached the McKinley Administration to discuss peace terms. A cease-fire was signed on August 12. The war officially ended four months later when the U.S. and Spanish governments signed the Treaty of Paris on December 10, 1898. Apart from guaranteeing the independence of Cuba, the treaty also forced Spain to cede Guam and Puerto Rico to the United States. Spain also agreed to sell the Philippines to the United States for $20 million. The U.S. Senate ratified the treaty on February 6, 1899, by a margin of only one vote.

The McKinley Administration also used the war as a pretext to annex the independent state of Hawaii. In 1893, a group of Hawaii-based planters and businessmen led a coup against Queen Liliuokalani and established a new government. They promptly sought annexation by the United States, but President Grover Cleveland rejected their requests. In 1898, President McKinley and the American public were more favorably disposed toward acquiring the islands. Supporters of annexation argued that Hawaii was vital to the U.S. economy, that it would serve as a strategic base that could help protect U.S. interests in Asia, and that other nations were intent on taking over the islands if the United States did not. At McKinley’s request, a joint resolution of Congress made Hawaii a U.S. territory on August 12, 1898.

Source: Office of the Historian