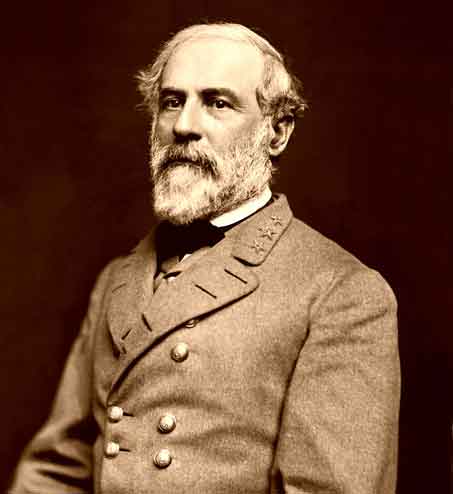 Lee was born on a plantation in Westmoreland County, Virginia, on January 19, 1807, the fifth child of American Revolution hero Henry “Lighthorse Harry” Lee and his second wife, Anne Hill Carter Lee. He attended the Alexandria Academy before entering West Point in 1825. He graduated second in his class in 1829 without a single demerit against his name. He was then commissioned as a brevet 2nd Lieutenant in the Corps of Engineers.

On June 30, 1831, he married Mary Ann Randolph Custis, and the couple would eventually have seven children. All three of their sons would grow up to serve in the Confederate army during the Civil War.

Lee served in the Corps of Engineers in various capacities until the Mexican-American War began in 1846. He was promoted to Colonel during the two-year conflict due to his gallantry and distinguished conduct in performing vital scouting missions.

Afterward, he became the superintendent of West Point for three years before becoming a Lieutenant Colonel of the 2nd U.S. Cavalry and working in Texas. He served here from 1857-1861. When talk of secession began, Lee first denounced it as a “revolution,” and the commanding general of the Union Army, Winfield Scott, wanted to promote Lee to a top command post. Lee said he was willing as long as his native state of Virginia stayed in the Union. Though Lee was from the South, he was attached firmly to the Union and the Constitution and entertained no particular sympathy for slavery.

When Virginia withdrew from the Union, Lee resigned his commission rather than assist in suppressing the insurrection. His resignation was two days following the offer of Chief of Command of U.S. forces under General Winfield Scott. He then proceeded to Richmond to become Commander-in-Chief of Virginia’s military and naval forces. When these forces joined Confederate services, he was appointed a Brigadier General in the Confederate States of America.

General Lee took the initiative and acted at once whenever he had a plan. Cutting off supplies and reinforcements at Seven Pines was a successful Confederate venture. He also stopped  Union General George B. McClellan’s threat to Richmond during the Seven Days Battle (June 26-July 2, 1861). His next assignment was a loss when he led his men to defeat in the Battle of Cheat Mountain (September 12-15, 1861) in present-day West Virginia. He began working to organize the coastal defenses; hampered by the lack of an effective Confederate Navy, he returned to Richmond, Virginia, in March 1862 to become a military advisor to Confederate President Jefferson Davis. 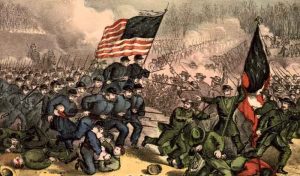 In the spring of 1862, commanding the Army of Northern Virginia, he led his men in the battles of the Peninsula Campaign. By August, he had defeated the Union Army at the Second Battle of Bull Run in Manassas, Virginia, before invading Maryland and fighting in the Battle of Antietam. In May 1863, Lee and General Stonewall Jackson made news with their dramatic victory over a more significant force at Chancellorsville, Virginia.

Lee continued to lead his troops in several battles throughout the war. He was promoted to General-in-Chief of the Confederate forces on January 31, 1865. But, for the South, it was too late, as its army was devastated by casualties, disease, and desertion. When the Union attack on Petersburg, Virginia was successful on April 2, 1865, Lee abandoned Richmond and retreated west. A week later, his forces were surrounded, and he surrendered them to Ulysses S. Grant on April 9, 1865, at the Appomattox Court House.

After the war, Lee moved to a friend’s plantation in Cartersville, Union forces. In October 1865, he became the president of the Washington College (later renamed the Washington and Lee University) in Lexington, Virginia, a job he retained until his death. In late September 1870, he suffered a stroke, and on October 12, he died. He was buried beneath the Lee Chapel at the University, where his body remains today. 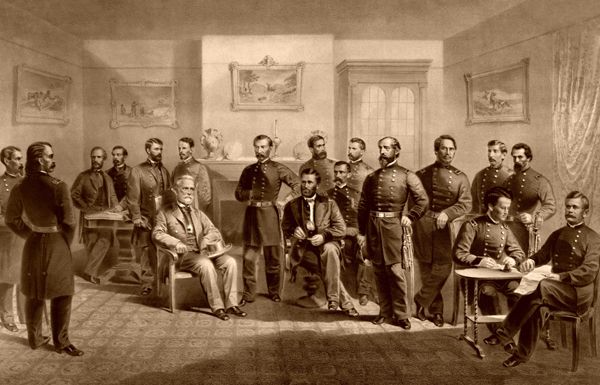 During the Civil War, the most celebrated general of the South became even more respected after his surrender for his character, devotion to duty, and brilliant battle successes. Several monuments attest to this fact today, and his birthday is commemorated as a holiday in five southern states.

I tremble for my country when I hear of confidence expressed in me. I know too well my weakness that our only hope is in God. 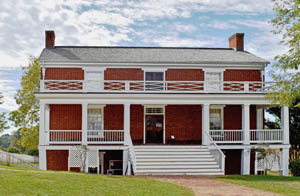 Lee surrendered to Grant in the McLean House in Appomattox, Virginia, by Kathy Alexander.