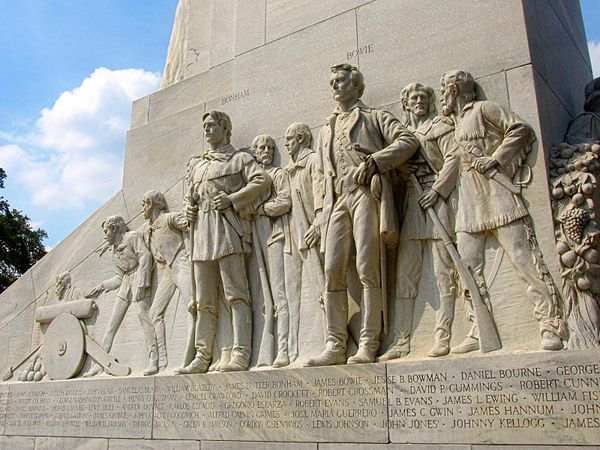 “Thermopylae had its messengers of death, but the Alamo had none.” These were the words with which a United States senator referred to one of the most resolute and effective fights ever waged by brave men against overwhelming odds in the face of certain death.

Soon after the close of the second war with Great Britain, parties of American settlers began to press forward into the rich, sparsely settled territory of Texas, then a portion of Mexico. At first, these emigrants were well received, but the Mexicans speedily grew jealous of them and oppressed them in various ways. In consequence, when the settlers felt strong enough, they revolted against Mexican rule and declared Texas to be an independent republic.

Immediately, General Antonio Lopez de Santa Anna, the Dictator of Mexico, gathered a large army and invaded Texas. The slender forces of the settlers were unable to meet his hosts. They were pressed back by the Mexicans, and Santa Anna and his lieutenants committed dreadful atrocities. In the United States, there was great enthusiasm for the struggling Texans, and many bold backwoodsmen and Indian fighters swarmed to their help. Among them, the two most famous were Sam Houston and David Crockett. Houston was the younger man and had already led an extraordinary and varied career. He had run away from home when a mere lad and joined the Cherokee, living among them for some years; then he returned home. He had fought under Andrew Jackson in his campaigns against the Creek Indians and had been severely wounded at the battle Horseshoe Bend. He had risen to the highest political honors in his State, becoming governor of  Tennessee. Then suddenly, in a fit of moody longing for the life of the wilderness, he gave up his governorship, left the state, and crossed the Mississippi River, going to join his old comrades, the Cherokee, in their new home along the waters of the Arkansas River. Here, he dressed, lived, fought, hunted, and drank precisely like any Indian, becoming one of the chiefs.

Davy Crockett was born soon after the American Revolution. He, too, had taken part under Jackson in the campaigns against the Creek Indians, and had afterward become a man of importance in Tennessee, and gone to Congress as a Whig; but, he had quarreled with Jackson, and been beaten for Congress, and in his disgust, he left the state and decided to join the Texans. He was the most famous rifle-shot in all the United States and the most successful hunter, so that his skill was a proverb all along the border.

David Crockett journeyed south, by boat and horse, making his way steadily toward the distant plains where the  Texans were waging their life-and-death fight. Texas was a wild place in those days, and the old hunter had more than one hairbreadth escape from Indians, desperadoes, and savage beasts. He then made his way to San Antonio, where 150 American defenders of the place had gathered at the Alamo.

Santa Anna had 4,000 troops with him. The Alamo was a mere shell, utterly unable to withstand either a bombardment or a common assault. Therefore, it was evident that those within it would be in the utmost jeopardy if the place were seriously assaulted, but old Crockett and his companion never wavered. They were fearless, persistent, and masters of woodcraft, and they managed to slip through the Mexican lines and join the defenders within the walls. The bravest, the hardiest, the most reckless men of the border were there; among them were Colonel William B. Travis, the fort commander, and James Bowie, the inventor of the famous bowie knife. They were a wild and ill-disciplined band, little used to restraint or control. Still, they were men of iron courage and great bodily powers, skilled in the use of their weapons, and ready to meet with the stern and uncomplaining indifference whatever doom fate might have in store for them.

Soon, Santa Anna approached with his army, took possession of the town, and besieged the fort. The defenders knew there was scarcely a chance of rescue and that it was hopeless to expect that one hundred and fifty men, behind defenses so weak, could beat off four thousand trained soldiers, well-armed and provided with heavy artillery; but they had no idea of flinching, and made a desperate defense. The days went by, and no help came, while Santa Anna got ready his lines and began a furious cannonade. However, his gunners were unskilled, and he had to serve the guns from a distance, for when they were pushed nearer, the American riflemen crept forward undercover and picked off the artillerymen. Old Crockett thus killed five men at one gun. But, by degrees, the bombardment told. The walls of the Alamo were battered and riddled, and when they had been breached to afford no obstacle to the rush of his soldiers, Santa Anna commanded that they be stormed. 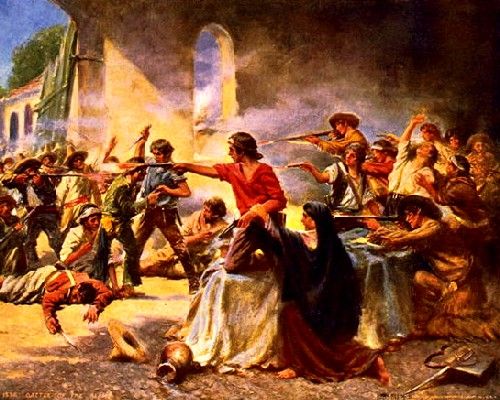 The storm took place on March 6, 1836. The Mexican troops came on well and steadily, breaking through the outer defenses at every point, for the lines were too long to be manned by the few Americans. The frontiersmen then retreated to the inner building. A desperate hand-to-hand conflict followed, the Mexicans thronging in, shooting the Americans with their muskets, and thrusting at them with lance and bayonet, while the Americans, after firing their long rifles, clubbed them, and fought desperately, one against many; and they also used their bowie-knives and revolvers with deadly effect. The fight reeled to and fro between the shattered walls, each American the center of a group of foes; but, for all their strength and their wild fighting courage, the defenders were too few, and the struggle could have but one end. One by one, the tall riflemen succumbed, after repeated thrusts with bayonet and lance, until but three or four were left. Colonel William Travis, the commander, was among them; and so was James Bowie, who was sick and weak from a wasting disease, but who rallied all his strength to die fighting, and who, in the final struggle, slew several Mexicans with his revolver, and with his big knife of the kind to which he had given his name. 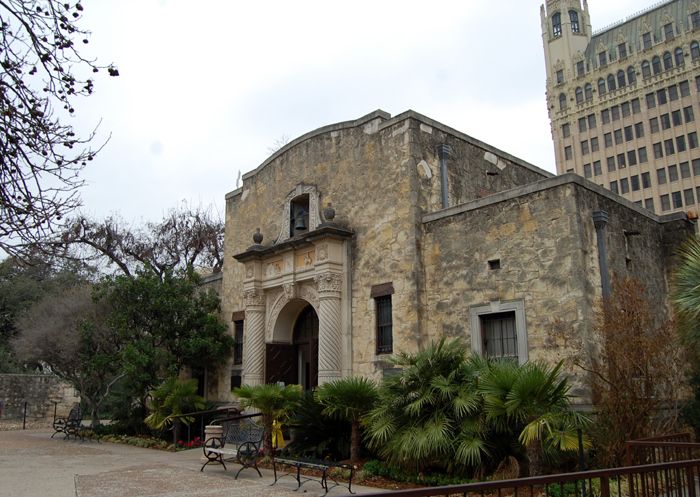 Then these fell too, and the last man stood at bay. It was old Davy Crockett. Wounded in a dozen places, he faced his foes with his back to the wall, ringed around by the bodies of the men he had slain. So desperate was the fight he waged that the Mexicans who thronged round about him were beaten back for the moment, and no one dared to run in upon him. Accordingly, while the lancers held him where he was, for, weakened by wounds and loss of blood, he could not break through them, the musketeers loaded their carbines and shot him down. Santa Anna declined to give him mercy. Some say that when Crockett fell from his wounds, he was taken alive and was then shot by Santa Anna’s order, but his fate cannot be told with certainty, for not a single American was left alive. At any rate, after Crockett fell, the fight was over.  Every one of the hardy men who had held the Alamo lay still in death. Yet they died well avenged, for four times their number fell at their hands in the battle.

Santa Anna had but a short while in which to rejoice over his bloody and hard-won victory. Already a rider from the rolling Texas plains, going north through the Indian Territory (Oklahoma), had told Houston that the  Texans were up and were striving for their liberty. At once, in Houston’s mind, there kindled a longing to return to the men of his race at the time of their need. Mounting his horse, he rode south by night and day and was hailed by the Texans as a heaven-sent leader. He took command of their forces, eleven hundred stark riflemen, and at the battle of San Jacinto, he and his men charged the Mexican hosts with the cry of “Remember the Alamo.” Almost immediately, the Mexicans were overthrown with terrible slaughter; Santa Anna himself was captured, and the freedom of Texas was won at a blow.

About the Article: Excerpted from the book Hero Tales From American History, by Henry Cabot Lodge and Theodore Roosevelt, 1895. However, the text as it appears here is not verbatim as it has been edited for the clarity and ease of the modern reader.

The Alamo in San Antonio, Texas by Kathy Weiser-Alexander