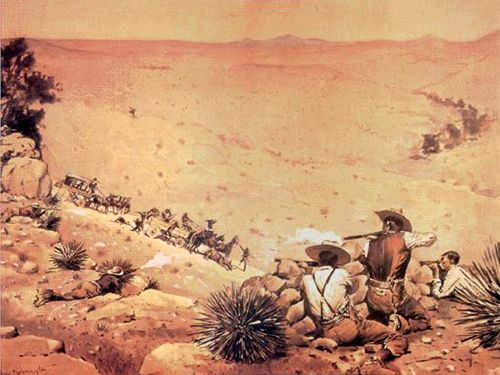 For more than a century, some $28,000.00 in gold and silver coins have been missing after the little known Wham Paymaster Robbery occurred near Pima, Arizona. Though eight suspects were caught and tried for the crime, they walked away free men. The tale of the robbery and the mystery that surrounds remains unsolved today.

In the early morning hours of May 11, 1889, U.S. Army Paymaster, Major Joseph Washington Wham was preparing for a trek from Fort Grant to Fort Thomas to pay the soldiers’ salaries. The day before, he had made payments to the troops and Fort Grant, but the men at Fort Thomas, Camp San Carlos, and Fort Apache were awaiting their pay.

Wham, along with his clerk, William Gibbon, and Private Caldwell, his servant and mule tender, climbed into a canopied ambulance driven by Buffalo Soldier, Private Hamilton Lewis for the 46 mile trip to Fort Thomas. The payroll of more than $28,000 in gold and silver coins was locked in an oak strongbox in the ambulance. 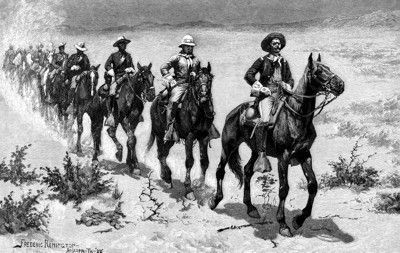 Carrying this kind of payload, Wham was heavily escorted by nine Buffalo Soldiers of the 24th Infantry on horseback, as well as a wagon that carried two privates of the 10th Cavalry (also an African-American regiment) that was driven by a civilian employee of the Quartermaster Department. All but Wham, his clerk and the two drivers were armed. At the last minute, they were joined by a black female gambler named Frankie Campbell, who wanted to ride along with them to be in Fort Thomas when the soldiers got paid.

About 15 miles west of Pima in the Gila River Valley, just after midday, the caravan came to a stop as a large boulder was blocking the road. When the wagons were unable to get around it, the soldiers lay down their weapons in order to dislodge the large rock. However, before they made any progress, a cry came from a ledge some 60 feet above on the adjacent hill, “Look out, you black sons of bitches!” and bullets began to hail down upon the soldiers. Three of the 12 mules pulling the wagons were killed and the other animals panicked, rearing and pulling both vehicles off the road.

In the meantime, the soldiers scrambled for the guns and took cover. As the bullets continued to reign down upon them from three heavily fortified sides, Sergeant Benjamin Brown was shot but continued to return fire with his revolver. In the meantime, Private James Young ran through heavy gunfire and carried Brown more than 100 yards to safety. Corporal Isaiah Mays then took command, ordering the entourage to retreat to a creek bed about 300 yards away, despite Major Wham’s protests. The battle continued to rage on for about a half an hour as the soldiers valiantly tried to protect the payload. However, eight of Wham’s eleven-man escort were severely wounded and the battle had become extremely one-sided. During all this, gambler, Frankie Campbell, who had been riding ahead of the caravan, had been thrown from her horse and taken cover.

With the soldiers hidden and wounded, five bandits then made their way to the ambulance wagon, cracked the strongbox with an ax, and carried off the U.S. Treasury sacks filled with the coins. As the outlaws made their escape, the soldiers would count 12 of them. At about 3:00 p.m. those, who could wearily made their way from the creek bed to the wagons. The soldiers were able to splice harnesses together, gather some of the surviving mules, and finally made their way to Fort Thomas, arriving about 5:30. In the meantime, Frankie Campbell had been ordered to tend to the severely wounded, including Sergeant Benjamin Brown who would be brought in later. Amazingly, all of the soldiers would survive their wounds.

During the gun battle, several of the bandits, who had not bothered to cover their faces, had been recognized and within no time, U.S. Deputy Marshal William Kidder Meade, along with the Graham County Sheriff, had arrested 11 men, most of whom were citizens of Pima, Arizona.

Seven of them were then set to stand trial. These included Gilbert Webb, who was the Mayor of Pima at the time and thought to have been the leader of the bandit gang, as well as his son, Wilfred. Both had been suspected of numerous thefts in the area. Also set to be tried were brothers, Lyman and Warren Follett, David Rogers, Thomas Lamb, and Mark Cunningham, all of whom worked as cowboys for Gilbert Webb. Interestingly, while the men were charged with the robbery, no one was ever charged for the shooting.

The trial in Federal Court in Tucson was held in November and would last 33 days, creating a sensation in the Southwest. From the beginning, the trail involved major politics and infighting, including removing the original judge. 165 witnesses testified at the trial, including five Buffalo Soldiers who identified three of the accused. Another witness testified that he had personally seen some of the men hiding the loot in a haystack and burning the U.S. treasury sacks. 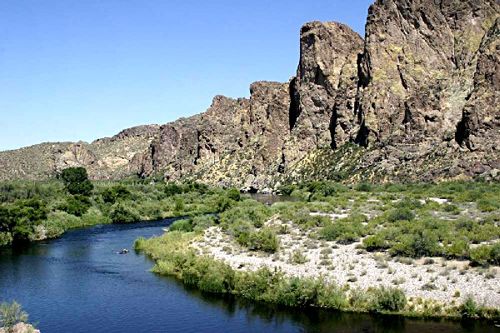 Others testified they had seen members of the accused in the area the day before, probably preparing their “hideouts” from which the bullets hailed. Interestingly, Frankie Campbell, who had stated she recognized several of the bandits, including leader, Gilbert Webb, was never called to testify. Defended by the famed lawyer, Marcus Aurelius Smith, all of the men were acquitted.

Afterward, it was widely claimed that political pressure from the acting governor allowed the thieves to go free. The entire case was a hotbed of religion, racism,  and politics, as Pima, Arizona was founded as a Mormon Colony, of which Gilbert Webb was the mayor, one of the most influential men in the area, and came from a long line of pioneer Mormons. He was also known in the area as a generous man, providing jobs for struggling neighbors, extending credit, and providing provisions. Though most of the other accused men were not Mormons, they all lived in the Mormon colony, having many ties to the church through friends and relatives.

To many area locals, the robbery and trial were an embarrassing disgrace to the town and its people, and to talk about it about might offend friends or neighbors, or bring shame upon the colony. Therefore, the robbery was not publicized to the extent of other large robberies of the time. However; quietly, locals were said to have referred to the robbers as “Latter-Day Robin Hoods.”

It is thought that Gilbert Webb used the vast majority of the money to pay off debts, forgive the debts of other colony members, and pay for the attorneys for himself and the other accused men. The year after the trial, he was elected as a delegate to the Territorial Democratic Convention. However, sometime later, he was indicted for defrauding the Pima school district of $160. He soon left the area, winding up in Mexico.

In the meantime, Major Joseph Washington Wham, as the commanding officer, was held accountable for the loss of the money but was later absolved of any guilt. 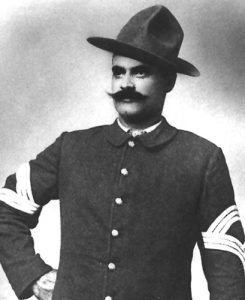 Two of the Buffalo Soldiers were awarded the Medal of Honor for their part in the gun battle with the bandits.  Although shot in the abdomen, Sergeant Benjamin Brown continued the fight until he was further wounded in both arms. Corporal Isaiah Mays also received the Medal of Honor, as near the end of the gun battle, though shot in the legs, he “walked and crawled two miles to Cottonwood Ranch and gave the alarm.”

U.S. Deputy Marshal Meade, who would bring in the bandits, would say of the soldiers, “I am satisfied a braver or better defense could not have been made under like circumstances.”

Questions of the bandits’ guilt or innocence, as well as the final outcome of the loot, remain unanswered today. Throughout the years, the robbery has created a number of various treasure tales, suggesting that some of the coins are still hidden in the area somewhere. However; with all of the suspects set free, this would seem doubtful. 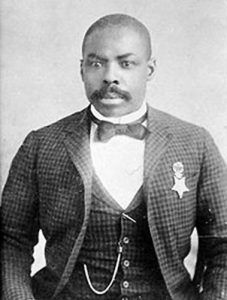