The Comancheros were an ethnically mixed group of New Mexican traders who made their living by trading with the Comanche, Kiowa, and other Plains tribes in the late 18th and 19th centuries, mostly in northeastern New Mexico and West Texas. They gained their name because they traded primarily with the fierce Comanche tribe.

Years before the Comancheros began to trade with the Plains tribes, the Comanche had a long history of raiding Spanish and Pueblo settlements, primarily for horses. By the mid-18th century, the raids became more frequent. In 1779, Juan Bautista de Anza, the governor of Nuevo Mexico, which included most of present-day New Mexico and parts of West Texas, southern Colorado, southwestern Kansas, and the Oklahoma panhandle, made plans to stop the raids.

In August 1779, de Anza led a mixed force of 500 to 800 Spanish troops and Ute, Apache, and Pueblo allies on an expedition against the largest and most active group of Comanche raiders, who were situated in southern Colorado. The Comanche and Spanish forces met in a series of running battles between August 31 and September 3, 1779, which culminated at the Battle of the Greenhorn south of present-day Pueblo, Colorado, in which the Comanche were defeated. 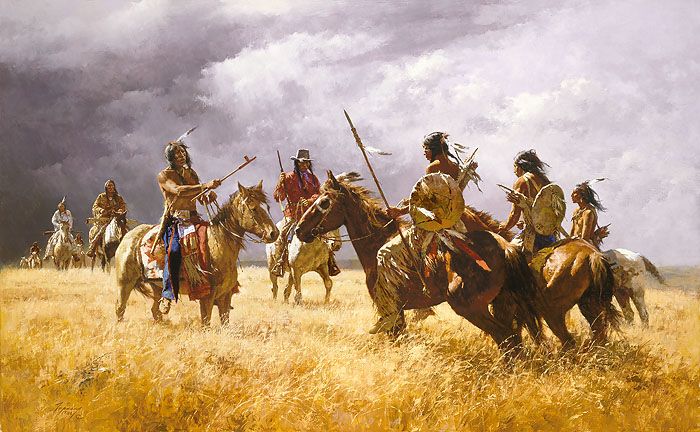 This show of force led to peace between the Spanish and Commanche over the next several years and opened the area to trade. It was made official in February 1786 when the Comanche made a peace treaty with the Spanish at Pecos Pueblo in New Mexico.

From the 1780s until the mid-19th century, the Comanchero trade flourished with the New Mexican traders providing manufactured goods such as tools, knives, beads, and cloth; flour, sugar, tobacco, and bread in exchange for hides, horses, livestock, and captives from the Comanche.

In the beginning, trade with the Indians was pretty unorganized. Each fall, after the harvest, the Comancheros loaded their burros and oxcarts with their trade supplies and relied on chance meetings with the Indians, and subsequently, the volume of their business was low. 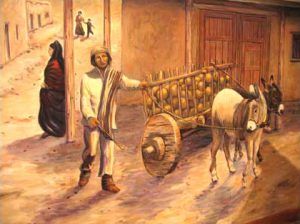 The term Comancheros was first mentioned in Spanish documents in 1813 and was popularized in the 1840s by the Santa Fe trader Josiah Gregg in his book Commerce of the Prairies. Gregg described the traders:

“These parties of Comancheros are usually composed of the indigent and rude classes of the frontier villages, who collect together several times a year and launch upon the plains with a few trinkets and trumperies of all kinds, and perhaps a bag of bread and maybe another of pinole, which they barter away to the savages for horses and mules. The entire stock of an individual trader very seldom exceeds the value of twenty dollars, with which he is content to wander about for several months and glad to return home with a mule or two as the proceeds of his traffic.”

The Comancheros sometimes took their trade as far north as the Platte River in present-day Nebraska, ranged east to the Wichita Mountains of Oklahoma, and as far south as the Davis Mountains in Texas. However, they most often traded on the Llano Estacado or the “Staked Plains” of eastern New Mexico and northwestern Texas.

After the Mexican-American War, most of the Comanche lands came under the jurisdiction of the United States. This resulted in stricter licensing policies and other restrictions on the Comancheros. The Americans particularly abhorred the ransoming of captives. 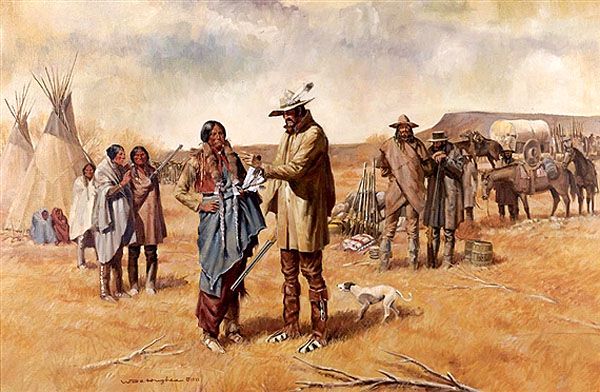 Afterward, the Comancheros became more organized, and their legitimate trade practices changed when they began to buy stolen cattle from the Comanche and then sold them to New Mexican merchants who were government beef contractors, who, in turn, sold them to the government. The Indians also stole horses, which they sold to the Comancheros. This soon led to more horse and cattle rustling by the Indians, often accompanied by Comancheros, resulting in hostility between Indians and settlers.

The Comancheros also turned to utilizing semi-permanent rendezvous sites, which soon dotted the Llano Estacado. At these sites, large amounts of livestock bearing Texas brands, firearms, ammunition, whiskey, and other manufactured products exchanged hands. The trade of firearms and whiskey added to the Comancheros’ worsening reputation.

With these rendezvous sites, the Comanchero blazed a number of roads between the trading points, which ranchers and settlers would later utilize.

Comanchero commerce peaked during the Civil War with the relaxation of frontier defenses in Texas. But, after the Civil War, the U.S. Army and the Texas Rangers were determined to end the illicit trade and drive the Comanche onto reservations. Those who resisted were aided by their Comanchero allies and relatives, who supplied them with firearms and ammunition.

The US Army’s attempts to stop the trade between the Comanchero and Comanche Indians were relatively unsuccessful until the Battle of Palo Duro Canyon in Texas in September 1874. Afterward, the Comanche surrendered and were sent to a reservation at Fort Sill, Oklahoma, ending the Comanche and Comanchero trade relationship, which lasted for almost 100 years. 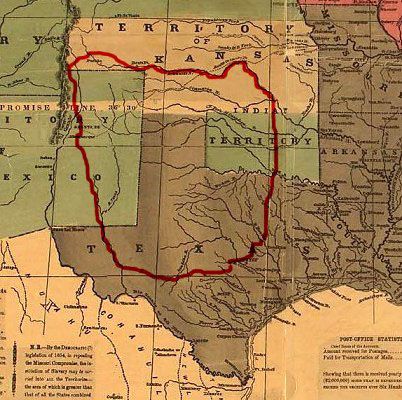