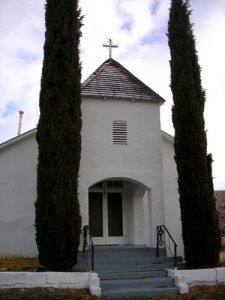 About 24 miles northwest of Truth or Consequences, New Mexico, on a stretch of the Geronimo Trail Scenic Byway, sit two historic ghost towns in Monticello Canyon. Both Placita and Monticello are more than 150 years old, getting their start in the fertile valley as farming and ranching communities.

On New Mexico Highway 142, the old community of Placita, meaning “Little Plaza,” was first settled by the Sedilla family in the 1840’s. Situated on the Canada Alamosa River, the small community is still called home to several residents who continue to make use of the land for farming and ranching.

Some of the residents are the descendants of the original Sedilla family. The San Lorenzo Catholic Church, built in 1916 still stands in very good condition, continuing to serve parishioners today. A number of homes in various conditions also stand, as well as an old dance hall and a home that appears to have once been a school, or perhaps another church. 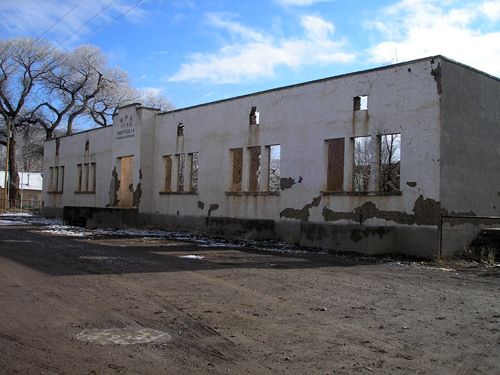 Two more miles north is Monticello, the road dotted with old buildings, cattle, and corrals along the way. Monticello was first named Canada Alamosa, meaning “Canyon of the Cottonwoods,” when it was first settled by farmers and ranchers in 1856. The settlement was built in a square to protect the residents from Apache attacks, who resided nearby in Warm Springs Apache territory. The old plaza, which housed a church and several businesses was surrounded by thick adobe walls with gun sight holes for defense. Ironically, the town would later become the headquarters for the Southern Apache Agency as the Indians were “rounded up,” and housed some 500 Apache in the early 1870’s before a post was established at nearby Ojo Caliente in 1874.

In 1881, the town established a post office and was renamed for one of its first settlers, a man named John Sullivan. Originally from Monticello, New York, he was with the army when he first came to the community. Soon afterward, he married a local girl.

Though the thick adobe walls that once surrounded the plaza are gone, remnants of the foundation can still be seen in what is today a small community park.

The 1867 San Ignacio Catholic Church still stands sentinel on the north side of the park and is still used by parishioners today. A number of homes and old business also stand in this small town, which still has active residents. Some have been maintained, while others are quickly deteriorating. A large school, built in 1935 by the WPA, burned down decades ago, but its crumbling walls still stand. On a hill northwest of the historic plaza is an old cemetery that has graves dating back to the 1700’s.

This fertile valley, which once was called home to more than 1,000 families, is now home to less than 100 families, which continue to ranch and manage a number of organic farms that produce fruits and vegetables as well as herbal health and beauty products.

Please note that all properties of these two historic communities are private and there are no services in the area, so be sure to fill your tank with gas before venturing in. 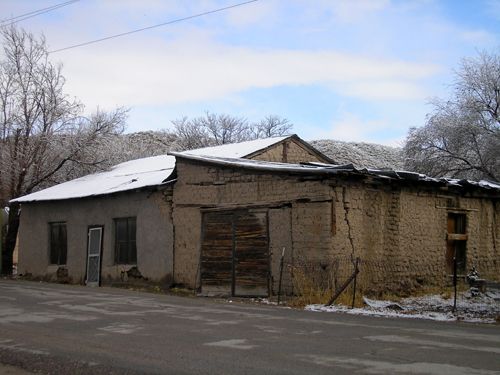