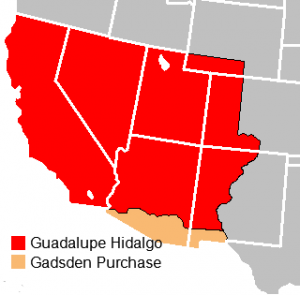 The Gadsden Purchase was an agreement between the United States and Mexico after the Mexican-American War. Finalized in 1854, the United States agreed to pay Mexico $10 million for a 29,670 square mile portion of Mexico that later became part of Arizona and New Mexico. Gadsden’s Purchase provided the land necessary for a southern transcontinental railroad and attempted to resolve the conflicts between the two nations, but some still lingered.

While the Treaty of Guadalupe Hidalgo formally ended the Mexican-American War in February 1848, tensions between the Governments of Mexico and the United States continued to simmer over the next six years. The two countries each claimed the Mesilla Valley in southern New Mexico and far West Texas as part of their own country. The Mexican Government demanded monetary compensation for Native American attacks in the region because, under the Treaty, the United States had agreed to protect Mexico from such attacks. However, the United States refused to comply, insisting that while they had agreed to protect Mexico from the attacks, they had not agreed to financially compensate Mexico for attacks that did occur. The persistent efforts of private American citizens to enter Mexico illegally and incite rebellions to gain territory exacerbated tensions between the governments.

These continuing tensions between Mexico and the United States complicated U.S. efforts to find a southern route for a transcontinental railroad as the only viable routes passed through Mexican territory. In 1847, the United States attempted to buy the Isthmus of Tehuantepec, an isthmus on the southern edge of North America, as an alternative means of providing a southern connection between the Atlantic and Pacific oceans. Mexico, however, had already granted Mexican Don José de Garay the right to build colonies for Americans on the isthmus with capital from the New Orleans Company. Fearing the colonists would rebel like Texas, Mexican President Juan Ceballos revoked the grant, angering U.S. investors. 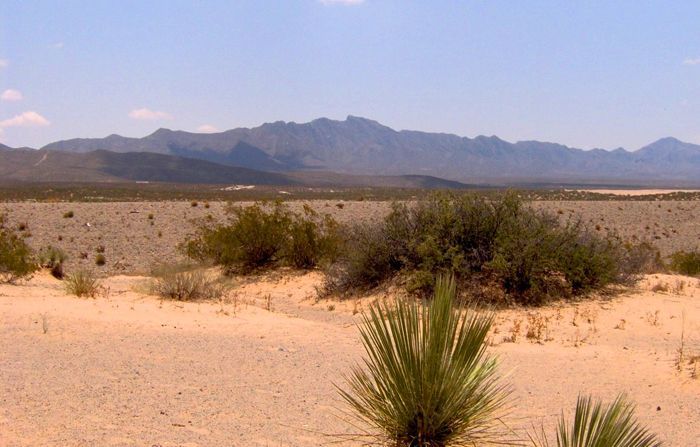 In 1853, Mexican officials evicted Americans from their property in the disputed Mesilla Valley. When the U.S. Government did not act, Governor William Lane of New Mexico declared the Mesilla Valley part of the U.S. territory of New Mexico. Mexican President Antonio de Santa Anna responded by sending troops into the valley. Attempting to defuse the situation, U.S. President Franklin Pierce sent James Gadsden, the new U.S. Minister to Mexico, to negotiate with Santa Anna. Secretary of State William Marcy instructed Gadsden to renegotiate a border that provided a route for a southern railroad, arrange for a release of U.S. financial obligations for Native American attacks, and settle the monetary claims between the countries related to the railroad project.

Gadsden met with Santa Anna on September 25, 1853. President Pierce sent verbal instructions for Gadsden through Christopher Ward, an agent for U.S. investors in the project, giving Gadsden negotiating options ranging from $50 million for lower California and a large portion of northern Mexico to $15 million for a smaller land deal that would still provide for a southern railroad. Ward also lied to Gadsden, stating the President wanted the claims of the Garay party addressed in any treaty concluded with the Mexican Government; however, President Pierce never gave Ward these instructions because he did not believe in government involvement in affairs between private companies and foreign governments. Santa Anna refused to sell a large portion of Mexico, but he needed money to fund an army to put down ongoing rebellions, so on December 30, 1853, he and Gadsden signed a treaty stipulating that the United States would pay $15 million for 45,000 square miles south of the New Mexico territory and assume private American claims, including those related to the Garay deal. The United States Government agreed to prevent American raids along Mexico’s border, and Mexico voided U.S. responsibility for Native American attacks. 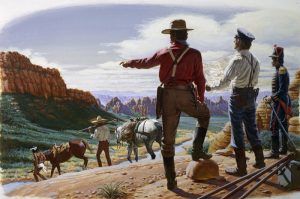 With a great deal of difficulty resulting from the increasing strife between the northern and southern states, the U.S. Senate ratified a revised treaty on April 25, 1854. The new treaty reduced the amount paid to Mexico to $10 million, and the land purchased to 29,670 square miles and removed any mention of Native American attacks and private claims. President Pierce signed the treaty, and Gadsden presented the new treaty to Santa Anna, who signed it on June 8, 1854.

After Gadsden’s Purchase, a new border dispute caused tension over the United States’ payment, and the treaty failed to resolve the issues surrounding financial claims and border attacks. However, it did create the southern border of the present-day United States, despite the beliefs of the vast majority of policymakers at the time who thought the United States would eventually expand further into Mexico. 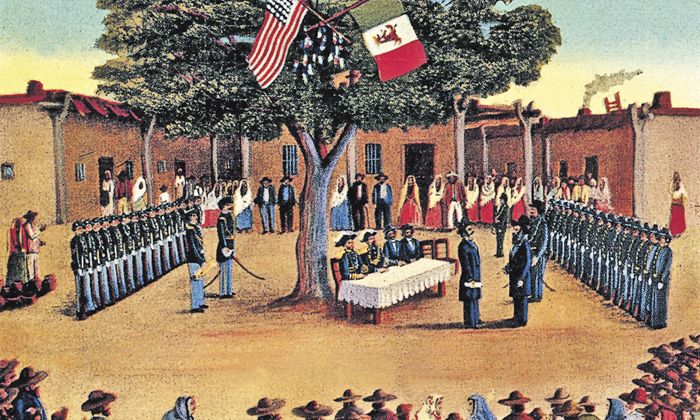 Source: Office of the Historian