Many are the scenes of religious miracles in this country, although French Canada and old Mexico boast of more. So late as the prosaic year of 1889, the Virgin was seen to descend into the streets of Johnstown, Pennsylvania, to save hermitage on the Catholic Church in that place, when it was swept by a deluge in which hundreds of persons perished. The wrath of the Madonna caused just such a flood in New Mexico long years ago. There is in the old Church of Our Lady of Guadalupe, in Santa Fe, a picture that commemorates the appearance of the Virgin to Juan Diego, an Indian in Guadalupe, old Mexico, in the 16th century. She commanded that a chapel be built for her, but the diocese bishop declared that the man had been dreaming and told him to go away.

The Virgin came to the Indian again, and still, the bishop declared that he had no evidence of the truth of what he said. A third time, the supernatural visitor appeared and told Juan to climb a certain difficult mountain, pick the flowers he would find there, and take them to the bishop. 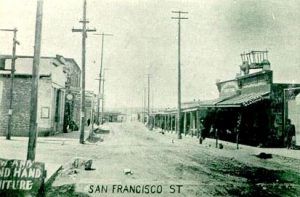 After a long and dangerous climb, they were found growing in the snow to the Indian’s amazement. He filled his blanket with them and returned to the Episcopal residence, but when he opened the folds before the dignitary, he was more amazed to find no flowers but a glowing picture painted on his blanket. It hangs now in Guadalupe but is duplicated in Santa Fe, where a statue of the Virgin is also kept. These treasures are greatly prized and are resorted to in times of illness and threatened disaster, the statue being taken through the streets in procession when the rainy season is due. Collections of money are then made, and prayers are put up for rain, to which appeals the Virgin makes a prompt response, the priests pointing triumphantly to the results of their intercession.

One year, however, the rain did not begin on time, though services were almost constantly continued before the sacred picture and the sacred statue, and the angry people stripped the image of its silks and gold lace and kicked it over the ground for hours. That night a violent rain set in, and the town was nearly washed away, so the populace hastened the work of reparation in order to save their lives. They cleansed the statue, dressed it still more brilliantly, and addressed their prayers to the Virgin with more energy and earnestness than ever before.

Compiled and edited by Kathy Weiser/Legends of America, updated September 2021. 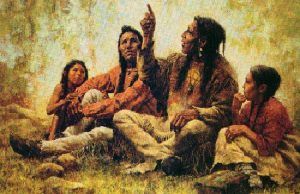