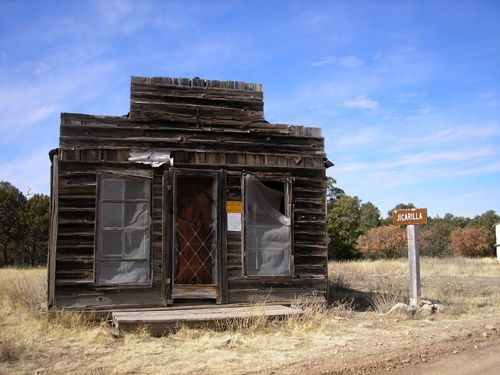 Some 12 miles northeast of White Oaks, New Mexico on an unpaved Forest Road is the old settlement of Jicarilla. Mining has been occurring in this mountainous area as far back as 1850 when local Hispanics worked the streambeds separating the gold from the dirt in wooden bowls called a “bateas.”

By the 1880s, the locals were joined by more prospectors, who began to look for gold in the area and the small settlement of Jicarilla, named for the mountains surrounding it, was formed. Though the mining was only moderately successful and the town remained very small, about 200 people lived in crude shacks and homes that dotted the area. A post office was established in 1892.

By the early 1900s, the town had a general store and a saloon, and a Justice of the Peace. In 1907, a schoolhouse, that also served as a church and area meeting place, was built.

During the Depression years of the early 1930s, the little village saw growth, as destitute families moved in to find any means to support themselves, and the town reached its peak of about 300 people. Miners could make as much as $7 per week and often supplemented their tables with area game. When the economy improved, people moved out once again. 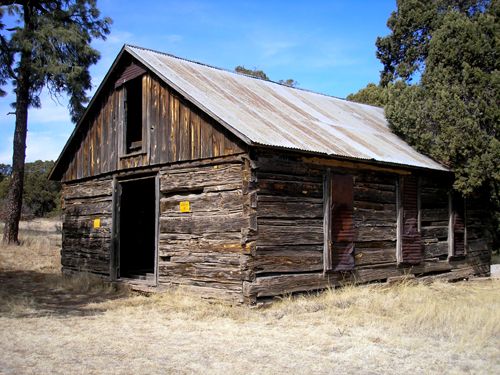 The post office remained until 1942 when it was closed forever. Today, there are no occupants of the small town and only a few remaining buildings. The old school, which was also used as a church and for area events, including Saturday night dances, continues to stand.

An old false front building, that was formerly the store, post office, and assay office, also continues to stand, as well as a couple of old homes. The Jicarilla cemetery is about ¼ mile south of the school. 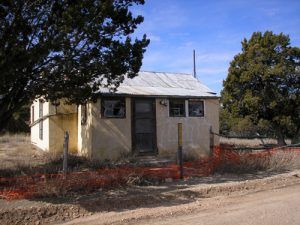