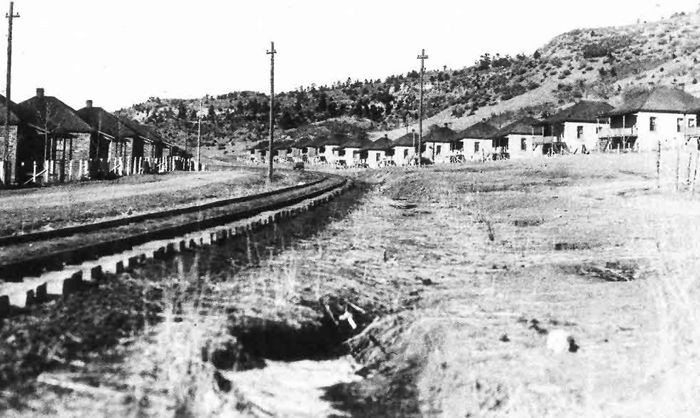 Brilliant was established in Dillon Canyon on what is now the vast Vermejo Park Ranch in northeast New Mexico. The area, first known as Willow, was prospected and mined for several years before Brilliant was organized in 1905 by the St. Louis, Rocky Mountain & Pacific Company. A rail line was run up the canyon to Brilliant the same year, and a post office was established in 1906. 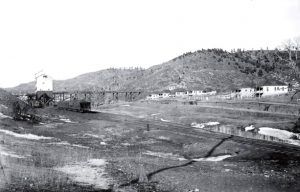 The company opened the first Brilliant mine in January 1906. With the opening of coal mine operations, mine structures were built at the north end of Dillon Canyon at its widest point. Within the complex of mine buildings, were the electric substation, mule barn, powerhouse, pumphouse, feed house, community center, and store. The tipple, tram, washing plant, sand house, and adits were located just to the south of the mine buildings. There were no coke ovens in Brilliant; it was all sent to Gardiner for processing. Miners also worked another mine in Tin Pan Canyon, just south of Brilliant.

The earliest buildings of the camp were built north of the mine area in rows. Some houses also ran south from the workings, while boardinghouses for the single men sat west of the mines. The schoolhouse was at the end of the row of houses to the north and had 25 pupils and one teacher on opening day. 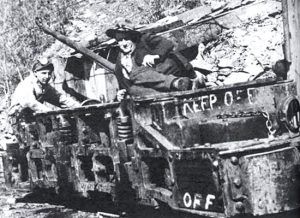 In 1907 Brilliant had 350 people, a telephone company, the Japanese Hotel, the Brilliant Hotel, Blossburg Mercantile Co., Brilliant Electric Company, a boarding house, a recreation hall, and saloons but no church. Church services were held in the schoolhouse. The community also had a doctor and a sheriff, and the Brilliant & Raton Stage line. In 1908 a new coal-washing plant was built along with 50 houses and two boarding houses. However, that same year, operations at the Brilliant mines were suspended due to the Panic of 1907 (A U.S. financial crisis that lasted three weeks starting in mid-October).

The New Mexico Mine Inspector’s Report of 1910 stated that Brilliant produced excellent domestic coal and good coking coal. The coal came from the Tin Pan seam and was considered the best coking coal in the region. 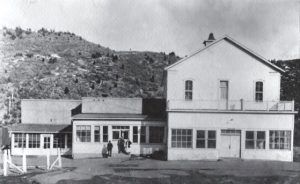 The camp reopened in September 1912 and continued a lively existence well into the 1920s. Residents enjoyed ladies club meetings, baseball games between Brilliant and other local camps, dances, and movies shown at the schoolhouse and recreation hall. By 1915 the mine was producing 160,703 tons of coal per year.

A large clubhouse opened in late 1919 and was very popular with the residents of the community. It held a recreation room, pool tables, a refreshment room, a library, a reading room, and a dance hall. Movies were shown there about twice a week.

In 1920, the population was 606, and by 1925 the town had 99 houses. But the population began to drop, and the school closed in 1927. By this time, Brilliant’s history began to merge into that of Swastika, a mile south. For a while, the two towns functioned side by side until Brilliant closed its post office in 1935. 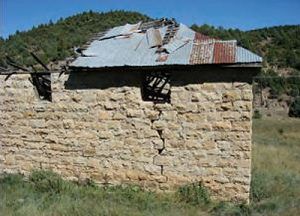 By 1939, only 10 people left in Brilliant, including a caretaker, his family, and a few other residents. The mines closed for good in 1949, and by 1953 the buildings and equipment had been sold for scrap or moved to Raton. The area was cleaned up after it was abandoned, so there is little at the site to show that it was ever a town.

The town was located five miles north of Gardiner. The Vermejo Park Ranch owns the property, and all access to the town is blocked off, except for ranch guests who pay a hefty price for a night’s lodging. 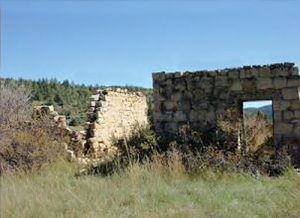