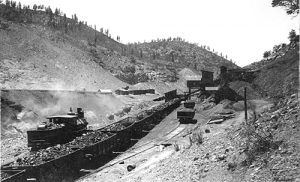 Blossburg was the first mining community established in Dillon Canyon on what is now the vast Vermejo Park Ranch in northeast New Mexico. Prospecting for coal had begun before 1880, making it one of the oldest coal mining towns in New Mexico.

The Raton Coal and Coking Company and the Santa Fe Railroad officially began operations in 1881. The town was situated in Dillon Canyon with mining operations in Seeley and Dutchman Canyons. The community was developed by Colonel Ed Savage, from Blossburg, Pennsylvania, hence the name of the town. He would also become the superintendent of the mines. In 1881, the town received a post office, and the railroad built a branch to Dillon Canyon. From the start, Blossburg suffered from labor problems. On January January 30, 1882, 60 miners were dismissed because they objected to the labor system.

By 1885 there were at least 500 men working in Blossburg. In 1890 the population had climbed to 1,171. During these peak days, the town boasted a school, two churches, several saloons, a boarding house, a hotel, stores, a meat market, a newspaper, and a band. However, the town had no doctor, so Dr. Shuler made the trip from Raton, by horse or carriage, to Blossburg to care for the sick. The first telephone in Colfax County was installed at Dr. Shuler’s house in Raton and ran to Smith’s Store in Blossburg. In 1891 the Blossburg mines were producing about 60 carloads of coal per day. 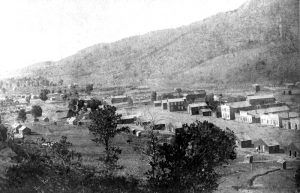 Blossburg, New Mexico in its heydays.

Blossburg would suffer several disasters throughout the years, with the first occurring with an extensive fire in the early 1890s. In March 1894, a mine explosion occurred, killing five men and injuring three others. The explosion was caused by poor ventilation and the accumulation of methane gas.

A few months later, the miners went on strike, closing the mine, and became destructive. On July 5, 1894, the Raton Range stated, “Last night and the night before, coal cars were cut loose on the Blossburg Branch and let run down into the cars on the mainline at Dillon doing considerable damage.” As a result, more than 80 U.S. Deputy Marshals and four companies of troops from Denver, Colorado, were brought in to quell the strike. Afterward, the newspapers’ heavy-handedness of the mine operators was unnecessary, and some noted that the community was never quite the same. Blossburg never again enjoyed full production and prosperity. 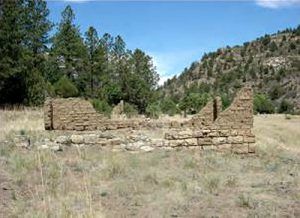 Blossburg was also the home base for the Blossburg Mercantile Company, founded there in 1895. Its purpose was to buy and sell merchandise and land. In 1896 the Raton Coal and Coke Company became the leading stockholder and ran the company. The business then moved to Gardiner, and eventually, the company owned the exclusive right to sell goods at all of the mine camps, creating a total lack of competition.

In April 1896, another disaster occurred when a flood wiped out many of Dillon Canyon buildings.

Thin beds of coal led to slowdowns in production by 1903, and the population of Blossburg dropped to only 100. The post office closed in 1905. However, that same year, the Blossburg mines still produced 42,000 tons of coal. The St. Louis, Rocky Mountain, and Pacific Company took over operations that year and improvements began to be made. In 1906, a new tipple, powerhouse, fan engine house, and haulage engine house were constructed. 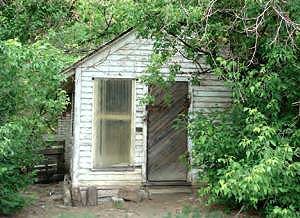 Another mine explosion occurred at the Dutchman No. 3 Mine at Blossburg on October 5, 1906, killing 10 men, injuring three, and wrecking the mine. The bodies of the dead were never recovered. It was believed to have been caused by leaving an air door open, which short-circuited the ventilation system and created methane accumulation. The methane ignited when two men came in contact with the gas with their open lights.

In 1917 the St. Louis, Rocky Mountain, and Pacific Company began prospecting to the immediate north of Blossburg for another mine. This area turned into the separate mining camp of Swastika.

Today, only one complete dwelling remains in Blossburg, plus a few partially standing walls. All other structures have been reduced to minimal foundations due to extensive flooding. The Vermejo Park Ranch owns the property, and all access to the town is blocked off, except for ranch guests who pay a hefty price for a night’s lodging. 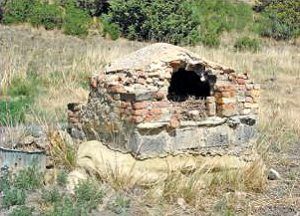