Costilla, New Mexico, is a small town in Northern Taos County near the Colorado border. 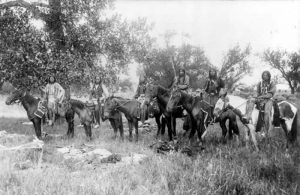 Located at the southern end of the San Luis Valley, the region was first settled by Ute Indians about 12,000 years ago. These people, the oldest continuous residents of Colorado, were referred to as the “Blue Sky People” by visiting tribesmen of the eastern plains due to the startling, intense clarity of the sky. By 1400 A.D., other American Indian tribes joined the Ute in the region, including the Apache and Navajo from the North, Tiwa and Tewa people from the south, and Comanche, Kiowa, Cheyenne, and Arapaho from the eastern plains.

Although the valley is mostly an alpine desert, water is supplied by several fresh-water lakes and rivers, making it a highly valued seasonal hunting ground for early tribes. These early people were the first to discover the Rio Costilla area and also utilized the area for fishing, farming, and gathering. 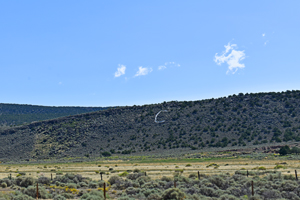 Spanish conquistadors came to the region in 1540, with explorer Francisco Vasquez de Coronado being the first to search out these mountains and valleys that fringe the Rio Grande in Northern Taos County. Other explorers soon followed include Juan de Onate in 1589, Governor and General Diego de Vargas in 1692, and Governor Juan Bautista de Anza in 1779. New Mexico was claimed by Spain from 1589 to 1821 when Mexico gained independence.

Along with nearby Amalia, New Mexico, and Garcia, Colorado, Costilla was founded as a farming and ranching community in the early 1800s. Initially, all three were all part of Taos County, New Mexico. When the United States won the Mexican-American War, New Mexico became a U.S. Territory. Hispanic settlers then began moving north and settling in the valley after the United States made a treaty with the Ute Indians and established a fort. The three small towns were listed in the first American census of 1850 as having approximately 3,000 people.

Mariano Arellano and Faustin Medina began to settle Costilla in the late 1840s. These men and others from Arroyo Hondo, New Mexico, became familiar with the Costilla area as they traveled through the San Luis Valley and over the Sangre de Cristo Pass into Colorado. Seeking pasture land for their livestock, they grazed their sheep and cattle in the area in the summer. After a few years, they permanently settled along the Rio Costilla and built adobe homes together in a U-shaped rectangle for defense. In 1849, seven plazas were settled along the Rio Costilla to encourage occupation on the Sangre de Cristo Land Grant. 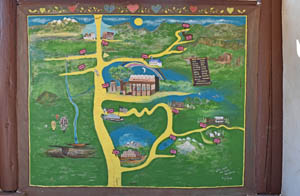 The pioneering families built their homes around four plazas that defined the original Costilla community. The settlers also built a small church called San Miguel de la Costilla in the 1850s; however, it would not gain a priest until the early 1860s. The settlers also began to dig the “acequia madre,” the mother ditch, to irrigate their lands, which is still in use today.

At some point, a new church was built on the north side of Costilla. Recorded baptisms began in the Sacred Heart Catholic Church in 1865. Though it has changed over the years, the white stucco building still serves parishioners today, and a cemetery stands just west of the church.

In 1869, the border between New Mexico and Colorado was resurveyed, and Garcia became part of Colorado, making it the oldest settlement in the state. 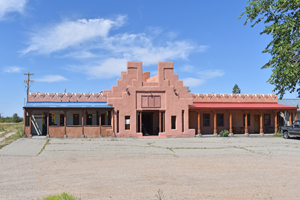 In 1942, the Rio Costilla Cooperative Livestock Association purchased 80,000 acres of the Sangre de Cristo Land Grant, and cattle ranching became the primary focus in the area. In the next decades, the land began to be seen for its recreational value, and in 1983, visitors were allowed to hunt, fish, and camp on designated portions of the ranch.

Today Castillo is a collection of homes, many abandoned adobe buildings, and the remains of adobe plazas. Though called home to less than 100 people, the community still maintains a post office. State roads 196 and 522 intersect in the community. 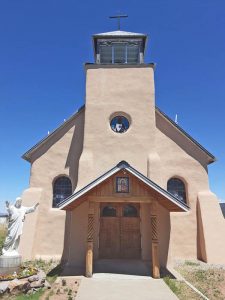