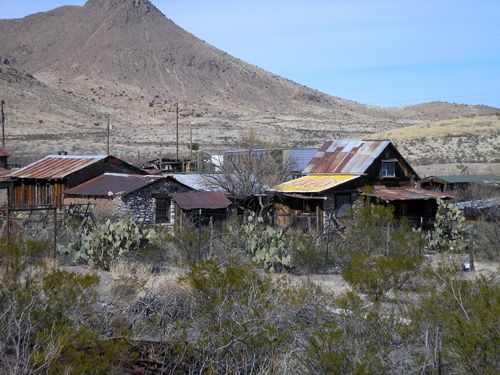 Called the Kimball Mining District, several mining camps, with names like Kimball, Pocahontas, and Beck, sprang up along the base of the Peloncillo Range in the late 1870s after the discovery of mixed deposits of gold, silver, lead, and copper, at which time the area began to crawl with prospectors. Steins, however, would be known as a railroad town. 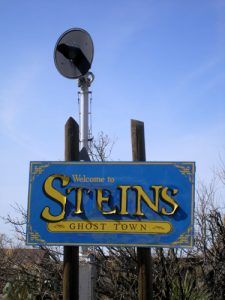 In 1878, the Southern Pacific Railroad began to blast away at the rock bluffs of the area, developing a quarry and taking away tons of rock for a new railroad bed. During this time, some 1,000 Chinese railroad workers lived at the foot of Steins Peak.

By 1880, the railway was completed through the area, and the railroad stabled a station near what would become the town of Steins at Steins Pass. For more than a decade, the area was dotted with little more than ramshackle cabins and prospector tents, though Beck’s Camp sported a store and a hotel, with buckboard service to the Southern Pacific Station. A Post Office was established at Steins Pass to serve the area in January 1888.

On December 9, 1897, the mining camps were bursting with excitement when the Southern Pacific Sunset Limited was held up at Steins Pass by the Black Jack Ketchum Gang. In the robbery attempt, a trainman named Edward Cullen was killed, and the bandits could escape; however, they made off with no money.

There has been confusion over whether a Stage Station for Butterfield’s Overland Mail Company (1858-1861) was located in Steins. According to the research by Gerald T. Ahnert, an authority on the history of this famous line, that confusion probably comes from the fact there was a “Steins Stage Station” at the foot of Stein’s Peak, a few miles from the town. The Overland Mail Company ran through Doubtful Canyon, three and a half miles north of town. To confuse things further, the town of Steins is by Steins Mountain and Steins Pass, not Steins Peak. 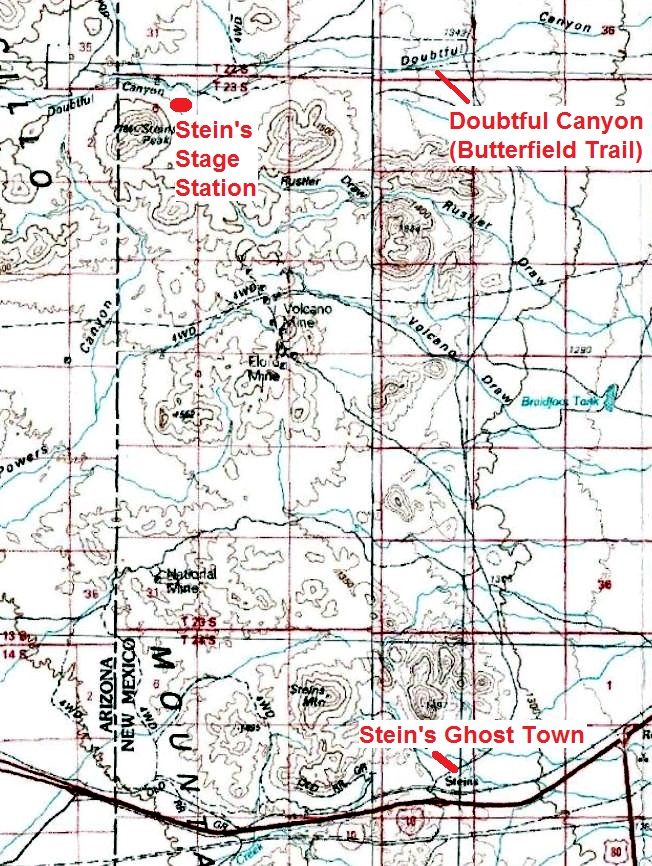 Although there are many government records from 1858 to 1861 published in Senate Documents by the Postmaster General and reports from newspaper correspondents who were passengers on a Butterfield stage that describe the route and stations, one of the best Ahnert recommends is The Butterfield Overland Mail, Only Through Passenger on the First Westbound Stage, by Waterman L. Ormsby, The Huntington Library, San Marino, California. Ormsby was a correspondent for the New York Herald.

It is also alleged that the San Antonio & San Diego Mail Route (a.k.a. The Jackass Mail or Birch Stage) operated by James E. Birch also had a station at the same location where Steins would develop. However, it too went through Doubtful Canyon to the north of town starting in July of 1857, and for a brief time during Overland Mail service in 1858, and didn’t have a station in the area. 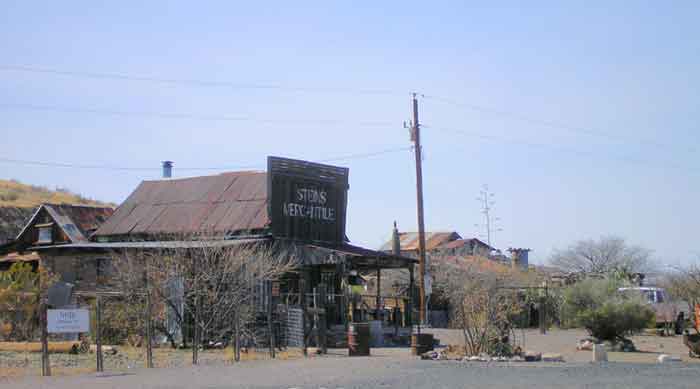 In 1902, the area around the town of Steins only had 35 registered voters but sported a schoolhouse for the children. A couple of years later, the Southern Pacific Railroad built a new station east of the older one at Steins Pass, and the town of Steins grew fast around it, with the post office moving there in 1905.

By 1905, the settlement boasted about 100 people, a mercantile store, a restaurant, and a saloon. Acting as a headquarters for a few mining companies, the town grew to about 200, most of whom worked in the nearby mines or in the rock quarry.

At its high point in 1919, it is estimated that the surrounding area supported more than 1,000 residents. By this time, the town also had a boarding house, two bordellos, a dance hall, more stores, two more saloons, and a hotel. But, for those early pioneers, life was tough in the desert region, as there was no water source, and had to be brought into the area on the train, selling as high as $1.00 per barrel.

For Steins (pronounced ‘steens’ by some), prosperity would be short-lived. In 1925, the rock quarry closed, putting dozens of men out of work, and at the end of World War II, the Southern Pacific Railroad discontinued its stop in Steins, giving the town notice that it would no longer deliver water and the station would be closed.

Spelling certain death for the town, the railway offered the residents free transportation to wherever they might like to go. The vast majority of its inhabitants took the offer, leaving many of their possessions behind. In time Steins was completely abandoned. The post office was discontinued in 1944. In 1964 a fire destroyed many of the historic deserted buildings. 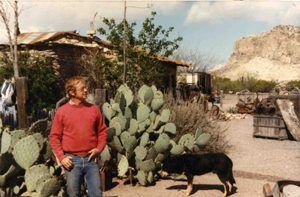 Around 1976, a man named Warren Garrison says he took on the task to “rebuild” Steins after his parents purchased the land. About his experience in the 1970s, Garrison wrote:

‘I remember the very first morning I stayed there, a man came up and sat down in the window. “Good morning; how you doing?” and I was just waking up. “So what’s going on, what are you doing here?” I said, “well, I’ve always wanted to do something here and I guess this is it.” He kind of laughed and gave me $5 and said he’d check on me again someday when he passed through again and left. That was the first bit of encouragement that I got from anyone. During that first night a rattler had crawled into the room and my little dog Spooky had barked and tipped me off, kinda scary but I got up and I do remember having a flashlight so I got it and put it in a big barrel that was there at Steins.’

Garrison says during the next 13 years; he worked many days at nearby Shakespeare for Manny and Janaloo Hough to get money to support his renovation project, building a following for the Ghost Town along the way.  He tells us that after a while, he had three to four hundred visitors a week coming in to experience the “Old West” realism he had created. 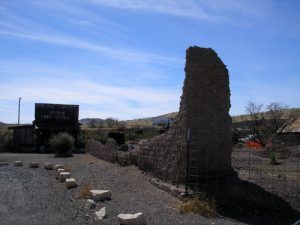 In 1988 Garrison decided to sell the place to Larry and Linda Link, and says since then the Link’s managed to write him out of Steins history. Indeed, while researching this article, some describe Garrison not by name but only as “a mysterious fellow who lived there alone.” Regardless of the feud between Garrison and the Links, Steins continued to host tourists until the Links retired in 2008, then continued tours by appointment for another few years.

In June of 2011, Larry Link was murdered, a crime that, as of this writing, is still unsolved. Link was shot five times by an unknown assailant who left an untraceable gun behind. Police think it was a break-in gone wrong that potentially involved drug cartels, but Pamela Link, Larry’s daughter, told ABC Television affiliate KVIA in May of 2015 that she thinks it was someone local who knew him.

What’s left of the community includes several adobe ruins and about ten restored buildings, including a tack shop, a community kitchen, and “Girdie’s Garter.” Nearby is an old cemetery dotted with a few worn and weathered tombstones.

Though its many residents are gone, the Southern Pacific locomotives still make their way past the town daily, whistling away as a reminder of a more prominent time.

Steins is 19 miles west of Lordsburg, New Mexico, just off I-10 at Exit #3, just east of the Arizona–New Mexico border.