The Battle of Taos in 1847, during the Mexican-American War, depicts the death of Captain John H.K. Burgwin during the siege of the Taos Pueblo.

The Taos Revolt was an insurrection in January 1847 by Hispano and Puebloan allies against the United States occupation of present-day northern New Mexico during the Mexican–American War.

General Stephen W. Kearny was ordered from Fort Leavenworth, Kansas, to the southwest to secure the New Mexico territory during the war. When he and 1,700 troops marched into Santa Fe unchallenged on August 15, 1846, Governor Manuel Armijo surrendered without firing and soon retreated to Chihuahua, Mexico. In his famous first speech in Santa Fe, Kearny assured the people that the United States government would respect their property and religion and protect them from marauding Indians.

Within just a few days, Kearny established a new system, dubbed the “Kearny Code,” and began to form a civilian government, appointing Charles Bent as New Mexico’s first territorial governor and Charles Beaubien as one of three federal judges. He left Colonel Sterling Price in command of U.S. forces in New Mexico and departed with his forces for California.

Though many New Mexicans were un-reconciled to Armijo’s easy surrender, they initially put up no organized resistance. However, they were worried about their land titles. They resented their treatment by U.S. soldiers, who sometimes digressed into cruel occupiers — requisitioning food and items from merchants without paying, abusing the women, and littering the villages. Finally, due mainly to the efforts of a few paranoid and anti-American priests, the Mexicans came to fear for the future of their Catholic church.

Governor Bent described in one of his reports:

“As other occupation troops have done at other times and places have done, they undertook to act like conquerors.”

“to interpose your authority to compel the soldiers to respect the rights of the inhabitants. These outrages are becoming so frequent that I apprehend serious consequences must result sooner or later if measures are not taken to prevent them.”

Over time, the resentment grew, and dissenters plotted a Christmas uprising in Santa Fe. However, their plans were discovered by the U.S. authorities, thwarted, and several of them were arrested. Just weeks later, in the city of Taos, New Mexico, a revolt led by Pablo Montoya, a Hispano who called himself “the Santa Ana of the North,” and Tomás Romero, a Taos Puebloan, began on the morning of January 19, 1847.

Though Governor Charles Bent’s offices were in Santa Fe, his residence was in Taos. That morning, Tomás Romero led a Native American force to Bent’s home, broke down the door, shot the governor with arrows, scalped him in front of his family, and killed Bent’s brother-in-law, Pablo Jaramillo, before moving on.

However, Bent was still alive and with his wife and children, and Kit Carson’s wife, who was staying with them, soon escaped. Later, when the insurgents discovered them, they killed Bent but left the rest of his family unharmed.

The massacre did not stop for two days. The mob destroyed American homes and slaughtered their inhabitants.

They shot down Taos Sheriff Stephen Lee as he hid atop his roof. They discovered 19-year-old Narcisso Beaubien, son of Judge Charles Beaubien, who was absent at the time, huddled beneath a water trough, and lanced him to death. They also killed Cornelio Vigil, an attorney and probate judge, and J.W. Leal, a circuit attorney. They broke into Kit Carson’s house, who was away with General Kearny in California and pillaged everything.

“It appears to be the object of the insurrectionists to put to death every American and every Mexican who has accepted office under the American government.”

From there, the rebellion spread across northern New Mexico as dispersed bands of Mexicans and Indians attacked American wagons, camps, and ranches.

On January 20, an armed force of approximately 500 Hispano and Pueblo Indians attacked Simeon Turley’s mill and distillery in Arroyo Hondo, several miles outside of Taos. About 8-10 mountain men were inside the mill, including William LeBlanc, John David Albert, and Tom Tobin. After a day-long battle, only Simeon Turley, John David Albert, and William LeBlanc survived. Six men were killed, and the mill was burned to the ground. Simeon Turley was killed a short time later when one of his native “friends” disclosed his whereabouts.

The same day, Hispano insurgents killed seven or eight American traders passing through the village of Mora, New Mexico, on their way to Missouri. 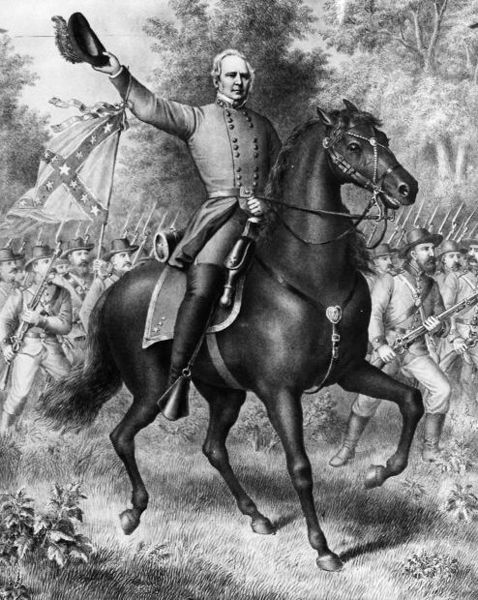 On January 21, Colonel Price led more than 300 U.S. troops and 65 volunteers organized by Ceran St. Vrain, the business partner of the Bent brothers, from Santa Fe to Taos. Along the way, the combined forces beat back a force of some 1,500 Hispano and Pueblo Indians at Santa Cruz and Embudo Pass. The insurgents then retreated to the Taos Pueblo, where they took refuge in the thick-walled adobe church.

In the meantime, U.S. Army Captain Israel R. Hendley of the Second Missouri Volunteers learned of the insurrection when he and his troops were situated along the Pecos River. On January 22, Hendley learned that the rebels had gathered a force of 150 or more men in Mora, where he headed with 80 men. Two days later, he arrived in Mora, where he found a body of Mexicans under arms, prepared to defend the town. He and his troops were attacked, and Hendley was killed. This confrontation is known as the First Battle of Mora.

A separate force of U.S. troops campaigned against the rebels again in Mora on February 1, 1847. The attack led by Captain Jesse I. Morin, known as the Second Battle of Mora, destroyed the village, which ended the Mora campaign of the revolt.

On February 3, Colonel Sterling Price marched through Taos, New Mexico unopposed, before continuing to the Taos Pueblo, where he found the rebels had strongly fortified themselves in church. 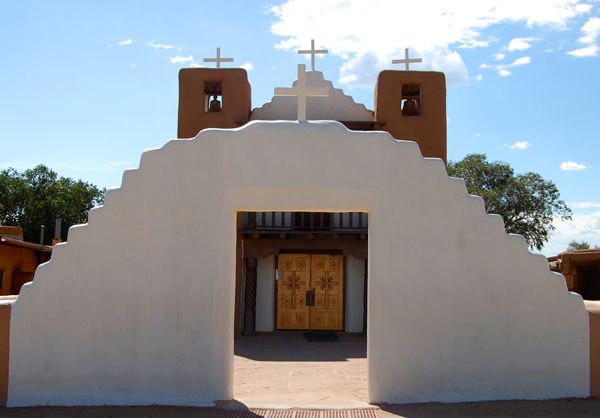 A “new” San Geronimo Mission was built in 1850. The youngest of the structures in the pueblo still serves parishioners today, Kathy Alexander.

The soldiers directed a cannon at the church, blowing holes in its thick adobe walls. In the ensuing battle, about 150 rebels were killed, another 400 more were captured, and the church was nearly destroyed. Seven Americans were killed, including Captain John H. K. Burgwin, for whom Fort Burgwin was later named. The next day, the rebels surrendered.

The Siege of Pueblo de Taos was the final battle of the Taos Revolt.

In the battle, several rebels were captured, including the two rebellion leaders, Pablo Montoya and Tomás Romero. Romero was imprisoned and, the day after the battle, was shot in his cell by Private Fitzgerald before he could be brought to trial. On February 6, Montoya was brought to trial, convicted of treason, and quickly sentenced to death. He was hanged in Taos on February 7, 1847.

Later trials resulted in 14 other public hangings occurring on April 9, April 30, and May 7. Presiding over this court was Judge Charles Beaubien, father of the slain Narciso and, coincidentally, father-in-law of Sheriff Stephen Lee.

An eyewitness, Lewis Hector Garrard, described the trials and events:

“It certainly did appear to be a great assumption of the part of the Americans to conquer a country and then arraign the revolting inhabitants for treason. American judges sat on the bench, New Mexicans and Americans filled the jury box, and an American soldiery guarded the halls. Verily, a strange mixture of violence and justice — a strange middle ground between martial and common law. After an absence of a few minutes, the jury returned with a verdict, ‘Guilty in the first degree’. Five for murder, one for treason. Treason, indeed! What did the poor devil know about his new allegiance? … I left the room, sick at heart. Justice! Out upon the word when its distorted meaning is a warrant for murdering those who defended to the last their country and their homes.”

Though the last official battle of the Taos Revolt was the Siege of Taos, New Mexican rebels engaged U.S. forces three more times in the following months, including the Battle of Red River Canyon, the Battle of Las Vegas, and the Battle of Cienega Creek. 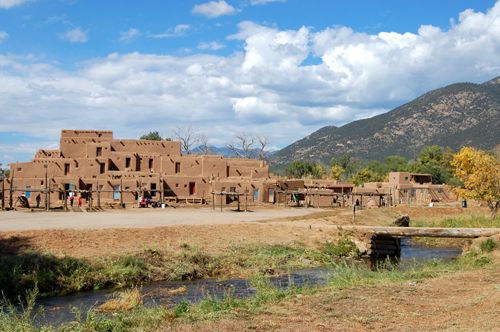