Snohomish – A Salish tribe formerly living on the south end of Whidbey Island, Puget Sound, and on the mainland opposite at the mouth of Snohomish River in Washington. Their population was 350 in 1850. What was left of them moved to the Tulalip Reservation, Washington, mixed with other broken tribes.

Snoqualime/Snoqualmie – Belonging to the Nisqually branch of the coastal division of the Salishan linguistic family, they lived on the Snoqualmie and Skykomish Rivers in Washington. They were reported to have numbered 225 in 1857.

Soacatino – Also called Xacatin, they were a tribe met by the companions of Hernando de Soto in northwestern Louisiana or northeastern Texas. They were probably Caddo but this has not been determined definitively. 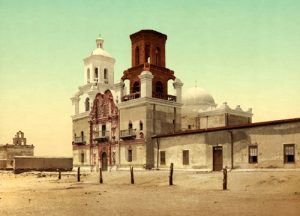 Sobaipuri – A Piman tribe, they formerly inhabiting the main and tributary valleys of San Pedro and Santa Cruz Rivers, as well as the Gila River between the month of the San Pedro River and the ruins of Casa Grande, and possibly eastward of this area in south Arizona. Missions were established among them by the Spaniards in the latter part of the 17th and beginning of the 18th centuries at Guevavi, Suamca, and San Xavier del Bac. They were said to have driven out of Aravaipa Canyon by the Apace and were forced to flee to the Pima. The Apache also caused them to give up their homes on the San Pedro River and merge into the Papago tribe, who in later years at least one of the former Sobaipuri towns — San Xavier del Bac.

Spokane – A name applied to several small bands of Salishan, who lived on and near the Spokane River in northeast Washington. The name was originally employed by the Skitswish to designate a band living at the forks of the river, called the Smahoomenaish. However, white settlers extended the name to cover several allied divisions. Their population was estimated by Lewis and Clark in 1805 at about 600 people living in 30 houses. At the turn of the century, there were about 300 “Lower Spokane” and 238 “Upper Spokane” living at the Colville Reservation in Washington and almost 100 living on the Coeur d’Alene Reservation in Idaho.

Squaxon or Squakson – Belonging to the Nisqually branch of the coast division of the Salishan linguistic family, they lived on the North Bay of Puget Sound. They numbered about 1,000 in 1780 but by the turn of the early 1900s, they had been reduced to less than 100. 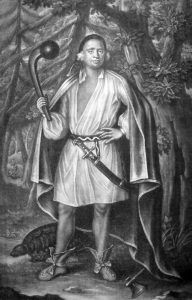 Stockbridge – The Stockbridge are a tribe of the Mohican Confederacy that were first known under the name Housatonic. They occupied part of the valley of Housatonic River, in south Berkshire County, Massachusetts. They later merged with the Munsee Indians to become the Stockbridge-Munsee Band of Mohican Indians. Many of them live in Shawano County, Wisconsin on a 22,000-acre reservation today.

Stehtsasamish – A division of the Salishan people who lived on Budds Inlet near the present site of Olympia, Washington. In 1854, they numbered only about 20 people.

Stillaquamish – A Salishan people who lived on the Stillaguamish River in northwest Washington. They were a branch of, or closely related to, the Snohomish, and moved to the Tulalip Reservation.

Sugeree – A small tribe, supposed to have been Siouan, that lived near the Waxhaw in Mecklenburg County, North Carolina and York County, South Carolina.  They occupied a fertile district and, where many settlements had been made. They were doubtless greatly reduced by the Yamasee War of 1715 and later merged with the Catawba tribe.

Suislaw – Belonging to the Siuslawan division of the Yakonan linguistic stock, they lived on and near the Siuslaw River in Oregon. By 1910, they were reported to number only seven people.

Suquamish – A Salishan division who lived on the west side of Puget Sound, Washington.  They claimed the land from Appletree Cove in the north to Gig Harbor in the South.  Seattle, who gave his name to the city, was chief of this tribe and the Duwamish in 1853. In 1857, they numbered 441, but by 1909 had been reduced to about 180 people.

Surruque – They were probably of the Timucuan linguistic group and lived near Cape Canaveral, Florida. When trouble arose between them and the Spaniards, their village was attacked. Sixty people were killed and another 54 captured.  Later they probably united with the Timucua people. 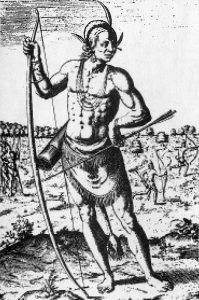 Susquehannock/Conestoga – The tribe occupied the Susquehanna River and its branches from the north end of Chesapeake Bay in Maryland across Pennsylvania into southern New York. Called noble and heroic, they were also described as aggressive, warlike, imperialistic, and bitter enemies of the Iroquois. Today, the tribe is gone, but their descendants can be found among the Iroquois and Lenape.

Sutaio – An Algonquian tribe, who lived along the James River in South Dakota in the 18th century. They were at war with the Cheyenne, their eastern neighbors to whom they were closely related linguistically. However, the two tribes finally formed an alliance and crossed the Missouri River together to the west. The Sutaio rapidly declined but kept their separate identity until about the year 1850, when they were absorbed by the Cheyenne.

Swallah/Swalash – A band of Salish Indians who lived on Orcas Island in northwest Washington. They were later removed to the Lummi Reservation.

Swinomish – A Salish tribe who lived on the south end of Whidbey Island, Puget Sound, and the on the mainland opposite at the mouth of Snohomish River, Washington. Their population in 1850 was 350. They were removed to the Tulalip Reservation, where they lived with other broken tribes.