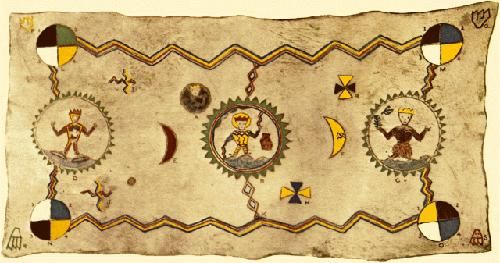 Sacred buckskin of the Apache

The Yavapai are an Apache tribe of the Yuman Family, they were popularly known as Apache Mohave and Mohave Apache, meaning “hostile or warlike Mohave.” Before their removal to the Rio Verde Agency in May 1873, the Yavapai claimed as its range, the Rio Verde Valley and the Black Mesa from the Salt River, as far as Bill Williams Mountains in western Arizona. They then numbered about 1,000. Earlier they ranged much farther west, as far west as the Colorado River, but, they were chiefly an interior tribe, living south of Bill Williams Fork as far as Castle Dome mountains above the Gila River. In the spring of 1875, they were placed under the San Carlos Apache Agency, where, in the following year, they numbered 618.

Writings of the time described the Yavapai men as tall and erect, muscular, and well proportioned; and the women as being stouter and handsomer than the Yuma. In 1900, most of the tribe drifted from the San Carlos Reservation and settled at their old home on the Rio Verde, including the abandoned Camp McDowell Military Reservation, which was assigned to their use on November 27, 1901. By 1903, they were said to number between 500 and 600 (but this number probably included some Yuma and Apache), scattered in small bands from Camp McDowell to the head of the Rio Verde.

By executive order of September 15, 1903, the old reservation was set aside for their use. However, in 1905, the ravages of tuberculosis were reported to be largely responsible for a great number of deaths, and by the following year, their numbers had been reduced. In 1906, there were officially reported 465 “Mohave Apache” at Camp McDowell and in the Upper Verde Valley of Arizona, and 55 at San Carlos for a total of 520.

Today, the Yavapai have three reservations in Arizona.

The Yavapai-Prescott Tribe is located near in Prescott, Arizona on a reservation of about 1,500 acres. Established solely for the Yavapai in 1935, it originally comprised only 75 acres of the former Fort Whipple Military Reserve in central Arizona. The modern Yavapai-Prescott Indian Tribe continues to preserve the ancient culture of its ancestors and works diligently to achieve economic independence through numerous tribal enterprises, including a resort and two casinos. Tribal members today number about 160. 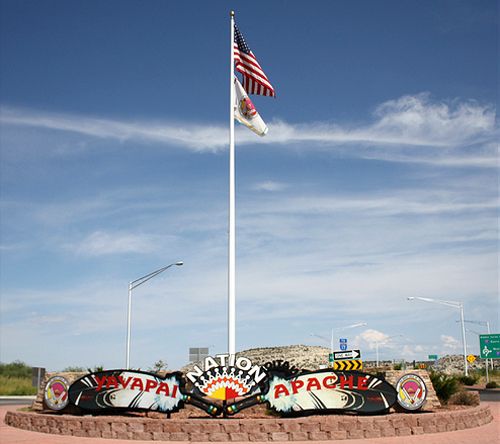 The Yavapai-Apache Nation is the combination of two distinct tribal people, including the Yavapai and Apache, who refer to themselves as the Wipuhk’a’bah and Dil’zhe’e. Both tribes lived in the Verde Valley and the surrounding country for centuries. The Dil’zhe’e lived mostly east, and the Yavapai west of the Verde River. Revenues from tribally-owned enterprises, including a casino, assist the Nation in providing much needed economic, educational, and social programs for its tribal members.

The reservation spans over four tribal communities including Camp Verde, its tribal headquarters, Clarkdale, Middle Verde, and Rimrock, and encompasses more than 1,600 acres throughout the Verde Valley.

The Fort McDowell Yavapai Nation is located within Maricopa County about 23 miles northeast of Phoenix. Created by an Executive Order on September 15, 1903, the 40-square mile reservation is now home to 600 community members, while another 300 live off-reservation.

It sits in the midst of the ancestral territory of the once nomadic Yavapai people. Today, the Fort McDowell Yavapai take great pride in their community, and through perseverance and hard work have built a strong, stable community and economy, which includes a casino and resort.

Fort McDowell – In the Midst of the Apache Wars