Flagstaff, Arizona, located on Route 66 in northern Arizona, is the county seat of Coconino County and is called home to about 70,000 people today. Flagstaff is often called the “The City of Seven Wonders” because it sits amid the Coconino National Forest and is surrounded by the Grand Canyon, Oak Creek Canyon, Walnut Canyon, Wupatki National Monument, Sunset Crater National Monument, and the San Francisco Peaks. 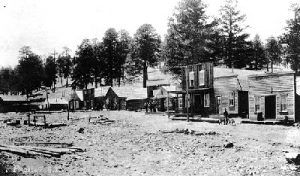 Located along an old wagon road to California, the first white settler in Edward Whipple opened a saloon near a spring in 1871. A second pioneer, by the name of F.F. McMillen, settled north of present-day Flagstaff in 1876. Soon, more and more people populated the area that was plentiful with water, game, and lumbering opportunities. Others began cattle and sheep ranching.

How Flagstaff obtained its name has several versions, all having to do with stripping a lone pine tree and making it into a flagpole. The spring and its small settlement underwent several names beginning with Antelope Spring, Flagstaff, and Old Town. By the time the Atlantic and Pacific Railroad (now the Santa Fe) came through in 1882, there were ten buildings in Old Town, but they soon moved closer to the new railroad depot. In no time at all, Old Town was almost deserted, and when a post office was established near the new train depot, it assumed the name of Flagstaff. With the new railroad, the lumber and cattle businesses began to thrive, assuring the community’s growth. 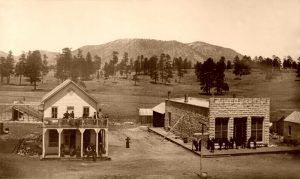 Three brothers — Michael, Tim, and Denis Riordan were the first to profit from the lumber when they formed the Arizona Lumber and Timber Company. Though Denis would soon move on to California, Michael and Tim would remain in the community making essential contributions to its development, including bringing electricity to Flagstaff and building nearby Lake Mary.

In 1891 Coconino County was created by the Arizona Territorial Assembly. When an election was held to determine the permanent county seat, Flagstaff won out over nearby Williams, hands down. 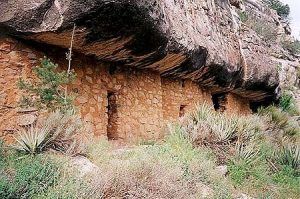 When locals began to frequent the nearby Indian ruins, now encompassed within Walnut Canyon National Monument, Michael Riordan took a significant interest. As word of the ruins spread, an alarming scale of looting and destruction began to occur there. In no time at all, the newly formed Flagstaff Chamber of Commerce denounced the mutilation of the cliff dwellings. However, no formal steps were taken to protect the ruins until they became part of the San Francisco Mountain Forest Preserve in 1904.

In 1899, the University of Northern Arizona was established, and Flagstaff soon became the cultural center of Northern Arizona. By the early 1900s, Flagstaff’s “Seven Wonders” had become well known, and tourism became its biggest industry as Flagstaff continued to grow at a slow and steady pace. 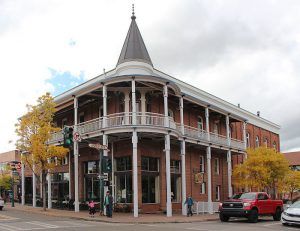 Another one of Flagstaff’s early influential citizens was John Weatherford, who built the Hotel Weatherford, which opened on January 1, 1900. This old hotel has welcomed presidents and gunslingers from the Wild West and continues to operate today after extensive restoration. In 1911, he opened the Majestic Opera House, which showed Flagstaff residents their first movies. Unfortunately, in the wee hours of January 1, 1915, the Majestic House’s roof and walls collapsed under 61 inches of snow. Not to be deterred, Weatherford rebuilt a bigger and better theater, The Orpheum, which opened its doors in August 1917. Today, the Orpheum Theater is a Flagstaff landmark and entertains a new generation of Flagstaff residents and visitors.

When Route 66 plowed through the burgeoning city of Flagstaff, several motor courts, auto services, and diners sprouted up along the new highway. Today, the city still sports several vintage cafes and motor courts along its historic downtown district. There are several that are still open today, such as the Wonderland Motel nestled up against the pine-covered hills at 2000 E Route 66, the Frontier Motel with its quiet yellow lantern at 1700 E. Route 66, the Red Roof Inn with its flower-filled window boxes at 1526 E Route 66, the Saga Budget Inn Motel at 820 W. Route 66 complete with a bright blue neon sign, and many more. 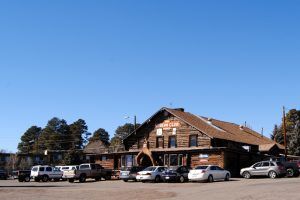 The Museum Club in Flagstaff, Arizona by Kathy Alexander.

A “must-see” along the old route is the Museum Club at 3404 E. Route 66. The building was first built by Dean Eldredge, a taxidermist, in 1931. Initially, the building housed Dean’s extensive collection of stuffed animals, rifles, and Indian artifacts. Five years later, the building was sold to Doc Williams in 1936, a Flagstaffsaddle maker, who turned the museum into a nightclub. Continuing to operate as one of Arizona’s premier nightclubs, this structure that once sat on the outskirts of town is now surrounded by the bustling city. Besides offering some of the best live country-western music and after-hours entertainment, the Museum Club is also said to provide ghostly entertainment from two resident “spirits.” That’s a whole ‘nother story, but you can read about it by clicking HERE! 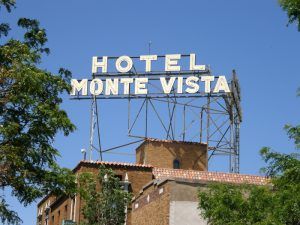 Flagstaff is also home to the U.S. Naval Observatories, the Lowell Observatory, and the Museum of Northern Arizona, one of the best archeological museums on the Prehistoric Southwest in the world.