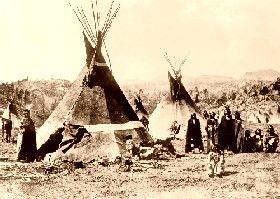 Shoshone Camp, about 1900. Click for prints, products and downloads.

Shoshone – One of the Great Basin tribes, the Shoshone occupied a vast area from Oregon to Southern Colorado. They were a hunter-gatherer tribe, and also domesticated horses which were used for the buffalo hunts. The Shoshone were a close relative of the Ute, Paiute, Gosiute, and Bannock Indian tribes, with whom they shared land and intermarried.

Shinnecock – An Algonquian tribe who lived primarily on Long Island, New York, occupying the south coast from Shinnecock Bay to Montauk Point. Many of them joined the Brotherton Indians in New York. Early on, they were provided a reservation located about three miles west of Southampton. Today, the Shinnecock Nation is among the oldest self-governing tribes of Indians in the United States and has been a state-recognized tribe for over 200 years. In 2005, they received federal recognition. Today, they number about 1,300 people, many of whom still live on the 1,200-acre reservation.

Shuswap – Also called Secwepemc, they were the most important Salishan tribe of British Columbia, Canada, formerly holding most of the territory between the Columbia and Fraser Rivers, including the basin of Thompson River and extending north to include Quesnel lake. By the early 1900s, they occupied several small village reservations and number about 2,100 people. The Shuswap Nation still exists today, with its people occupying much of the land in the interior of British Columbia. 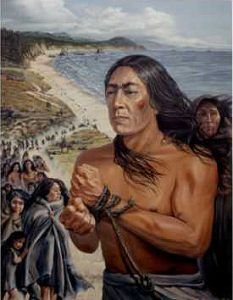 Siletz – A Salishan tribe who occupied the Siletz River in northwest Oregon, but ranged from northern California to southwest Washington. It was the southernmost Salishan tribe on the coast. Later, the name was extended to designate all the tribes on the Siletz Reservation in Oregon which belong to the Athapascan, Yakonan, Kusan, Takilman, Shastan and Shahaptian linguistic families. Today, they are the Confederated Tribes of Siletz Indians, a federally recognized confederation of 27 Native American tribal bands. They have some 4,500 enrolled members and own and manage a 3,666-acre reservation located along the Siletz River in the Central Oregon Coast Range.

Sinagua – A pre-Columbian cultural group occupying an area in central Arizona between Flagstaff and Phoenix, Arizona including the Verde Valley and significant portions of the Mogollon Rim country between approximately 500 A.D. and 1425 A.D. Early Sinagua sites consisted of pit houses and later structures more closely resembled the pueblo architecture found in other cultures throughout the southwestern United States. They survived as hunter-gatherers and as early farmers. The last known record of Sinagua occupation was at Montezuma Castle National Monument around 1425 AD. The reasons for the abandonment of their habitation are unknown, but warfare, drought, and clashes with the newly-arrived Yavapai people have been suggested. Several Hopi clans trace their roots to immigrants from the Sinagua culture, who believe their ancestors left the Verde Valley for religious reasons.

Sinkiuse-Columbia – Meaning “between people,” they belonged to the interior division of the Salishan linguistic people that lived between the Columbia and the Grand Coulee Rivers in Washington. Their nearest relatives were the Wenatchi and Methow. During the beginning of the reservation era, the Sinkiuse were located at the Columbia Reservation. After its closure, they were placed on the Colville Indian Reservation. 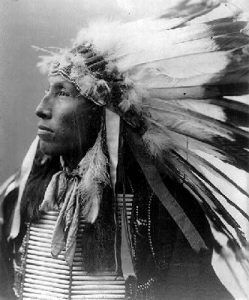 Sioux – The Sioux are part of a band of seven tribes that speak three different dialects, the Lakota, Dakota, and Nakota. The Lakota are the most western of the three groups, occupying lands in both North and South Dakota. The Dakota live mostly in Minnesota and Nebraska, while the smallest of the three, the Nakota, reside in South Dakota or Canada. There were about 20,000 Sioux in the mid 18th century, a number which has increased to about 70,000, of which approximately 1/3 still speak their ancestral language. The Sioux were defeated slowly by the wholesale slaughter of the buffalo by the U.S. Army, military police actions herding all Indians onto reservations, and enforcing government food distribution policies to ‘friendlies’ only, culminating, 14 years later, in the killing of Sitting Bull.

Sissipahaw – A former small tribe of North Carolina, presumably Siouan, from their alliance and associations with known Siouan tribes. The site of their former village, known in 1728 as Haw Old Fields, was noted as the largest body of fertile land in the area. It was probably situated about the present Saxapahaw on Haw River, in the lower part of Alamance County, North Carolina. Nothing more is known of them beyond the general statement that they and other tribes of the region joined the Yamasee against the English in the war of 1715.

Siuslaw – A. small Yakonan tribe formerly living on and near Siuslaw River in western Oregon. By the early 1900s, the tribe was nearly extinct, with its few survivors living on the Siletz Reservation.

Skaddal – A small tribe numbering 200 persons, found by Lewis and Clark in 1806 on the Klickitat River in present-day Washington. They subsisted by hunting deer and elk and traded with the Emeeshur and Skilloot for prepared fish. They were classed as a division of the Pisquow later as living about Boston Creek and Kahchass Lake, at the head of Yakima River.

Skagit – A band of Salish who lived on the Salish River in Washington, particularly about its mouth, and on the middle portion of Whidbey Island. They numbered about 300 in the mid-1800s and moved onto the Swinomish Reservation. 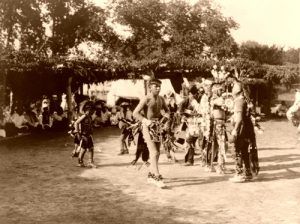 Skidi – A tribe of the Pawnee Confederacy, they were sometimes called Wolf Pawnee. Their language; however, differed slightly from that of the other Pawnee tribes. According to tradition the Skidi and Arikara were once united but became separated during the northward migration, the Arikara keeping to the Missouri Valley and the Skidi settling on Loup, Nebraska, where later, three other Pawnee tribes built their villages. Their villages included supernatural underground dwellings of the mythic animals which “presided” over the ceremonies of their secret societies. Part of the Skidi tribe moved southward about 1770, approaching the Texas border. During the two centuries prior to their removal from Nebraska to Indian Territory in 1874 the Skidi, in common with the other Pawnee tribes, fought to hold their hunting grounds against intruders, and to that end, strove for the possession of horses.

Securing these animals became the chief incentive of war parties, which indicated a sign of wealth. The history of the Skidi does not differ materially from that of the other Pawnee tribes. They joined in the treaties with the United States, served as scouts in its army, and followed with the rest of the Pawnee to Oklahoma.

Skilloot – A Chinookan tribe found by Lewis and Clark in 1806 residing on both sides of Columbia River in Washington and Oregon, and numbering about 2,500 people. They were among the tribes almost exterminated by the fever epidemic of 1823. Later their principal village was Cooniac, at Oak Point, Washington. In 1850, they had been reduced to only about 200 and as an individual tribe, disappeared from history a few years later.

Snake – A name applied to many different bodies of Shoshonean Indians but most persistently to those of eastern Oregon, to which the following synonyms refer. These Indians form one dialectic group with the Paviotso of western Nevada and the Mono of southeast California. The principal Snake tribes were on the Walpapi and Yahooskin.