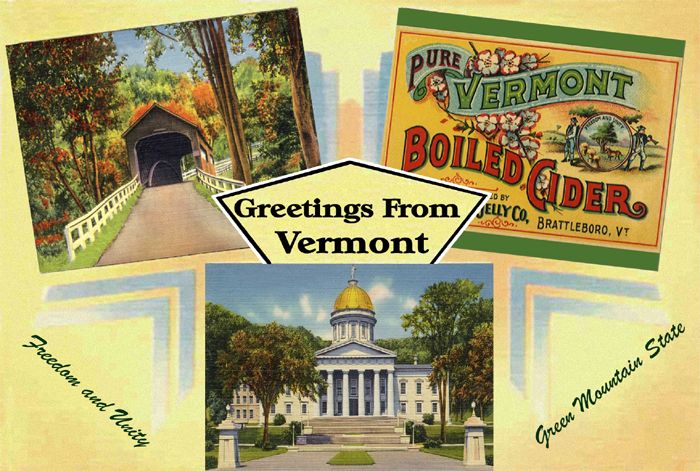 Greetings from the Green Mountain State

Vermont, a state in the New England region of the United States, is the second smallest by population and sixth smallest by area of the United States. Before European settlers took over the area, indigenous peoples included the Mohawk and Abenaki.  France occupied the territory until their defeat by Great Britain in the “Seven Years’ War” (French & Indian War) in 1763.  Disputes from neighboring colonies of New Hampshire and New York over the New Hampshire Land Grants west of the Connecticut River ultimately resulted in a group of settlers with grant titles establishing the Vermont Republic in 1777 during the American Revolution.

Vermont was admitted to the Union as the 14th state in 1791 and is one of only four states that were previously ‘sovereign states’ before being admitted. The other three are California, Hawaii, and Texas. Vermont was the first to partially abolish slavery and provided many soldiers in the Civil War.

The Green Mountains run north and south through the middle of the state, with the majority of the land open to agriculture. The origin of the name “Vermont” is uncertain; however likely comes from the French phrase “Les Vertis Monts,” meaning “the Green Mountains.” 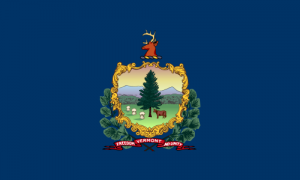 The flag of Vermont features the state’s coat of arms and motto. While multiple versions have existed, the current flag, since 1923, displays a pine tree in the middle of the coat of arms to represent the state’s forests. The cow and three sheaves of wheat represent the dairy and agriculture industries. The deer head at the top is for Vermont’s wildlife, with the Green Mountains in the background. The state motto “Freedom and Unity” is the balance of two ideas, the freedom of the individual citizen and the welfare of the common good.

The Abenaki People  – Fighting the English

Vermont Gold  – A Glitter of Hope 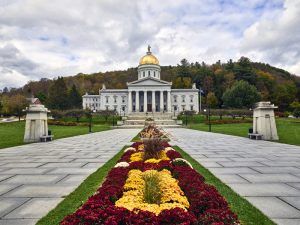 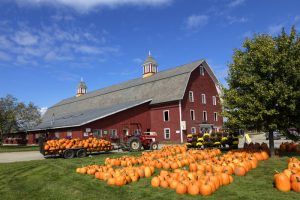