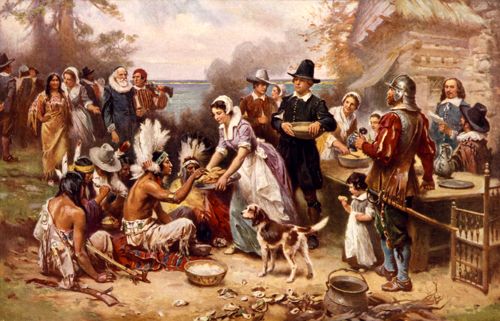 The way we celebrate Thanksgiving in the United States today is not without controversies and debates, but it remains a time for Americans to give thanks for the Fall harvest, good fortune, and blessings from God.

The idea of celebrating the harvest pre-dates the Pilgrims with origins that can be traced back to the Egyptians, Greeks, and Romans. Even Native Americans annually celebrated their harvest long before Europeans or the Spanish ever arrived on the North American Continent.

In America, although we recognize the Pilgrims’ three-day feast at Plymouth in October of 1621 as the first Thanksgiving in the new world, celebrations can be found dating back to the 1500s.

In fact, Palo Duro Canyon, just south of Amarillo in the Texas Panhandle, was host to  Spanish explorer Francisco Vasquez de Coronado, who led 1,500 men in a Thanksgiving celebration in May of 1541.

In 1959 the  Texas Society Daughters of the American Colonists commemorated the event as the real “first Thanksgiving.”

Other Thanksgiving celebrations have been noted, including French colonists in what is now Jacksonville, Florida, in June of 1564, English settlers who joined Abnaki Indians in Maine for a harvest feast and prayer meeting in August of 1607, and Jamestown Colonists who celebrated the arrival of food supplies in the Spring of 1610 after a harsh Winter that generated famine that decimated the settlers.

Although we know little about the actual event, it was in October of 1621 that Puritan Leader William Bradford of the Plymouth Colony is said to have invited the Wampanoag tribe, Massasoit, to join them in a three-day feast. Other historians contend that the tribe wasn’t invited but instead came as a show of force. Regardless, we do know that ninety of the tribesman joined the 50 Pilgrims in a celebration that included contests, a military review led by Miles Standish, and a feast that may have included wild turkeys, duck, geese, venison, lobsters, clams, bass, vegetables, and dried fruits.

This “Thanksgiving” celebration is much different than what the Puritans did in the name of religion before coming to America. In fact, previously, they would have fasted instead of feasting, spending several days in church praising God.

A National Thanksgiving gained some momentum in October of 1789, when Washington, now the first President of the United States, proclaimed November 26th to be a day of national thanksgiving and prayer. However, it still failed to become an annual national tradition as later Presidents Thomas Jefferson and John Quincy Adams considered the practice an infringement upon the separation of church and state.

In the 1820s, Mourt’s Relation, a colonial publication, was rediscovered, including Edward Winslow’s first-hand account of the 1621 Plymouth feast, the only written account in existence. And in 1856, Puritan leader William Bradford’s 1650 manuscript “Of Plimoth Plantation” was published after being lost for decades. The document only briefly mentioned the famous harvest celebration with the Indians. These documents would fuel interest in the Puritan colony and influence the eventual association of the colony with Thanksgiving Day.

It wasn’t until 1846, when Sarah Hale, editor of Godey’s Lady’s Book, began a letter-writing campaign to establish the last Thursday in November as National Thanksgiving Day, that the idea gained further momentum. Hale had been writing essays calling for the national celebration since 1827, but in 1846 she started a 17-year campaign directly petitioning state and federal officials, receiving an increased response from governors and other politicians. 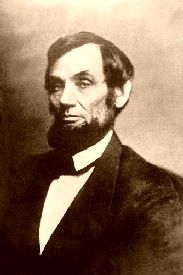 In September of 1863, Hale wrote to then-President Abraham Lincoln, explaining that a “national feeling of Thanksgiving” would benefit the country in the midst of the Civil War. Hale wrote in part:

“The influence of these state seasons of sacred remembrances, high aspirations, and tender . . . rejoicings would not only be salutary on the character of our own citizens but the world would be made better… If the germ of good feeling be ever so deeply buried under ‘the cares, and riches, and pleasures of this life,’ it may be brought out by sympathy and vivified by culture and effort.”

It was then that President Franklin Delano Roosevelt, under requests from the National Retail Dry Goods Association, declared November 23rd, the next to the last Thursday of November, to be Thanksgiving Day. The association wanted to extend the Christmas shopping season by one week. He had rejected previous requests by the association because such a change would cause confusion. His 1939 proclamation did exactly that.

Although the proclamation only directly applied to the District of Columbia and federal employees, governors usually followed the President’s lead with state proclamations. However, Roosevelt’s 1939 proclamation was only followed by twenty-three states. Twenty-three others celebrated on November 30, and Texas and Colorado declared both Thursdays as Holidays. This caused mass confusion from Football schedules to families not knowing when to have their holiday meals or even when to start their Christmas shopping.

After two years of confusion, Congress introduced legislation, signed by President Roosevelt, that would establish the fourth Thursday of November as Thanksgiving Day, making it the last Thursday five out of every seven years. The legislation took effect in 1942 and would ensure that future presidential proclamations could not impact the scheduling of the holiday.