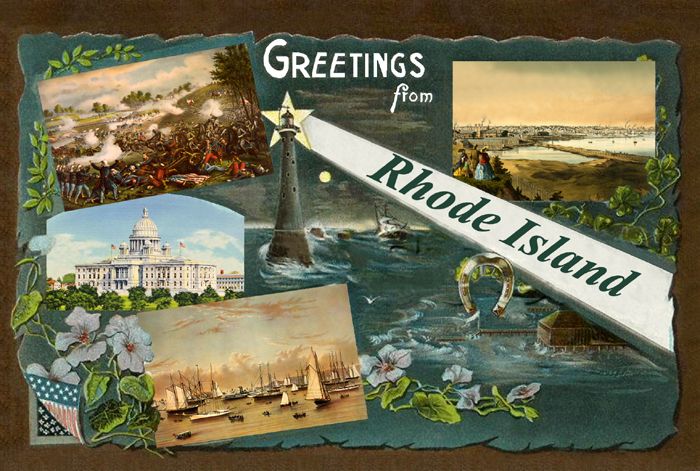 Officially the name is “State of Rhode Island and Providence Plantations“, but obviously that’s too big a name for “Little Rhody”. The smallest state in area, seventh least populous and second most densely populated, Rhode Island is part of the New England Region of the U.S.

Founded in 1636, by Christian Minister Roger Williams, Anne Hutchinson, and others seeking religious freedom from persecution in Massachusetts and Europe, the Colony of Rhode Island was the first of the 13 colonies to renounce allegiance to the British. It was also stubborn in accepting the U.S. Constitution, initially refusing to ratify it, but eventually becoming the last state to do so on May 29, 1790.

Its nickname “The Ocean State” is a reference to the large bays and inlets amounting to about 14% of its total area.  Its official name of State of Rhode Island and Providence Plantations comes from the merger of four Colonial settlements, Newport, Portsmouth, Providence Plantation (aka Providence) and Warwick. The earliest recorded use of the name “Rhode Island” was in 1637. As recent as 2009, the states’ General Assembly pushed for a general referendum to remove the reference to Plantations from the official name, however in November of 2010, residents voted 78% to 22% to retain the original name. 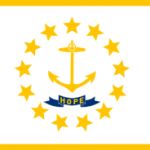 The flag of Rhode Island consists of a gold anchor, representative of hope, surrounded by thirteen gold stars for the original thirteen colonies, and the status as the 13th state to ratify the Constitution. 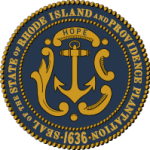 The Seal of the State of Rhode Island and Providence Plantations has the same golden anchor used for hope. It has been used by its citizens long before becoming a state, since the colony’s founding in 1636. 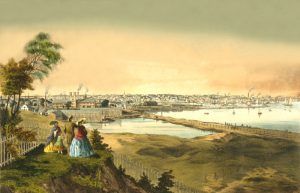 Harbor View at Providence, Rhode Island, by John B. Bachelder, 1858 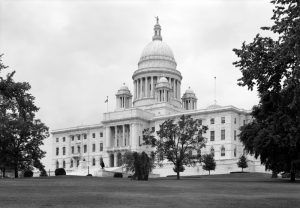