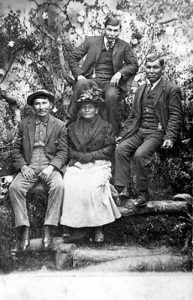 Yaquina – This small tribe of Indians on the Oregon coast formed a small linguistic family speaking the Alsean or Yakokna language that is now extinct. They lived on the Yaquina River and bay near present Newport, Oregon. By the early explorers and writers they were classed with the Salishan tribes to the north but later were shown to be linguistically independent. A coastal and river people they survived as fishermen, and primarily hunted seals. Because of their coastal location, they came into contact with white trading vessels in the late 18th century; at which time they reported to have numbered as many as 5,000. The tribe began to diminish as white settlers moved in, hastened by the activities of the Hudson’s Bay Company, miners, and the Rogue Wars of the 1850s. The remaining Yaquina people live on the Siletz Reservation in Oregon and are mostly of mixed blood.

Yatasi – A tribe of the Caddo confederacy, they were closely affiliated in language with the Natchitoch. They are first spoken of by Henri de Tonti, an Italian-born soldier, explorer, and fur trader in the service of France, who stated that in 1690 their village was on Red River of Louisiana, northwest of the Natchitoch, where they were living in company with the Natasi and Choye Indians.

French explorers, Louis Juchereau de St. Denis and Sieur de Bienville, during their explorations of the Red River in 1701, made an alliance with the Yatasi and received no trouble from the tribe. The road frequented by travelers from the Spanish province to the French settlements on Red River and at New Orleans passed near their village. When disputes erupted between the Spanish and the French over territorial boundaries, the Yatasi proved their steadfastness to the French interests by refusing to comply with the Spanish demand to close the road. When the Chickasaw were waging war along the Red River in the early 1700s, the Yatasi were among the sufferers, and part of the tribe sought refuge with the Natchitoch, while others fled up the river to join with the Kadohadacho, Nanatsoho, Nasoni, and Caddo tribes. During the late 18th century, as more and more white settlers moved into the region, they brought with them the diseases of smallpox and measles, which devastated the tribe reducing them to just a little more than 30 people by 1800. Today, the tribe is extinct and those that claim descent live with the  Caddo on the Wichita Reservation in Oklahoma.

Yazoo – Formerly living on the lower Yazoo River in Mississippi, their group was small in number. They were always closely associated with the Koroa tribe. The French, in 1718, erected a fort four leagues from the mouth of Yazoo River to guard the stream, which formed the waterway to the Chickasaw country. In 1729, in imitation of the Natchez tribe, the Yazoo and Koroa rose up against the French and destroyed the fort, but both tribes were finally expelled. Later, they probably united with the Chickasaw and Choctaw tribes. Whether this tribe had any connection with the West Yazoo and East Yazoo towns among the Choctaw is not known. Today, the tribe is extinct.

Yodok – A former Maidu village on the east bank of the American River, just below the junction of South Fork in Sacramento County, California.

Yojuane – Labeled by several names including the Diujuan, Iacovane, Iojuan, Joyvan, Yacavan, Yocuana, and Yujuane, they were a Tonkawan people, who ranged over a large area in east-central Texas. Originally, their territory extended from the Colorado River east of present-day Austin northward to the Red River. However, as more and more white settlers came to the area in the second half of the eighteenth century, the Yojuane were largely confined to the southern portion of this range.  Throughout the 18th century, the Yojuane shared the common Tonkawan hatred for the Apache Indians, and there is evidence of early hostilities with the Hasinai tribe, as well.

They were at San Francisco Xavier de Horcasitas Mission near the site of present Rockdale between 1748 and 1756. By the mid-1800s, they were generally included among the bands of the Tonkawa, who were assembled on the Brazos Indian Reservation in the area of present-day Young County. In 1859; however, they were moved to a reservation in Indian Territory. After the Civil War some of the Tonkawa returned to northern Texas, where they lived until 1884, at which time they were forced back onto the reservation in Oklahoma. Today the Tonkawa Indians are extinct as an ethnic group. 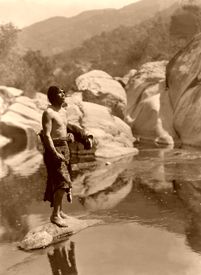 They experienced huge population losses as a result of Mexican genocide and were almost destroyed by the virtual holocaust of the indiscriminate genocide of the early American gold prospectors and settlers. A few Yokut remain, the most prominent tribe among them being the Tachi. Though their were dozens of Yokut bands, only a few Yokut tribes have been federally recognized.

Yoncalla – The southernmost Kalapuyan tribe, they formerly lived on Elk and Calapooya Creeks, tributaries of the Umpqua River in Oregon. There were two bands of the group were Chayankeld and Tsantokau. The tribe is extinct today.

Yscanis  – Also called the Yxcani Indians, these people were a tribe of the Wichita Confederacy who first made their home in along the lower Canadian River in present-day Oklahoma. They were first met by the “white man,” in 1719 when  Jean Baptiste Bénard de la Harpe, a French explorer, made his way through the area. Under pressure from their bitter enemies, the Comanche and the Osage, they made their way to Texas by the middle of the 18th century. Fray José Francisco Calahorra y Saenz visited them in the area of North Texas in 1760 and made an unsuccessful attempt to establish a mission for them. Twelve years later, in 1772, Athanase de Mézières visited them on the east bank of the Trinity River below the site of present Palestine. At this time, Mezieres described the village as consisting of 60 warriors and their families. They lived in a scattered agricultural settlement, raised maize, beans, melons, and calabashes, were closely allied with the other Wichita tribes, whose language they spoke, and were said by Mezières to be cannibals. Juan Agustín Morfí in 1781 heard that they were living in a large village eight leagues up the Brazos River from the Tawakoni Indian settlement near the site of present Waco. The name, “Yscanis” was last used in 1794.  But a quarter of a century later, when the Tawakoni villages were again mentioned in the records, one of them appears as that of the Waco, a name formerly unknown in Texas, and not accounted for by migration. The Waco may have been the Yscanis under a new name.