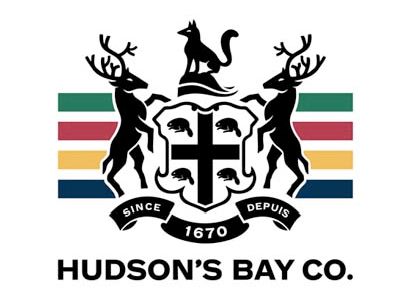 Hudson’s Bay Company, chartered on May 2, 1670, is the oldest commercial corporation in North America and is one of the oldest in the world.

In its early days, it was headquartered in London, England, and controlled the fur trade throughout much of British-controlled North America for several centuries. Forging early relationships with a number of Native American tribes, the company’s trappers and traders were some of the first European people to set eyes on many locations that would later become the United States and Canada.

The company founded its first headquarters at Fort Nelson at the mouth of the Nelson River in present-day northeastern Manitoba, Canada. Other posts were quickly established around the southern edge of Hudson Bay in Manitoba and present-day Ontario and Quebec.

In 1821, Hudson’s Bay Company merged with the North West Company of Montreal, Canada creating a combined territory that was extended into the North-Western Territory, which reached to the Arctic Ocean on the north and the Pacific Ocean on the west. Soon, the company controlled nearly all trading operations in the Pacific Northwest, based out of the company headquarters at Fort Vancouver, Washington. To stifle any competition, they discouraged any U.S. settlement of the territory. 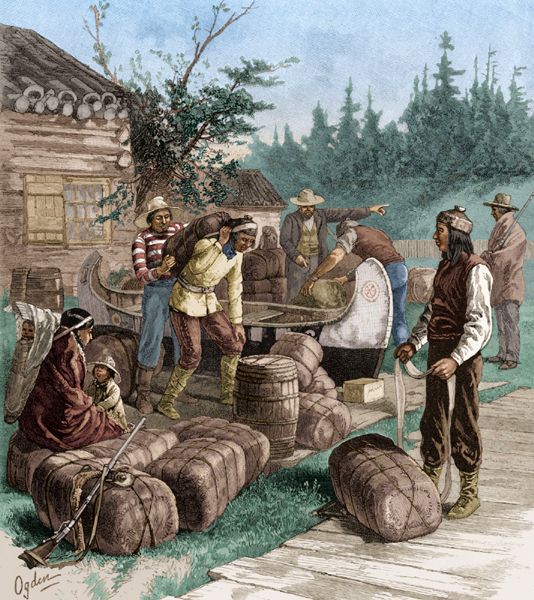 During the 1820s and 1830s, their trappers were involved in the first explorations of Northern California as far south as the San Francisco Bay Area, one of the last regions of North America to remain unexplored by Europeans or Americans. The company’s network of trading posts functioned as the de facto government in many areas of the continent prior to the arrival of large-scale settlement. At one time, the company was the largest landowner in the world.

The company established Fort Boise, Idaho in 1834 to compete with the American Fur Company’s Fort Hall, which they purchased in 1837. Situated along the Oregon Trail, they then displayed abandoned wagons at the post to discourage pioneers from moving along the trail.

However, their monopoly of the region would be broken when the first successful large wagon train reached Oregon in 1843. Soon, thousands followed, and in 1846, the United States acquired the full authority of the most settled areas of the Oregon Country.

In 1849, the U.S. Army established a post called Columbia Barracks just up the hill from Fort Vancouver. By this time, the fur trade was beginning to decline and the Hudson’s Bay Company transferred their headquarters to Fort Victoria in British Columbia, Canada, though several employees were left behind to work the farms and industries they had created in the area. The fur company then rented many of its buildings to the U.S. Army. For the next ten years, they maintained a presence there, but, in June 1860, the Hudson’s Bay Company abandoned Fort Vancouver and moved their entire presence north.

When the fur trade began to decline, the company evolved into a mercantile business selling vital goods to settlers in the Canadian West. Today the company, headquartered in Toronto, Canada is best known for its department stores such as The Bay, Zellers, Fields, and Home Outfitters.