Philip Fall – The brother of gunman Albert Fall, he was a cattle rustler and outlaw who later became a deputy marshal.

Hutch Farley – An Indian scout, he killed the Indian that killed his father at the battle at Beecher’s Island, Colorado, in November 1868.

Hillary Farrington – Hilary and Levi Farrington were Confederate guerillas under the command of William Quantrill when he burned and sacked Lawrence, Kansas, on August 21, 1863. When the Civil War was over, the two became outlaw train robbers. Hillary was killed he attacked his captor William Pinkerton.

Levi Farrington – Like his brother, Hillary, Levi was a Confederate soldier who served under William Quantrill before becoming an outlaw train robber in Tennessee. Vigilantes killed him.

William B. Farris – Outlaw member of the Cook Gang, he was captured after a bank robbery.

Jake Felshaw – An outlaw who participated in a train robbery near Bowie, New Mexico, on January  6, 1894. 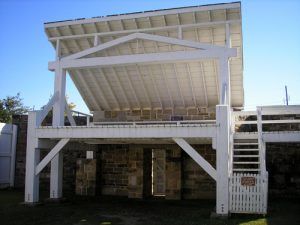 Isaac Filmore – A Choctaw Indian, approximately 17 years old, killed a California traveler passing through Indian Territory for his shoes and $1.50. He was hanged at Fort Smith, Arkansas, on September 3, 1875.

Tom Fields – After robbing a train near Samuels, Texas, in 1891, he was captured by Texas Rangers and received a life sentence.

William Finch – An outlaw horse thief, Finch had also deserted from the U.S. Army. When two soldiers were transporting him to Fort Sill, Oklahoma, in 1882 to face charges, he killed them. He was convicted of murder and hanged at Fort Smith, Arkansas, on June 29, 1883.

Jessie Findlay – Outlaw Bill Christian’s girlfriend, she was a conspirator in the jailbreak of the Christian Brothers.

Jim Finley – A cattle rustler operating around Socorro, New Mexico, he was killed by Joel Fowler.

Bill Fisher – A Texas outlaw, he was wanted in 1886 for killing J.S. Vaughn. He was later arrested and stood trial. 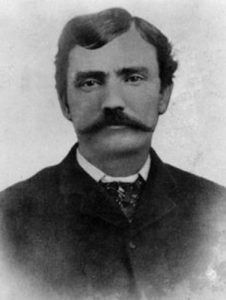 John King Fisher (1854-1884) –  A gunman, outlaw, and lawman, Fisher gave up his outlaw ways and became the sheriff in Uvalde County, Texas, in 1881. Three years later, he and his friend, Ben Thompson, were killed in an ambush in San Antonio, Texas.

Mike Fitzpatrick – An outlaw, he shot Judge Halliday in the 1870s and was later killed by Marshal Jack Johnson.

John Flint – An outlaw, Flint killed several men following the Civil War in Doaksville, Indian Territory, and was convicted of murder and hanged by federal authorities.

Juan Flores (1835-1857) – Along with Pancho Daniel, led the notorious Flores-Daniels Gang in the raids of southern California. He was hanged on February 14, 1857.

Henry Floyd – Outlaw member of Bill Henderson’s gang in 1876. In June, he was arrested in Dodge City, Kansas, and lynched by a mob at Albany, Texas.

W.S. Floyd, aka William Wardell, Taylor, Simmons – A New Mexico outlaw, he was killed in May 1884 near Flora Vista.

John Flynt – Outlaw member of the Wallington gang, he participated in a train robbery in 1891 in Val Verde County, Texas. He committed suicide during the gun battle that resulted from the train robbery.

Lyman Follett – An outlaw involved in the robbery of an Army paymaster on May 11, 1889.

Warren Follett – The brother of Lyman, Warren was also involved in the robbery of an Army paymaster on May 11, 1889.

Charles Ford (1857-1884) – Born on July 9, 1857, in Ray County, Missouri, Charlie Ford was a member of the James Gang and participated in the Blue Cut, Missouri train robbery in September 1881. The older brother of Robert Ford, that “dirty little coward” who killed Jesse James on April 3, 1882, Charles was also involved in the conspiracy to kill James. Charged with first-degree murder, Charlie was sentenced to hang but was quickly pardoned by the governor of Missouri. Afterward, Charlie heard a rumor that Frank James was searching for both him and his brother, with plans of deadly revenge. Charlie moved from town to town for the next two years, changing his name several times. No longer able to stand it, he committed suicide on May 4, 1884. Ironically, Frank James had surrendered to authorities, and there is no indication that he ever pursued Charlie Ford. 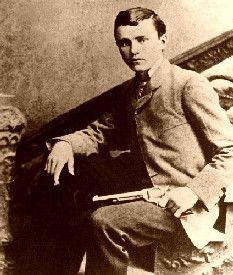 Robert Ford (1862-1892) – A wanna-be gunman and member of the James Gang, Ford shot Jesse James in the back of the head on April 3, 1882, as part of a conspiracy to collect the reward on James’ head. Governor T.T. Crittenden later pardoned him. He was killed in June 1892 by Edward O’Kelley while running a tent saloon in Creede, Colorado.

James French, aka: Big Jim, Frenchy – An Oklahoma outlaw, French operated with Belle Starr and her gang before joining the Cook Gang. He was also involved in New Mexico’s Lincoln County War, siding with Billy the Kid and the Regulators. His ultimate demise is unknown, with speculation that he was killed after the Lincoln County War in 1878, killed by a Catoosa, Oklahoma store owner in 1895, or disappeared into South America.

Edward “Tandy” Fulsom (18??-1882) – A murderer and horse thief in Indian Territory, he was involved in the murders of two men during a saloon fight in 1881. On June 30, 1882, he was hanged at Fort Smith, Arkansas, but it was no easy death. When the drop was made, his neck didn’t break, and he lingered an hour and three minutes before he was finally pronounced dead.