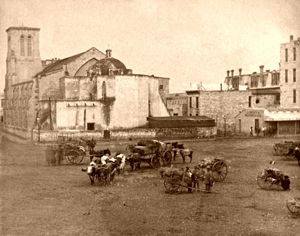 — Davy Crockett, after losing his Tennessee bid for the U.S. Congress.

Capturing the spirit of Texas, San Antonio is a Mecca for history buffs. From its Native American occupation, discovery by Spanish explorers, old missions, the Battle of the Alamo, and the Old West, the history and attractions of this beautiful city can entertain its visitors for days. 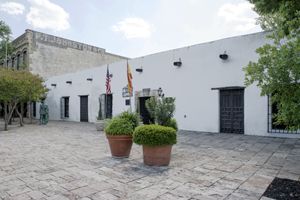 When Spanish expeditions first explored the area in 1691 and 1709, the region was already occupied by a small Indian community established in the San Pedro Springs area called the Yanaguana. The first Spanish explorers gave the San Antonio River its name because it was the feast day of St. Anthony.

The actual founding of the city came in 1718 by Father Antonio Olivares, when he established Mission San Antonio de Valero.

Soon, five Spanish missions, chartered by the Canary Islanders, were located along the river. The presidial captain’s house (later the Spanish Governor’s Palace) was completed on the Military Plaza in 1749, and San Fernando de Béxar Church was built by 1758. In 1773 San Antonio de Béxar became the capital of Spanish Texas.

By 1778, the settlement’s population of more than 2,000 was made up of poor Indians and settlers and was described as “miserable” by visitors.

By 1795, all of the missions had been put to work for other purposes, and the Mission San Antonio de Valero became a military barracks. Later it would become known as the Alamo. During the Texas Revolution, San Antonio was the site of several battles, including the siege of Bexar in December 1835 and the Battle of the Alamo on March 6, 1836, which made it one of the most fought-over cities in North America. In the Battle of the Alamo, 189 defenders held the old mission against some 4,000 Mexican troops for 13 days. The cry “Remember the Alamo” soon became the rallying point of the Texan revolution against Mexico.

After the evacuation of Mexican forces, Bexar County was organized by the Republic of Texas in December 1836, and San Antonio was chartered in January 1837 as its seat. A failed attempt to negotiate the release of captives held by Comanche Indians resulted in yet another battle in the streets of San Antonio referred to as the Council House Fight of 1840. San Antonio was seized twice in the Mexican invasions of 1842, and the population was reduced to about 800 in 1846.

After Texas entered the Union, growth became rapid, as the city became a servicing and distribution center for the western movement of the United States. By 1850, the city had increased to nearly 3,500 and a decade later to more than 8,000. 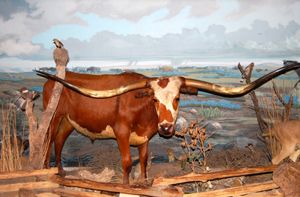 In 1861 local militia forced the surrender of the federal arsenal at San Antonio even before the state seceded on March 2. Subsequently, San Antonio served as a Confederate depot, and several Confederate units were formed there. After the Civil War, San Antonio prospered as a cattle, distribution, mercantile, and military center serving the border region and the Southwest.

The city was the southern hub and supplier of the cattle trail drives. An important wool market developed with the importation of merino sheep to the adjacent Hill Country. With the coming of the Galveston, Harrisburg, and San Antonio Railway in 1877, San Antonio, formerly without a transportation system, entered a new era of economic growth.

The population reached more than 20,000 in 1880. In 1881 a second railroad reached the city, and by 1900, five different railroads encroached upon the town. By this time, San Antonio had become the largest city in the state, with more than 50,000 residents.

As the city grew and expanded, San Antonio succeeded in merging its past into the new modernization of each generation. Old Spanish walls remain beside modern glass towers, with rows of Victorian mansions a block away, a combination that lends the city a charm sought out by millions of visitors. 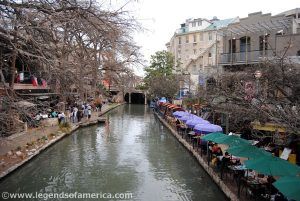 A tour of downtown San Antonio will uncover centuries of history, including:

San Antonio is also famous for its Riverwalk, the Alamo, five-time NBA Champion Spurs basketball team, the Tower of the Americas, and being home to SeaWorld and Six Flags Fiesta Texas theme parks.

The Alamo Today by Kathy Alexander.

The jewel of the city is the Paseo del Rio, or River Walk, which meanders through the downtown area, and is lined with numerous shops, bars, restaurants, and the Arneson River Theater. This attraction is transformed into an impressive festival of lights during the Christmas and New Year holiday period.

The downtown area also features HemisFair Park (home of the Tower of the Americas and the Institute of Texan Cultures, La Villita, El Mercado, and the city’s most widely recognized landmark, the Alamo.

Other places of interest include Brackenridge Park (the San Antonio Zoo), the San Antonio Missions National Historic Park, the Witte Museum, and the McNay Art Museum.

Every April, San Antonio hosts Fiesta San Antonio, a 10-day celebration of the city’s diverse cultures and the heroes of the Battle of the Alamo and the Battle of San Jacinto, featuring over 100 events held throughout the city. Visitors can also experience something of the cowboy culture every February at the San Antonio Stock Show & Rodeo; year-round, they can also see the 40-foot tall cowboy boots at North Star Mall. 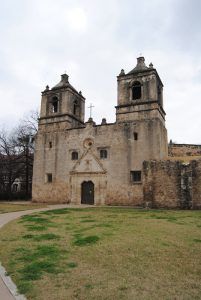