The James Gang was an outlaw band led by Jesse James, who robbed stagecoaches, stores, and trains throughout the Midwest from 1879 to 1882. The gang was established by Jesse James three years after the demise of the James-Younger Gang.

On September 7, 1876, eight members of the James-Younger gang tried to rob the First National Bank in Northfield, Minnesota. Two died on the scene, while the rest of them escaped. However, on September 21, a search party caught up with the Younger brothers and Charlie Pitts. Pitts was killed in the ensuing gunfight, and the Younger brothers were captured and sent to prison. The James brothers successfully evaded the search party.

For the next three years, Frank and Jesse James lived peacefully in Nashville, Tennessee, where Frank seems to have thrived. However, Jesse was restless. In 1879, Jesse began to gather up new recruits, formed the James Gang, and returned to a life of crime. Over time, the gang’s members were comprised of Ed Miller; brothers, Robert and Charley Ford; Bill Ryan, Dick Liddel, James “Windy Jim” Cummings, Tucker Basham, brothers Woodson and Clarence Hite; and Frank James.

On October 8, 1879, the gang robbed the Chicago and Alton Railroad near Glendale, Missouri, making off with about $10,000. Afterward, Tucker Basham was captured by a posse and named his accomplices. The gang robbed two stores in western Mississippi that same year, making off with $2,000 cash in the second robbery. These robberies were the first in a spree of crimes as the gang continued to rob stagecoaches and trains in Missouri, Kentucky, and Alabama.

But the new gang was not made up of battle-hardened guerrillas like the James-Younger Gang. As some of the outlaws were captured, the others grew suspicious of each other. Their last train robbery occurred on September 7, 1881, when they robbed Chicago and Alton train at Blue Cut, near Glendale, Missouri making off with $3000 in cash and jewelry taken from the passengers. Jesse James killed Ed Miller, allegedly for talking too much the following month. 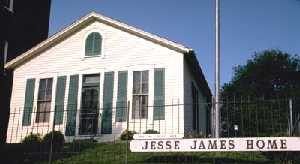 In November 1881, Jesse moved his family to St. Joseph, Missouri, and intended to give up his life of crime. However, gang member Bob Ford killed Jesse James in his home on April 3, 1882.

Of the other members of the James Gang:

Tucker Basham  – After testifying against Bill Ryan, he married and later moved to California, where he died in June 1922.

James “Windy Jim” Cummings – After the breakup of the James Gang, Cummings became a farmer in Arkansas and tried to turn himself in several times, but no one believed he was Jim Cummins. He died in the Old Soldiers Home at Higginsville, Missouri, on July 9, 1929. 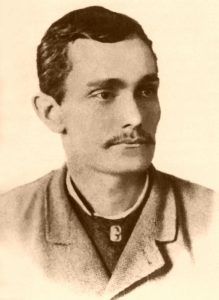 Charles Ford, fearing that Frank James would take revenge on him for Jesse’s death, was depressed and killed himself on May 6, 1884.

Robert Ford killed Jesse James on April 3, 1882, to collect a reward and a promised amnesty for past crimes. A gunman killed him in Colorado on June 8, 1892.

Clarence Hite was arrested in February 1882. He confessed and was sent to prison but was pardoned early because he had tuberculosis. He died at the age of 21 on June 12, 1883.

Robert Woodson Hite was killed by gang member Dick Liddel on December 4, 1881, when they argued over a woman.

Alexander Franklin James surrendered in October 1882 and was tried twice but was acquitted both times. He died of a heart attack on February 18, 1915.

Dick Liddel turned states evidence against Frank James, but Frank was acquitted in August 1883. Liddel died of a heart attack in Kentucky on July 13, 1901.

Ed Miller was the younger brother of outlaw Clell Miller and participated in several train robberies. Jesse James killed him in December 1881 for talking too much about the gang’s activities. 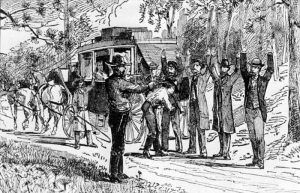 William “Bill” Ryan was sentenced to prison for train robbery, and shortly after his release in April 1889; he was found dead in the woods with his head smashed.