Jesse Jackson – An Oklahoma whiskey runner, Jackson was associated with Ed Newcomb and Henry Starr. After getting his right arm hot off by U. S. Deputy Marshal, Rufe Cannon, he surrendered.

Tom Jackson – An outlaw who was involved in a train robbery at Bowie, New Mexico on January 6, 18 94. 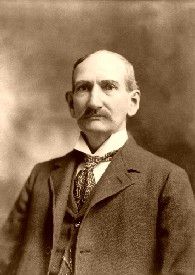 Alexander Franklin “Frank” James, aka: “Buck”, Frank Vaughn (1843-1915) – An outlaw and brother of Jesse James, he rode with the James-Younger Gang and the James Gang. He surrendered to Governor T.T. Crittenden after Jesse was killed. He was acquitted of murder and robbery, lived peacefully in Kearny, Missouri and died on February 19, 1915.

Calvin James (18??-1886) – A black Oklahoma whiskey runner, James traveled with three other men to Texas to acquire a supply of whiskey in August 1885. James shot and killed one of his companions, Tony Love, in order to take the four gallons he had purchased. The other whiskey runners later testified against him and James was hanged at Fort Smith, Arkansas on July 23, 1886.

Jesse Woodson James (1847-1882) – The famous outlaw and leader of the James-Younger Gang and James Gang, after the Youngers were arrested. He robbed banks and trains for sixteen years. He was shot in the back of the head by Robert Ford in his home in St. Joseph, Missouri on April 3, 1881.

Theodore James – An outlaw linked with the William Christian gang in 1897.

John Jarrette (1836-1868? or 1906?) – Born in Kentucky, John married Mary Josephine Younger, sister to the would-be outlaw Younger Brothers. The couple lived in Jackson County, Missouri and had two children. When the Civil War broke out, Jarrette rode with Quantrill’s Raiders and afterward joined the James-Younger Gang. He is said to have been involved in five bank robberies between 1866 and 1868. He was thought to have died in a house fire along with his wife in 1868, but other tales say that he was living in California as late as 1891. More recently however strong proof surfaced that he actually died in Greenwood, British Columbia, Canada, where the Greenwood Heritage Society recently unveiled a new grave marker for the elusive outlaw.

Bud Jenkins – An Oklahoma outlaw, he rode with Al Spencer and Jelly Nash. 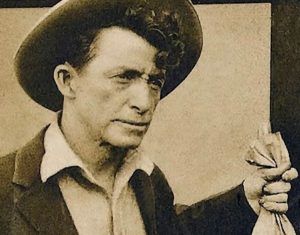 Alphonso “Al” J. Jennings (1863-1961) – Outlaw member of the Little Dick West Gang before forming his own Jennings Gang. He began his criminal career after Temple Houston killed his brother Ed. He was later captured by U.S. Deputy Marshal Bud Ledbetter and served just five years in prison. After his release, he became a lawyer.

Frank Jennings – An outlaw and brother of AI Jennings, he was a member of the train robbing Jennings Gang. He was captured with AI and imprisoned.

“Arkansas” Johnson – An outlaw and member of the Sam Bass Gang, he was killed at Salt Creek, Texas by Texas Rangers on June 12, 1878.

Chas Johnson – An outlaw and member of the Backus Gang, he was lynched by the “Hoodoos” on June 12, 18 78 in Mason County, Texas.

Otter Johnson – An outlaw, he shot and killed Norman Buck in Deming, New Mexico and received a three-year prison sentence.

Peter “Toppy” Johnson – An outlaw, he rustled cattle in New Mexico and was sentenced to prison in Santa Fe.

Samuel Johnson, aka: Rattlesnake Sam – An outlaw in Canoncito, New Mexico, he was killed by a bartender on December 3, 1879.

“Swede” Johnson – Johnson rode with Butch Cassidy, killed a cowboy in 1899, and was, himself, killed by lawmen.

“Acorn Head” Jones – An outlaw, when he was caught stealing horses in Sumner County, Kansas, he was lynched by vigilantes on July 27, 1874.

“Chubby” Jones – Outlaw member of Dutch Henry’s Gang, he was lynched with eight others at Sweet Water Creek, Texas.

Factor Jones – A Choctaw Indian cattle rustler, he was involved with the murder of George Taft and was shot and killed by an angry mob.

Francisco Jordan – An outlaw, he was lynched on November 25, 1881, in Cuchilla Negra, New Mexico.

Martin Joseph, aka: Bully Josey – Joseph shot and killed Bud Stephens and then raped and murdered Stephens’ wife in Indian Territory. Captured and sentenced to die, he was hanged at Fort Smith, Arkansas on June 29, 1883. 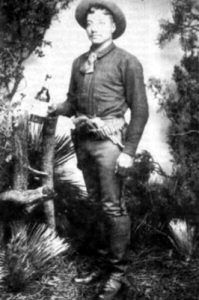 Christopher “Kit” Carson Joy (1860-1926) – A cowboy who turned outlaw, he led the Kit Joy Gang, who robbed only one train before being killed or captured. After escaping jail once, he was recaptured and sent to prison.

Maoma July – Creek Indian outlaw and member of the Rufus Buck Gang. He was hanged on July 1, 1896.