Joseph “Joe” F. Eads – U.S. Deputy Marshal commissioned in July 1894 serving under Marshal Evett Nix. In August 1894, he rode with U.S. Deputy Marshall Sam Large to arrest horse thieves, Mike Guffy and T. V. Powell. However, the outlaws resisted and drew their guns. In the end, Powell was killed, and Guffy was arrested.

George Washington Earp (1864-1960) – The first cousin to Wyatt Earp, George was a peace officer in Old Ulysses, Kansas, and a U.S. Deputy Marshal. 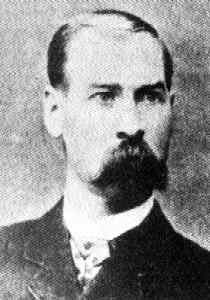 James C. Earp (1841-1926) – The oldest Earp brother, James, served as a lawman in Dodge City, Kansas. He was with his brothers in Tombstone, Arizona; he was not involved in the events of the O.K. Corral. Settled in California.

Warren Earp (1855-1900) – U.S. Deputy Marshal in Arizona; Special Ranger of the Arizona Cattleman’s Association. Killed in a gunfight in Willcox, Arizona, in 1900. 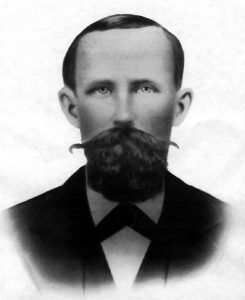 Hiram Eastwood – U.S. Deputy Marshal commissioned in the Southern District Court of Indian Territory at Paris, Texas. In 1893, outlaw Bill Luttrell tried to kill Eastwood because he blamed him for capturing and hanging his brother, Charles. However, Eastwood received a warning that Lutrell was gunning for him. While Eastwood was tending to his horse in Oakland, Oklahoma, he spied the outlaw approaching and grabbed his rifle. The two came face to face outside the stable, and both men fired three shots simultaneously. Lutrell was not a good shot, as Eastwood was unharmed, but the would-be killer took shots in his heart, lung, and neck. The Paris, Texas court found that the killing was in self-defense.

William “Dad” F. Egan (1832-1924) – Born in Kentucky in 1832, Egan was raised in Missouri. By 1859, he was living and ranching in Texas, just a few miles west of Denton. He served in the Confederate Cavalry during the Civil War. When the conflict was over, Egan married and was elected sheriff of Denton County, Texas. While serving, he also continued to operate his ranch and hired a young Sam Bass to assist him in caring for the livestock and other odd jobs on the ranch. Bass soon made friends with Egan’s son, Armstrong, and the two bought a racehorse which they ran until William put a stop to his son’s participation and ownership. When Bass began to turn wayward, Sheriff Egan remained friends with the young man. However, when it was clear that Bass’ activities were illegal, Egan fully cooperated with Texas Rangers and other lawmen in the pursuit of the outlaw. Bass was killed in Round Rock, Texas, in 1878. Shortly afterward, Egan left his sheriff’s position but continued to hold public office several times throughout the years. He died in 1924.

Jess Elliott (18??-1892) – A Cherokee Indian, Elliott served as a Deputy Sheriff of Rogers County, Oklahoma. On November 3, 1892, Elliott got into a fight in a Catoosa, Oklahoma saloon with Bob Talton, who was on probation for horse theft. Both men had been drinking, and when the dispute got out of hand, Talton was thrown out of the saloon, and Elliott was forcibly held inside, giving time for Talton to getaway. However, Talton concealed himself outside the saloon, and when Elliott came out, Talton attacked him and cut his throat. Talton was later arrested, convicted of the murder, and sentenced to death. He was hanged in Tahlequah, Oklahoma, on July 31, 1896.

Jackson W. Ellis – U.S. Deputy Marshal commissioned in the Western District of Arkansas in 1885.  At the same time, he also served as an Indian Policeman in the Choctaw Nation.  A few months after being sworn into duty, Ellis was in a gunfight with a man named Bud Trainer in Tahlequah, Oklahoma. The trainer was killed, and Ellis was exonerated as the shooting was found to be in self-defense.  In September 1887, when Ellis tried to arrest a man named Dick Vann, who had killed U.S. Deputy Marshal Sam Sixkiller, gunplay erupted again, leaving Vann dead in the dirt. Around the same time, another murderer named Harry Finn, who had killed his father in Missouri, had fled to Oklahoma. When Ellis confronted the killer, the guns blazed again, and true to form, Ellis left the fugitive dead. On another occasion, while Ellis was riding on a train bound from Kansas City to Galveston, Texas, four train robbers attempted to rob the mail and express cars. However, along with Train guard Jack Frazier, Ellis fought off the bandits, forcing them to flee. Though the train robbers managed to make off without about $1,000, this was only a fraction of the cash held in the two cars. By 1890, Ellis was practicing law as well as acting as a law officer. After 16 years of working in the Indian Police, he finally resigned from his duties as a lawman in 1902.

William “Bill” Ellis – U.S. Deputy Marshal, commissioned on October 30, 1889, in the Western District at Fort Smith, Arkansas. On May 16, 1890, when Ellis attempted to arrest a whiskey peddler named R. A. Beck, a shoot-out ensued, and Beck was killed. In November 1892, Ellis was one of the 16 deputy marshals summoned to capture the notorious Cherokee outlaw, Ned Christie. Christie, however, resisted arrest and was killed.  In 1897, Deputy Marshal Ellis was appointed by Marshal J. P. Grady to work in the Central District of Indian Territory.  After Ellis retired from his lawman duties, he moved near Antlers, Choctaw Nation, where he established the X-T Bar Ranch, which he operated until 1920.

Campbell Eoff – A U.S. Deputy Marshal and turnkey of the Fort Smith, Arkansas jail, Eoff worked when Cherokee Bill tried to escape on July 26, 1895.  In the melee, fellow turnkey Larry Keating was killed. The escape attempt ended only when outlaw, Henry Starr, talked Cherokee Bill into giving up his weapon.

T. J. Ernest – U.S. Deputy Marshal in Indian Territory. He was riding with U.S. Deputy Marshal Famous Smith in September 1897 when the pair attempted to arrest a noted Texas outlaw named Dave Vaugh, who had been terrorizing the Illinois and Sequoyah Districts for several months.  However, Vaugh resisted arrest near Fort Gibson and pulled his guns. When the smoke cleared, the outlaw was dead.

Will “Bill” Etherton – UU.S. Deputy Marshal assigned to the Cheyenne Reservation in Indian Territory. On one occasion, Etherton arrested notorious outlaw Bill Dalton in a saloon at Stillwater, Oklahoma, before transporting him to the Guthrie federal jail.  It was the last time the fugitive was ever arrested. However, he soon overpowered his jailer and made his escape, only to be later killed by fellow U.S. Deputy Marshal. 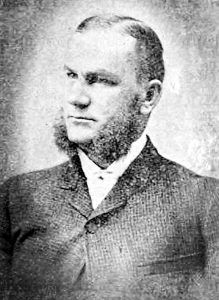 Joseph W. Evans (1851-1902) – A Wells Fargo Special Agent and U.S. Deputy Marshal in Arizona. Evans was born in Fayetteville, North Carolina, but made his way west when he grew up. In 1872, he had landed in Phoenix, Arizona, where he worked as an expressman for the Arizona Stage Company. Working his way up, he became a general supervisor in 1877. Later he served as a special agent for Wells Fargo until he was appointed a U.S. Deputy Marshal in 1880 by Crawley Dake in 1880. Evans was present in Tombstone, Arizona, during the Gunfight at the O.K. Corral in October 1881 and friends with the Earps. He allegedly helped them to escape Tucson, Arizona, after they killed Frank Stilwell. After leaving his position as a lawman, Evans made his living in real estate and became a prominent businessman in Phoenix. He lived there until his death on May 28, 1902.