A land of extremes, Death Valley is one of the hottest, driest, and lowest places on earth. With summer temperatures averaging well over 100 degrees and a long history of human suffering in the vast desert, the valley is aptly named. However, this place of eroded badlands, sand dunes, and golden hills also has a haunting sense of beauty. Continue reading, or see one of our many related articles.

Ashford Mine and Mill in Death Valley 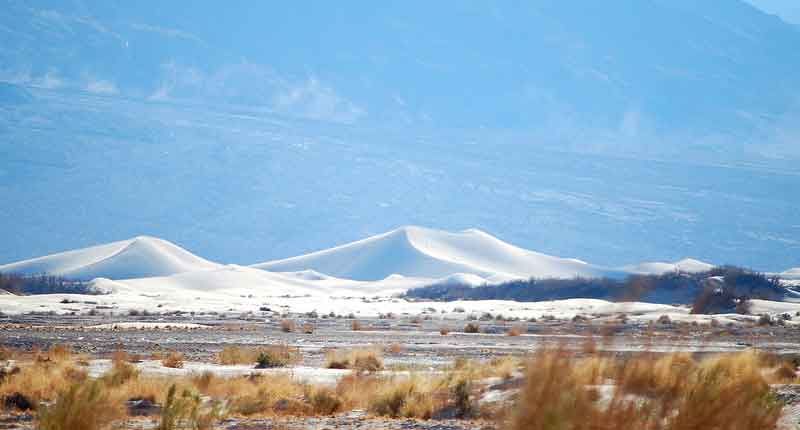 Long before white settlers came upon the valley, four separate groups of Native Americans inhabited these desolate lands. Some 9,000 years ago, the Nevares Spring People, a group of primitive hunters and seed gatherers, lived in the valley at a time when lakes still existed, the climate was mild, and the game was plentiful.

Four thousand years later, the Mesquite Flat People occupied the valley, then the Saratoga Spring People arrived about 2000 years later. By then, the basin had become a hot, dry desert. About 1,000 years ago, the Desert Shoshone camped near water sources in the valley during the winter but moved to the cooler mountains in the summer. 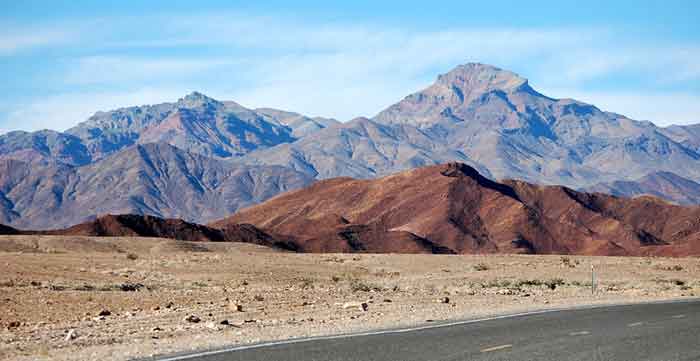 The nomadic Shoshone enjoyed the valley for centuries until the first groups of emigrants began to enter the area on their way to the California goldfields.

The first white pioneers to come to the valley was a group of California-bound emigrants who split off from a wagon train headed out of Utah in 1849. Sure that they could save time by cutting across the valley, the group became known as the “Lost 49’ers.” Lost and out of food, the group finally made their way out of the desert, giving its name when they declared “Good-bye, Death Valley.” During their hellish trip across, one of the miners found silver ore and would later fashion it into a gun sight. The ore found in the desert was quickly nicknamed the Lost Gunsight Mine, which began a mining boom that would last for more than a century.

From the 1880s to the turn of the century, mining was limited and sporadic in the Death Valley region, with many of the mining districts meeting with a notable lack of success. This was primarily due to a lack of water and fuel, difficulties in transportation, and inefficient technology. However, there was one long-term profitable ore mined in the area – borax, a mineral used to make soap and other industrial compounds. The Harmony Borax Works became one of the earliest successful mining operations, operating from 1883 to 1888. The mine was famous not only for its rich borax deposits but also for the Twenty Mule Team wagons used to transport the partially refined mineral.

Greater technology, machinery and transportation renewed the Interest in gold and silver mining in Death Valley after the turn of the century. Before long, mines sprang up at Skidoo, Rhyolite, and Keane Wonder that became large-scale operations. Flourishing during the first decade of the 20th century, the mines slowed down and by 1915 large-scale metal mining had ended in Death Valley. 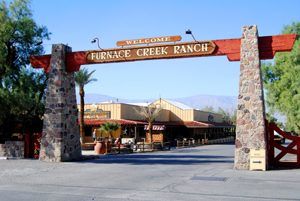 In the 1920s the first tourist facilities in the valley were lodged in tent houses at the site of Stovepipe Wells. Seven years later, one of the borax companies turned its crew quarters at Furnace Creek Ranch into a resort and built the Furnace Creek Inn. The valley quickly became popular as a winter destination, and in February 1933 President Herbert Hoover signed the proclamation creating Death Valley National Monument, encompassing almost 3,000 square miles.

Other facilities that started out as private getaways, were later opened to the public. Most notable among these was the Death Valley Ranch, better known as Scotty’s Castle. This large ranch home, built in the Spanish-ranchero style, by retired millionaire businessman, Albert Johnson, became a hotel in the late 1930s. Largely due to the fame of an eccentric man who went by the name of Death Valley Scotty, the site soon became a tourist attraction.

The creation of the National monument resulted in a temporary closing of the lands to prospecting and mining in February 1933. However, by an agreement made prior to the establishment of the monument, the valley was reopened to mining in June of the same year.  As improvements in mining technology allowed lower grades of ore to be processed, open pit and strip mines began to scar the landscape.  Finally, the public outcry led to greater protection for all national park and monument areas in the United States. 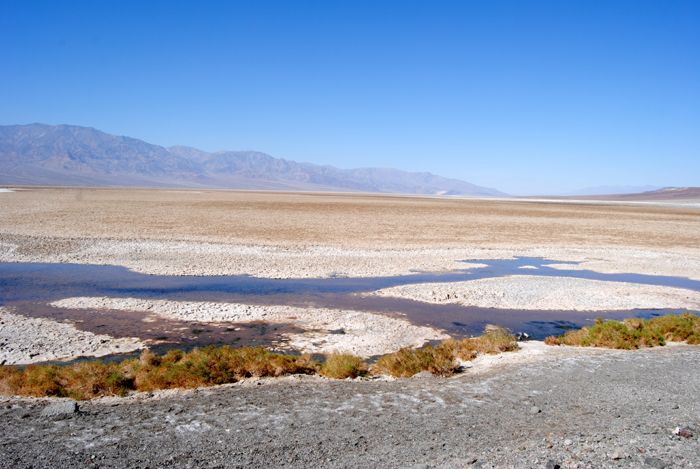 In 1976, Congress passed the Mining in the Parks Act which closed Death Valley to the filing of new mining claims, banned open-pit mining and required the National Park Service to examine the validity of tens of thousands of pre-1976 mining claims. Mining was allowed to resume on a limited basis in 1980 with stricter environmental standards and today the park continues to monitor almost 150 mining claims though only one active mine continues operations.

In 1994, the Monument was promoted to the status of National Park and was substantially expanded as about 1.3 million acres were added, making it the largest national park in the contiguous United States.

Activities abound in the park including sightseeing personal automobiles, 4-wheel drive vehicles, bicycling, hiking, and camping. Park Rangers provided interpretive programs from November through April, and tours are provided at Scotty’s Castle for a fee.

Death Valley is also filled with a number of ghost towns including Ballarat, Leadfield, and Panamint City, in California; Rhyolite and Chloride City in Nevada, and dozens more. 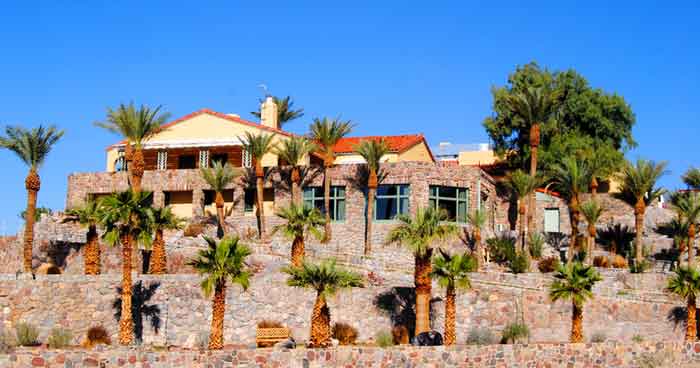 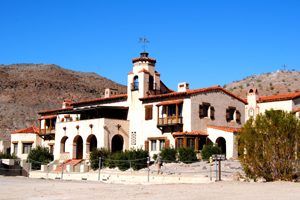