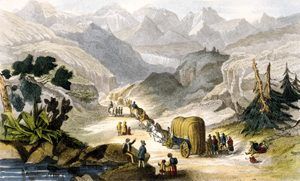 Emigrant party on the road to California

The picture that comes to mind for most people when women are discussed in the context of historical travels to California is that of the overland wagon trains moving westward, peopled by sturdy and daring pioneers who arrived in California after the discovery of gold in 1848. A few might also mention that some of the women came by ship, interrupting their voyage with an arduous trek—on foot or by mule—across the Isthmus of Panama, all the while with small children in tow. Even fewer people are aware that these women were relative latecomers to the Golden State, as California came to be known.

At the time Anglo-Americans began arriving in California in large numbers during the 19th century, they were part of the third wave of migration to the Pacific Coast. The first immigrants were Indians who had lived in California ten to fifteen thousand years before the region was visited by Old World explorers. A prevalent myth that the rich land was empty, ripe for colonization, is refuted by recent studies indicating that “at the time of Euro-American contact, California was more densely populated than any area of equal size in North America, north of central Mexico. What was labeled “wilderness”, actually harbored human gathering and hunting sites, burial grounds, work sites, sacred areas, trails, and village sites. 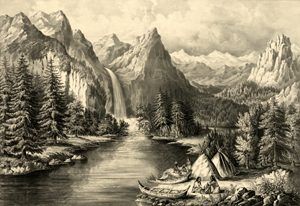 Our understanding of the California Indians is limited by the absence of written cultural artifacts, except for a few drawings on cave or canyon walls, and is further hampered by a lack of understanding of the ecology of California’s landscape before European contact, which took place over several centuries.

What is clear, however, is that the Indians altered the physical environment through planting, pruning, irrigating, and periodically burning vegetation and that Indian women played major and very specific roles in these activities.

There is, however, an abundance of written source material about the second wave of immigrants who settled the borderlands in the northernmost portion of the Spanish empire. Incursions by the British and Russians, and the fear that others might attempt to claim additional areas of the North American continent motivated Spain to create a strong military and human presence along the California coast. Between 1769 and 1821, 20 missions, four presidios, and three civil communities known as pueblos were built, stretching from San Diego to just north of San Francisco. 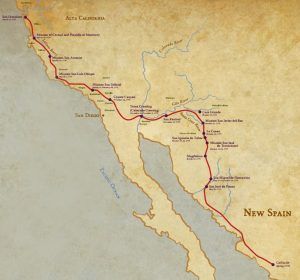 Anza established, for the first time, an overland route across the desert, connecting established portions of New Spain with the California outposts, 600 miles of which required blazing a new trail. His first expedition in 1774 transported 40 soldiers, 12 women, and several children. By the time he returned to Monterrey, Mexico, to report his success to his superiors, he had covered over 2,000 miles.

The opening of the trail was maintained by preserving friendly relations with the Indians in its vicinity. A continuing need for settlers to protect Spanish interests in the region led to his most stunning success — shepherding 240 men, women, and children, including seven infants under the age of eight months, across the desert and up the California coast.

The expedition left Tubac on October 23, 1775. Winter came unusually early that year; it was unseasonably cold with a record-breaking amount of snow and ice and the colonists, used to the warm climate of Mexico, were unprepared for the hardships they faced. Rations were short, finding potable water was difficult, people and livestock sickened, and many of the animals weakened or died. 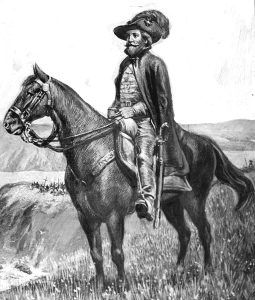 Despite the adverse conditions, Juan Bautista de Anza arrived at Monterey, California, with two more people than he had enlisted for the long journey to Alta California, three of whom were born on the trail. He lost only one person the entire trip, a mother of six, Señora Felix, who died in childbirth the first night. All of the rest of the party, including the newborns, survived. Such a successful outcome overland to California was never equaled — before, during, or after the Gold Rush — and had the 13 diaries penned on his two expeditions been written in English rather than Spanish, Anza would today be known throughout the world as a famous leader and the names of some of the remarkable women who traveled with him would be remembered.

Although none of the women traveling north from Mexico left written journals of their thoughts, feelings, and experiences on the trail, fascinating vignettes can be extracted from the diaries kept by the men who accompanied them. For example, we know that, because the primary purpose of the 1775 expedition was to populate Spanish California, Anza actively recruited young married couples and that three marriages took place along the way. The ideal of 18th and 19th-century womanhood influenced the recruitment of suitable colonists from among the poorer Mexican families. Spanish expectations for women were, by and large, those that crossed national and cultural lines: western women were to be pious, pure, domestic, and modest, whether they were English, French, or Spanish-Mexican. There were, however, some exceptions to the general patterns of behavior and family composition expected of all women regardless of their social class.

From the beginning, families were sent to these outposts for the express purpose of increasing the population of Spanish citizens. In addition to the relatively few people who could be considered Hispanic, having been born in Spain or of solely Spanish ancestry, the vast majority of the colonists came from Mexico, where some of their families had lived for at least two generations. Included were many mestizos, who were part Native American and part Spanish or Mexican, and mulattoes and blacks. California, already populated by multiple Native American cultural groups, with the arrival of these newer immigrants, became a model of diversity that continues to the present day.

Among the best-documented expeditions in North American history are the two overland journeys led by Juan Bautista de Anza in 1774 and 1775. How colonists from the Spanish provinces of Sinaloa and Sonora in what is now Mexico migrated as families to the San Francisco Bay area — traveling from the Tubac garrison on Sonora’s northern frontier; traversing the Sonoran desert, the treacherous Gila and Colorado Rivers, and rugged mountain ranges; and then moving up California’s Central Valley — is one of the most amazing and least known stories in American history. 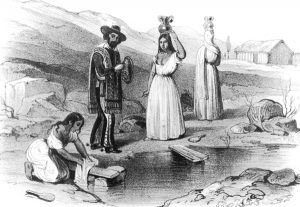 The women who accompanied Anza were primarily from the lower classes of Mexican society. One of them, however, was not from that social grouping. Maria Feliciana Arballo was born into a wealthy family in Spain and was only 20 years old when she and her mestizo husband signed on to travel with Anza. In part, the journey to California would have helped them to escape the rigid class society in established parts of the Spanish empire that denigrated her husband on the basis of color and race. His sudden death prior to the journey did not deter her from insisting that she and her two young daughters be permitted to accompany Anza to California. Perhaps the persuasiveness of her arguments convinced Anza, despite strong objections from Father Pedro Font, to make an exception to his policy that all women be accompanied by male family members. She and her daughters, one riding in front of her, the other behind, traveled on horseback all the way to California. Once there, she again asserted her independence by leaving the group in San Gabriel, where she entered into a second marriage. The man she chose was also a mestizo soldier.