The Midland Trail, also called the Roosevelt Midland Trail, was a national auto trail spanning the United States from Washington, D.C., west to Los Angeles and San Francisco, California. The first road signed in 1913 was one of the first, if not the first, marked transcontinental auto trails in America. 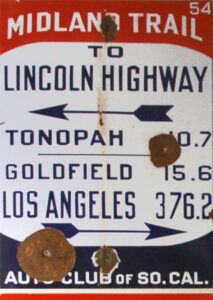 The National Highways Association was established in 1911 to promote the development of an improved national road network in the United States. Under the slogan “Good roads for everyone!” the National Highways Association advocated the building and permanent maintenance by the federal government of a system of 50,000 miles of highways. This system was to be composed of six main national highways, 13 national trunk highways, and 40 link highways. The link highways, the Association explained, would connect “the Mains and Trunks” and reach out “in all directions until the country as a whole is covered with almost a spider-web tracery of highways.”

The early routing of the Midland Trail, from east to west, began in Washington, D.C., and continued through Richmond and Clifton Forge, Virginia, to Charleston, West Virginia, and passed on through Morehead, Kentucky to Lexington and Louisville, Kentucky; Vincennes, Indiana; Salem, Illinois; St. Louis, Sedalia, and Kansas City, Missouri, to Topeka, Kansas; to Limon and Denver, Colorado.

In central Nevada, the highway continued across the Great Basin Desert through Ely and Tonopah, then turning south at Goldfield in the Amargosa Desert and west into California at Lida and over the Inyo Mountains and the White Mountains through Westgard Pass. 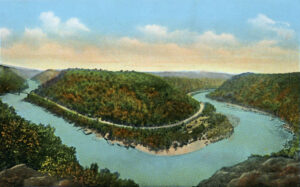 At the junction in Big Pine, California, in the Owens Valley, the original routing then split into four options: 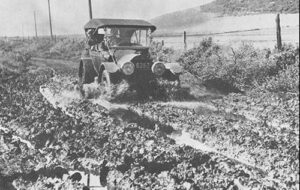 By 1926 there were over 250 named highways; this was a traveler’s nightmare of deciphering specific locations, distances, travel times, and other touring logistics. That year, the National Highway Association replaced highway names with numbers… a merciful gesture and improvement for travelers. Soon after that, the memory and name of the Midland Trail eroded into history. 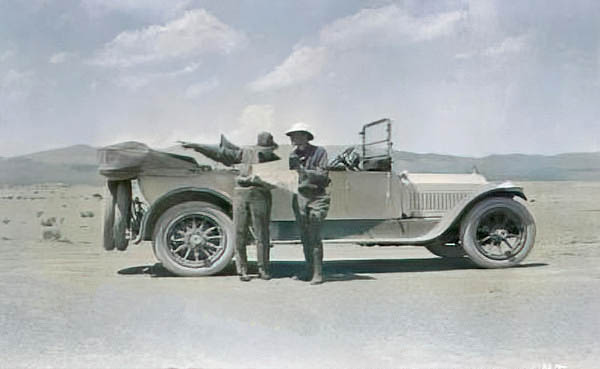