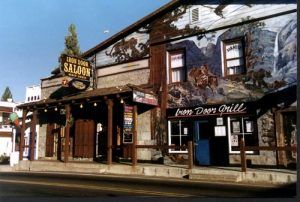 Built in 1852, the Iron Door Saloon in Groveland is the oldest saloon in California.

Around 200 buffalo roam on Catalina Island, descendants of a few taken there in the 1920’s for a movie and left there.

In Arcadia, peacocks have the right of way to cross any street, including driveways.

All gray whale calves are born in the warm, shallow lagoons of Baja, California.

Ice cream may not be eaten while standing on the sidewalk in Carmel.

Faced with rapid growth due to the Gold Rush, California got a boost when the United States Congress allowed it to jump straight to full statehood without going through the formal territory process most other states went through. Congress accepted California as a free-labor state under the Compromise of 1850 on September 9, 1850.

Every plant in Tomorrowland at Disneyland is edible. Guests are welcome to help themselves to bananas, strawberries, tomatoes, and more.

More avocados are grown in Fallbrook than any place else in the U.S., hence its nickname – the Avocado Capital of the World.

You cannot bathe two babies in the same tub at the same time in Los Angeles.

Approximately 8% of Californians are vegetarians.

In Alhambra, California it is illegal to leave your car on the street overnight without the proper permit.

It is prohibited to sleep in a parked vehicle while in Cathedral City.

The City of Los Angeles, spread over 467 square miles, is the hub to a five-county metropolis of 34,149 square miles.

Everyone knows Los Angeles is the entertainment capital, but it is also a fine arts Mecca that boasts over 300 museums.

In Cathedral City, it is against the law to ride a bicycle through the “Fountain of Life”.

The Coachella Valley is known as the Date Capital of the world. California grows 99.5% of all dates grown in the United States, and Arizona produces the rest.

In Carmel, it is against the law for women to wear high heel shoes.

California produces over 17 million gallons of wine each year.

Fresno, California is the Raisin Capital of the World. 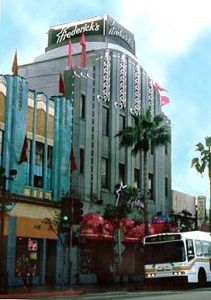 Frederick’s of Hollywood was started by Frederick Mellinger, inventor of the push-up bra, in 1946. The flagship shop for the well-known lingerie retailer, located on Hollywood Boulevard has become a local landmark.  In addition to a never-ending selection of bras and panties, the location also houses The Lingerie Museum which features the Celebrity Lingerie Hall of Fame, exhibit a collection of undergarments worn by Hollywood stars.

If you detonating a nuclear device within the city limits of Chico you will receive a  $500 fine.

The Palm Springs American Legion Post dining room permanently maintains a table for one. It is set for dinner and no one is allowed to use the table. It is being maintained for a Missing in Action or Prisoner of War serviceman or woman when he or she returns home.

It is illegal to pile horse manure more than six feet high on a San Francisco street corner.

In Santa Monica, it is against the law to play percussion instruments on the beach.

It is illegal to own a green or smelly animal hide in Chico.

The largest three-day rodeo in the United States is held on the Tehama County Fairgrounds in Red Bluff.

Crushing rocks within the Indian Wells city limits is forbidden.

Since it opened in 1937 the Golden Gate Bridge in San Francisco, more than 1,200 people have plunged 220 feet to their deaths.

Persons classified as “ugly” may not walk down any street in San Francisco. 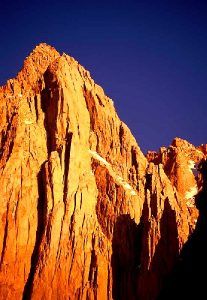 California’s Mt. Whitney is the highest peak in the continental U.S. at 14,495 feet.

In Norco, all persons wishing to keep a rhinoceros as a pet must obtain a $100 license first.

It is illegal for women to drive in California while wearing a housecoat.

At Anza-Borrego Desert State Park and the Salton Sea State Recreation Area, summer temperatures are in the range of 120°

The tallest tree in the world, at 369 feet, is in Humboldt Redwoods State Park.

In San Jose, if you have more than two cats or dogs you are breaking the law.

In the late 1850s, Kennedy Mine, located in Jackson, served as one of the richest gold mines in the world and the deepest mine in North America.

In Pacific Grove there is a law on the books establishing a $500 fine for molesting butterflies.

Located in Sacramento, the California State Railroad Museum is the largest museum of its kind in North America.

Bowling on the sidewalk is illegal in Chico.

Death Valley in southern California is the lowest point in the United States at 282 feet below sea level.

If your dogs are found mating within 500 yards of a church in Los Angeles, you could be punished by a fine of $500 and/or six months in prison.

It is estimated that each year there are approximately 500,000 detectable seismic tremors in California. 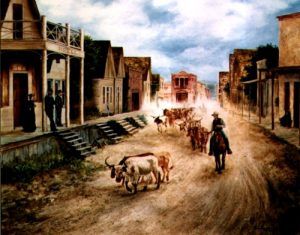 Driving a herd of cattle down a street is against the law in Chico.

Los Angeles law forbids you from licking a toad.

The hottest day ever recorded in the United States was on July 10, 1913, at Death Valley, California, when the temperature reached a scorching 135 degrees.

Over 30,000,000 Legos were used to construct the attractions and decorations at Legoland in Carlsbad, California.

You may not hunt moths under street lights in Los Angeles.

You are breaking the law if you grow oleander flowers in Norco.

The best view in the United States is at Mount Diablo State Park.  From the top of the 3,849-foot summit more of the earth’s surface can be seen than any other peak in the world, except Mt. Kilimanjaro in Africa.

If you live in San Diego and you don’t take down your Christmas lights by February 2nd, you could be fined up to $250.

Over 200 years ago, winemaking made its debut in California. Although many people think it began in the vineyards of Napa Valley, winemaking actually started in San Juan Capistrano. 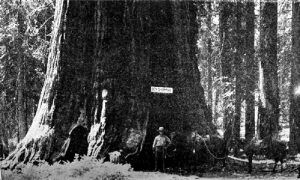 The General Sherman Tree in Sequoia National Park, California, is the largest tree in the world, weighing more than 6,000 tons.

In 1925 a giant sequoia located in California’s Kings Canyon National Park was named the nation’s national Christmas tree. The tree is over 300 feet in height.

It is against the law to ride a bicycle in a swimming pool in Baldwin Park, California.

Alpine County, one of the smallest in California has no high school, ATMs, dentists, banks, or traffic lights.

In Burlingame, it is illegal to spit, except on baseball diamonds.

If you cry on the witness stand in Los Angeles, you are breaking the law.

California is bigger than eighty-five of the smallest nations in the world.