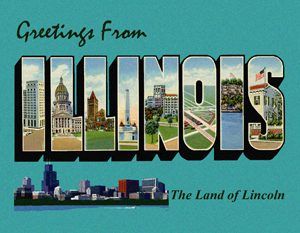 For the most part, Illinois Route 66 glides evenly and easily through the State in a diagonal direction between Chicago and St. Louis. Generally, it follows I-55, but several alignments zig-zag over, under, and parallel the interstate.

In the Land of Lincoln, the path begins near the shore of Lake Michigan. Connecting the Midwest with the golden state of California, the road from Chicago initially followed State Route 4 from Chicago to East St. Louis. This original gravel road was built before Route 66 even existed and was first called the Pontiac Trail in 1915.

Enjoy your journey through the Land of Lincoln. 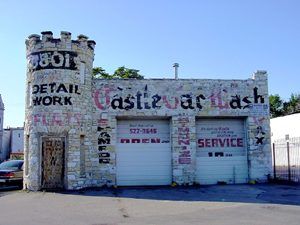 The Castle Car Wash in Chicago washed its last car many years ago. By Kathy Weiser. 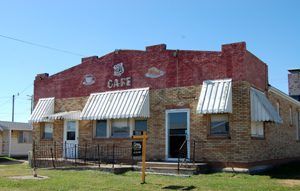 The old Route 66 Cafe in Litchfield, Illinois,
by Kathy Weiser-Alexander. 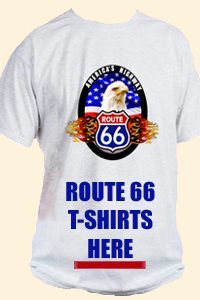 Joliet – Route 66 in the Chicago Suburbs

Wilmington – Home of the Gemini Giant

Dwight – Not Just A Bump In The Road

Normal and Bloomington – Heart of Illinois

McLean and Atlanta – Villages Along Route 66

Virden and the Coal Mine Wars

Leaving the Land of Lincoln via Mitchell

Get Saucy in Collinsville

You’re At the Beginning!