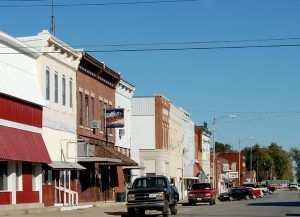 Just four short miles south of Virden sits the town of Girard, Illinois, a village of about 2,200 people. One of the first settlers in the area was a Frenchman named Girard, who built a sawmill on the banks of Mill Creek. By 1834 more pioneers were also living in the area, including W.T. Bristow, Daniel Black, Elisha Smith, Dr. Edwards, and Colonel George Mather.

With the settlers becoming more numerous, a stage line from Springfield to Alton, Illinois, began to run through the area. Built along an old Indian Trail, this road would later become Illinois State Route 4 and Route 66.

In 1834, Dr. Edwards and George Mather laid out a townsite and named it Girard after the Frenchman and his mill. However, their plat was never recorded, and the “town” wouldn’t be established for more than two decades. About a mile and a half north of the present-day town of Girard, a man named John Henderson established a stage stop in 1835. He would later sell the stop to John Virden, for whom the town of Virden was named.

By 1843, there were enough settlers in the area that a schoolhouse was built in the southwest corner of Girard Township and was taught by Elizabeth McCullough. 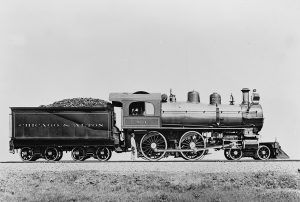 In 1852, when the Chicago & Alton Railroad was built through the area, there was much more interest in establishing the town. In the spring of 1853, another townsite was laid out by Barnabas Boggess and Charles Fink, which encompassed much of the same land as the 1834 plat. Lots were then sold for $20 each.

The first homes were located near the square, which was brought in from the country by Barnabas Boggess. Another was built by Sam Boggess, which also served as the town’s first boarding house. J.S. Warfield built a new home and established a blacksmith shop. Harriet Purdy taught the first privately operated school.

In 1854 several businesses were erected, including Alfred Mayfield’s General Store and W.E. Eastman’s drug and merchandise store. J.W. Woodruff built a warehouse and shipped the first carload of wheat from Girard. Daniel Macknett established a lumberyard that he owned until 1893. It would operate for more than a century. The post office and the first hotel, called the Girard House, were also established in 1854.

The town was incorporated on February 14, 1855. The first flour mill was built on Mill Creek by H. Hall, and the first church was built. It was a shared building utilized by all denominations until each could build their own.

William Lancaster established a brickyard in 1857. Operating until 1898, many of the buildings that still stand today were made by the brickyard. The first newspaper was started that same year – the Girard Enterprise. It was published until 1879, when the Girard Gazette also began. The Gazette still operates today.

In 1858 a public school was built after the town had voted to support a property tax to meet its expenses. The wooden schoolhouse would serve all grades until it burned in 1870. 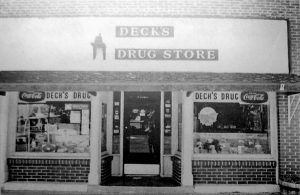 The oldest business in Girard is the Deck Drug Store. Dr. Clark initially established it in 1865, who had an office on the upper level. He was joined by Lewis Deck in 1884, who ran the pharmacy and later became the sole owner. Passing the business to his sons, the drug store was family operated until 2001. It was then sold and operated by new owners before closing down a couple of years later. This was the first time that Girard was without a pharmacy of its own. Today, the building operates as Doc’s Soda Fountain and Deck’s Pharmacy Museum. Still serving up great old-fashioned treats and filled with pharmacy memorabilia, it’s a great place to stop.

Two years later, in 1867, Bowersox Clothing Store opened. Though changing ownership several times, it remained in business until 1976. That same year, F.W. Ring came to Girard and opened a bakery and restaurant. A well-educated and accomplished musician, he also organized and trained a band that became the best in Central Illinois. He traveled by train to every significant celebration of any kind to furnish entertainment. 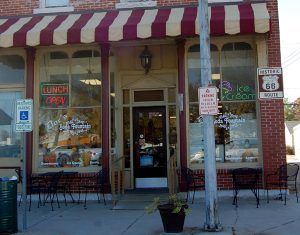 Girard began to grow when the Girard Coal Mine was sunk in 1869. Girard would be called home to nine different mines throughout the years, at their peak employing some 600 men. The Girard Coal Mine closed in 1922, dealing a terrific blow to the town. Only one mine is in operation today.

The St. Nicholas Hotel was built on the south side of the square in 1870. A new two-story school was built the same year of red brick, which contained eight rooms and seven teachers. The State Bank of Girard opened in 1873, which operated for decades.

By 1870, Girard was called home to about 1,500 people, three steam flour mills, a butter, and cheese factory, numerous merchandise stores, a lumber yard, two hotels, and five churches. The school served some 400 students.

In 1879, a fire started in a coal mine shaft while all the men were down below. Extremely frightened for their friends and loved ones, the townsfolk rallied, and every bit of salt in the city was dumped into the shaft, saving the men from certain death.

A Lock Factory was established in 1880, which would operate for the next 40 years.

Dodson’s Opera House was opened in 1893, serving as the cultural center for the town. Roadshows, vaudeville companies, musical troupes, and home talent productions were held there regularly. Later it also showed first-run movies.

Continuing to thrive during its coal mining years, its public square was lined with various businesses often not found in so small a town. Unfortunately, many of these first buildings, constructed of wood, have been destroyed through the years by fire. When they were rebuilt, however, they were constructed of brick. The last two frame buildings were destroyed by fire in March 1909. Later that year, in October, a more significant fire took the businesses of ten men on the west side of the square, even though they were built of brick. The fire was thought to have been started by a burglar because the safe of Dr. Riffey’s drug store had been rifled. The following year, another fire took out several buildings on the square’s northeast corner, including the Girard House Hotel.

The first cement highway to raise Illinois out of the mud stage was State Route 4, passing through Macoupin County from north to south. It was built through Girard and Virden Townships in 1921. Girard then began to work on its streets, first around the square, which was paved, and the other roads were oiled and rocked.

1922 was not a good year for Girard, as the closing of the Girard Coal Mine dealt a significant economic blow to the community. Making matters worse was a mining disaster that occurred in December. When gas ignited an explosion of an unused part of the mine, several men were riding through the tunnels to the bottom of the shaft. The men in the first car were terribly burned. One man would die from his wounds, and 16 men were injured.

In 1926, Illinois State Route 4 was designated as Route 66, bringing many travelers through Girard for the next four years. The designation was removed in 1930 when the road was realigned through less populated areas to the east. 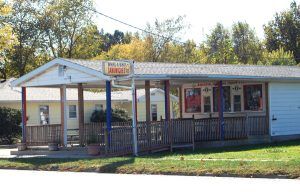 After World War II, the town declined as people began to drive their vehicles into larger cities to do their shopping.

Today, Girard’s population is about, 2,200 people and the village provides numerous peeks at its history. Visitors will find several historic buildings on the square, including the Ring Building located on W. Center St. on the north side. It features Mesker ornamental sheet metal and cast-iron facades that were very popular in the late 1800s and early 1900s. The handsome former People’s Bank building is also located on the north side of the square. Organized in 1893, the bank built this building in 1919. Unfortunately, the bank itself was a casualty of the Great Depression. An old brick building on the northeast corner displays a fading ghost sign on its side, designating it as the Hall Brothers Lunchroom.

A “must visit” is Doc’s Soda Fountain/Deck’s Drug Store Museum, located at 133 S 2nd St on the Girard square. After operating under three generations of the Deck family, for 117 years, the store was sold. Today it operates as Doc’s Soda Fountain, offering soda fountain ice cream and a free drug store museum.

Just about four more miles down old Route 66, you will come to the tiny little town of Nilwood, Illinois.